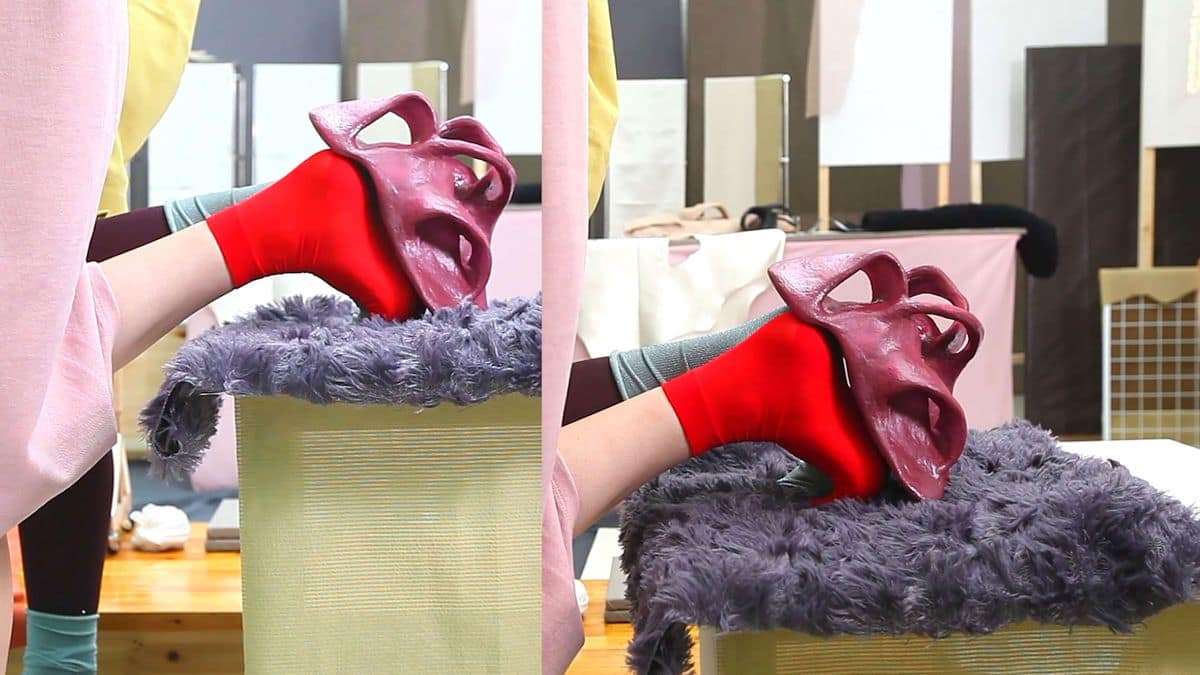 ‘Low and Fast’ is the performance video and documented film at the same times.Performance has storyline like that, two people try to talk in their own way, but there is no any particular change. They tries to make contact with objects in the shape of a body, or changes the situation by moving the space physically. However, The constant distance between the two maintains that gaps. This relationship is originated from the ball which is flying too low and fast to catch.
Sometimes Ball show too low and fast parabola. When I missing that ball, I doubt whether this ball was originally intended or not. The video 'low and fast' reveals the movement that can not reach others as shape and speed. In the process of the two subject relationship, It reveals the situation of idling without reaching each other as an abstract formative language such as position, speed, height, form, surface, and sound. At this time, the object becomes a screen as a surface.

This is a video showing the script of the ‘station’ that we can’t go. I made a stage called a station and made an abstract story with the actions that took place there. At this time, by connecting the body and objects to create a strange and optical image, it was difficult to distinguish what is the body and the background. We live with imaginations and possibilities of utopia that we cannot go to, and it is difficult to find the way to it. Nevertheless, thinking about utopia can continue life. This video removes the boundary between the body and the background and asks what the form is on the screen.

Sometimes, alive plant seems like artificial plants more than fake things. There are a lots of well made trees in the garden, decorated flowers, and flower pattern design. I seeing them every day and living with them together. On the other hands, fake things have to be shown like a real, or dead things have to be shown like alive. That is why I am confused whether living together is dead or still alive. This kind of perspective can be applied to human. My body is considered as object. Also our being is determined as surface. Seeing humans regarded as surfaces, as romantic and fantasy are projected onto plants, I have been interested in shells and volumes, inside and outside, life and death. First of all, I wrote direction text which I guess what kind of directions alive flower have to follow to become more beautiful. I made objects and installation to implement these directions with my body. In this stage, you will not be able to find out which is body and which is objects.