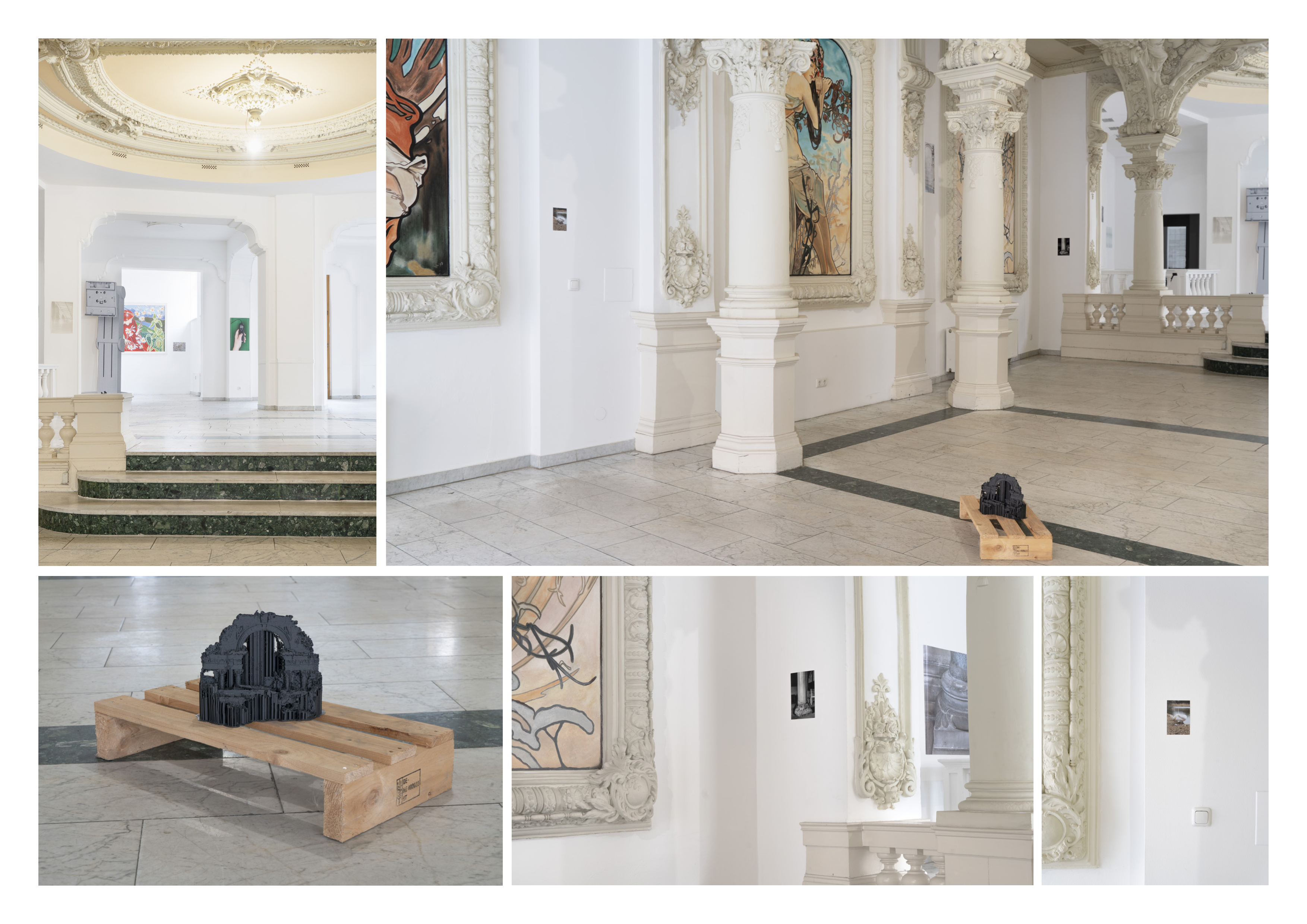 "if always wanted to take an image like that" 2020

This work deals with follies, Romanesque, Romantic, Baroque and historicizing architecture. Thus, a very classical photographic essay has been created, in which I search for fault lines of these built images and, on the other hand, trace my own fascination with these images. The work moves like a pendulum between the knowledge that images have tremendous power and a distrust of images and their claim to representation. Many of the photographs show objects and buildings that were/are meant to convey a certain claim to power and dominance by deliberately inviting wonder. For the presentation, I had partnered with an impressive neo-baroque space. In this installation, a selection of photographs was adapted for the space to merge with the space in combination with screen prints. 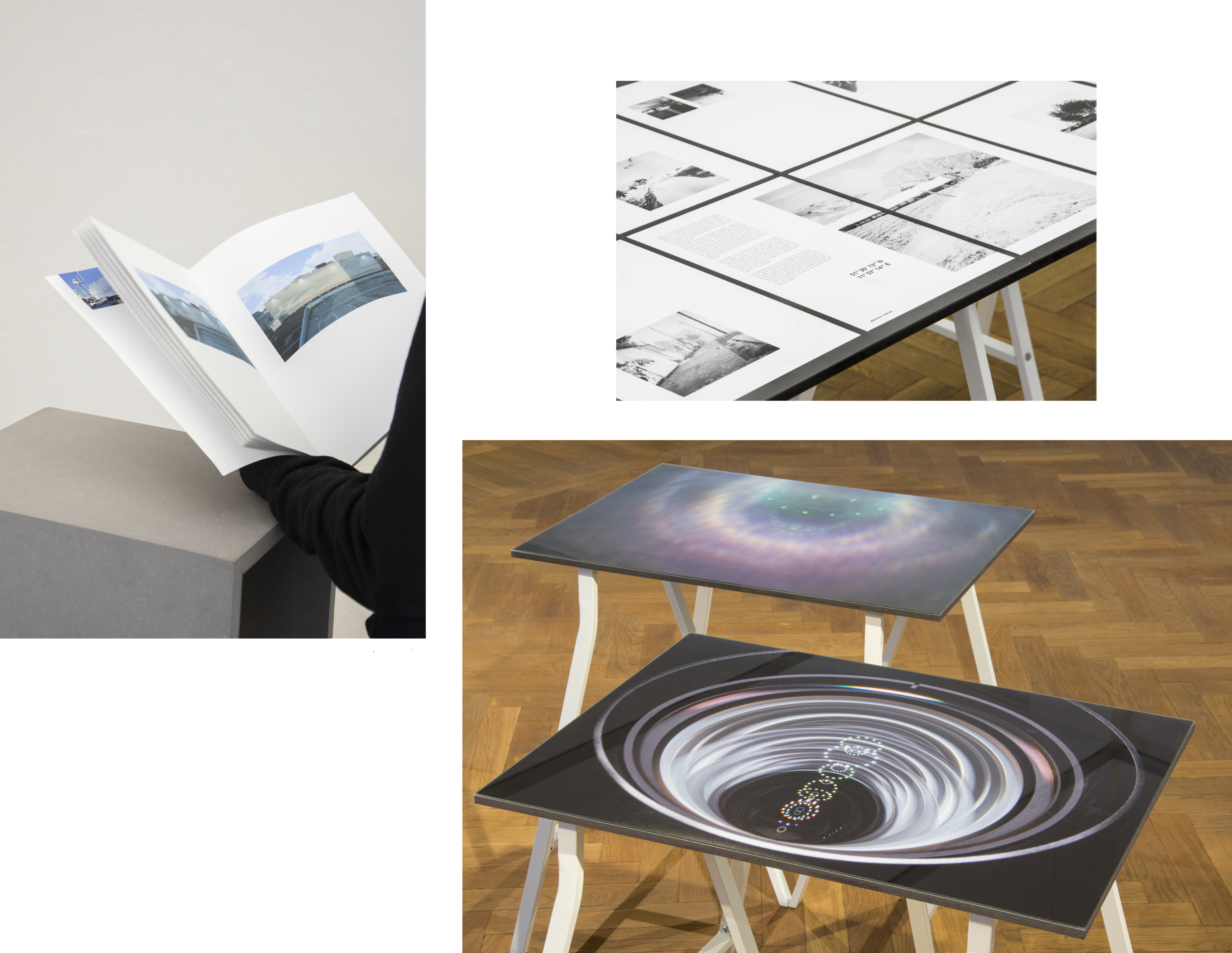 The work consists of different image types that all revolve around the question of authenticity and representation. Analog landscape shots from GTA San Andreas and a long-term observation of the rebuilt pool of Sony Picture Studios in GTA are framed by a text accompanying the installation. This is an excerpt from that text : " … The simulation is a calculated try to pass onesselfs off as if. The image that it generates is a logical one. This underlying logic in the guise of codes is written, an writing architect. As a scenographer, she constructs provisional buildings (Greek skene: tent / graphikos: relating to writing, drawing). She is the manual to erect scenery as spheres of agency. Fictions become factual realities.The freely constructed spaces are man-made landscapes, more or less concretely designed settings, tailored to the respective demands: new New Topography. …"

Site-specific installation from a section of 132 tubes.
The work reflects on the possibilities of grouping a finite sequence of similar basic units by means of an ordering system. 132 tubes of crystal glass are brought together by wooden frames to form packages of four, six or eight individual tubes. Due to the limitations of the material, the work is self-contained. Due to its modular structure, no static image has to be assigned to it. But its appearance and materiality has a draw that exceeds its simple form and structure.

I was born in a small east German town (Jena) in 1992 so i just missed being born in the GDR. In 2013 i started studying at Burg Giebichenstein Art and Design University Halle. I studied in an very open class but my work is very much focused on digital images and image creation. In that practice 3D scanning -printing and other digital fabrication technics play an as important role as traditional image making technics for example screen printing. My work is usually on the edge between of a desire for adequate images and a deep mistrust in images and their perceived representation. Another part of my work consist of commissioned work mostly for contemporary glas in an architectural context. In 2020 I finished my studies with an Diplom. During my time as a student my work was shown in a wide range of different spaces from formal museum shows to self organised off spaces.