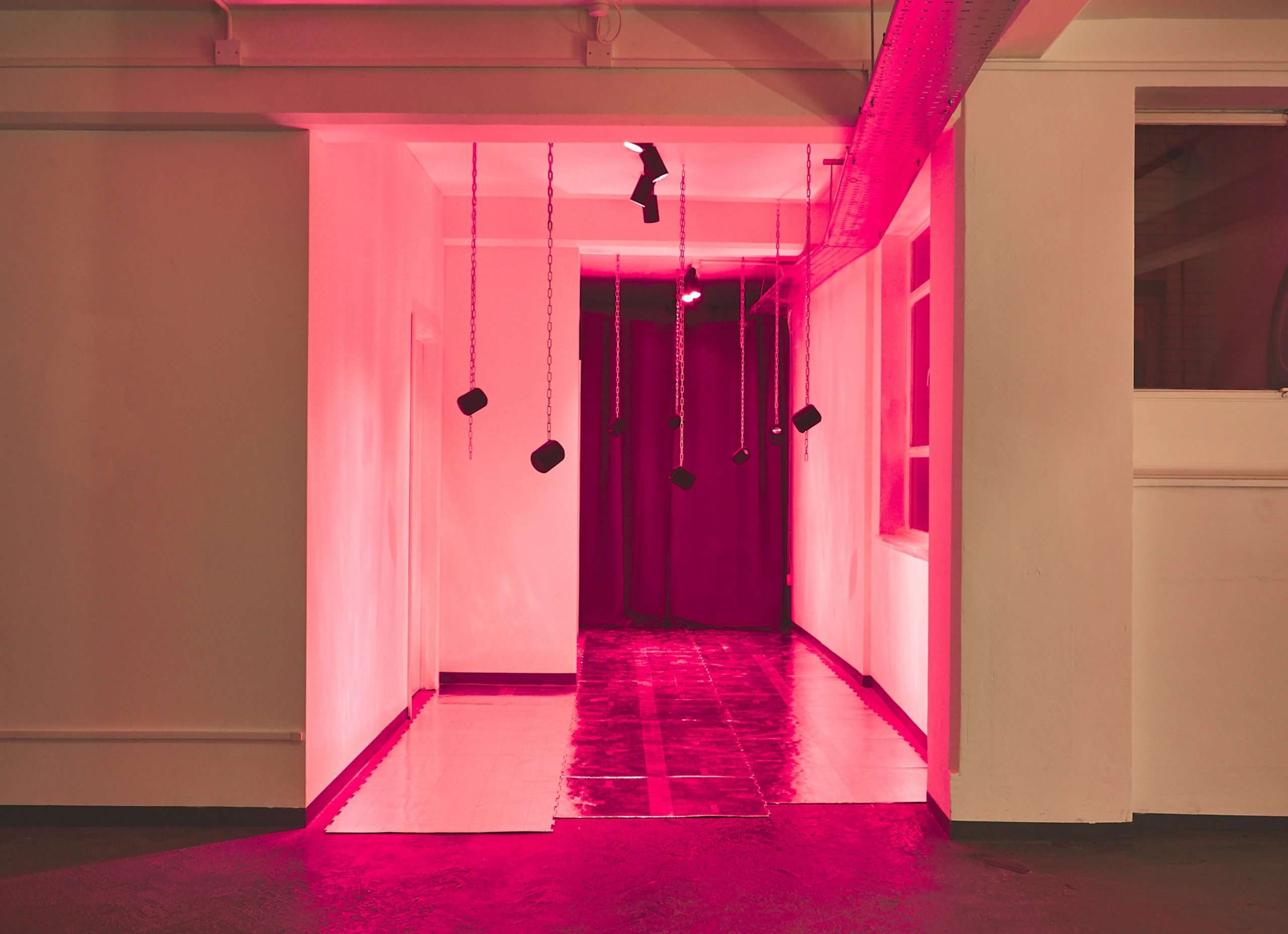 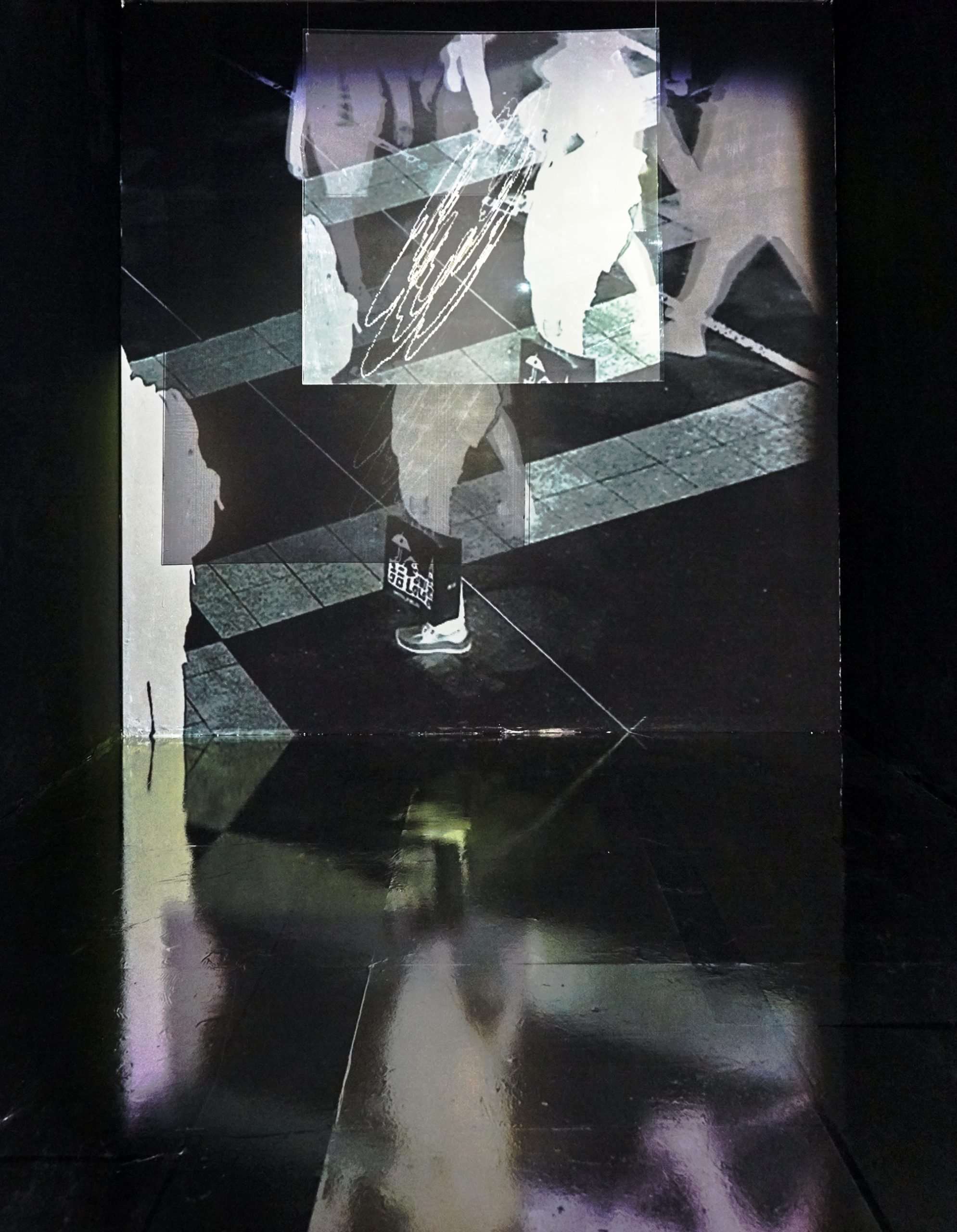 NEVER PRESENT IN POSITION, ONLY EVER IN PASSING 2019 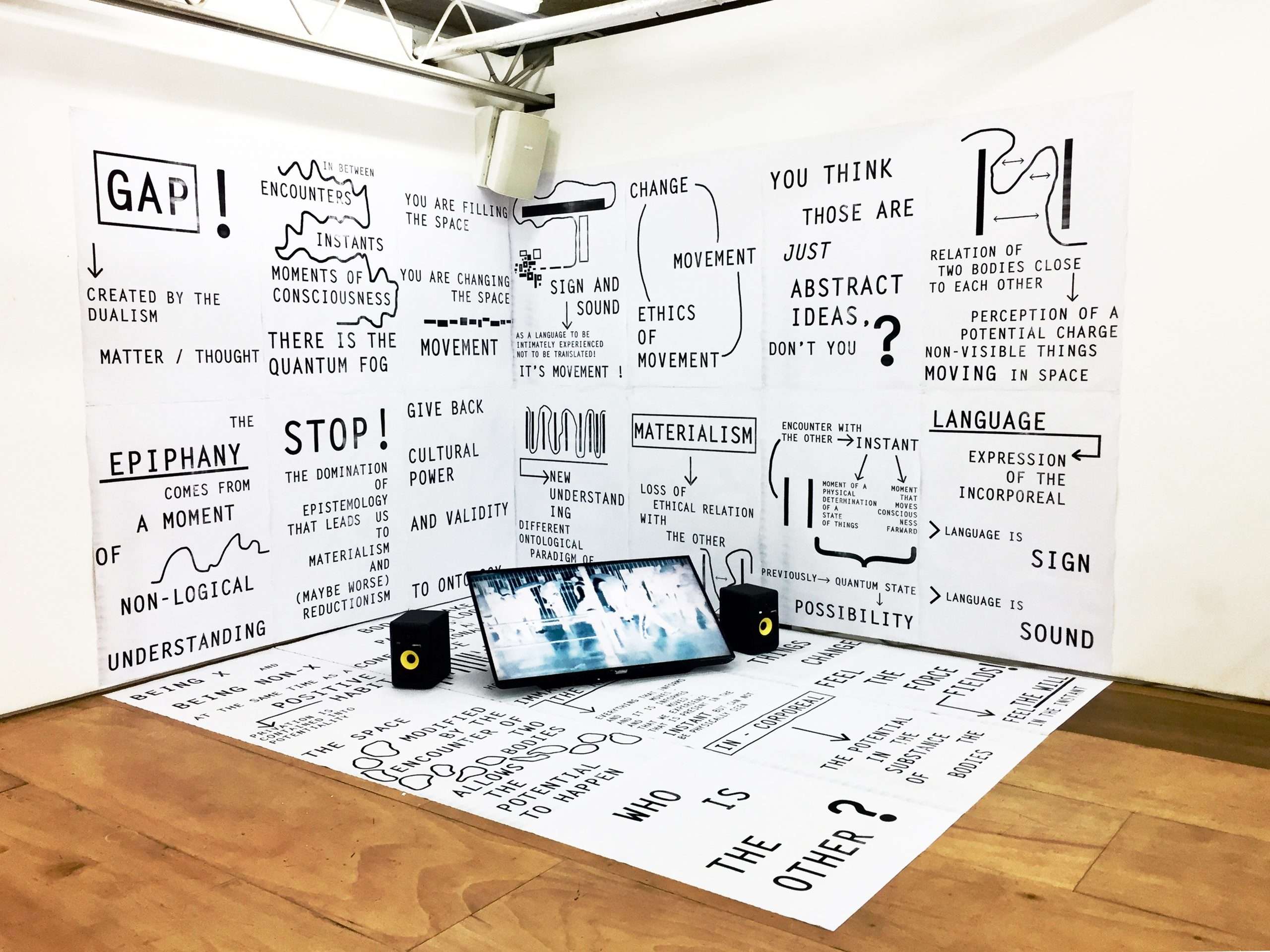 Irene Adorni was born in Parma in 1990. She studied at the Academy of Fine Arts in Bologna, graduating in Painting in 2013. She then moved to London, where she completed an MFA in Fine Art at Goldsmiths, University of London in 2019. She currently lives and works in Bologna. Her work combines different media such as video, sound, and writing to create immersive installations, in which the interaction of the public becomes a fundamental and constitutive element of the work itself. Her research is based on a reflection on the relationship between space and bodies, which embody the potentiality of the moment and go beyond their physicality, as Adorni highlights above all the incorporeal conditions of corporeality. The chaos in which we are immersed every day is another important element in her work. The artist and the audience are together part of the chaos and with their own movement they reorganise the stimuli, choosing how to compose them in order to build an ever-changing narrative.