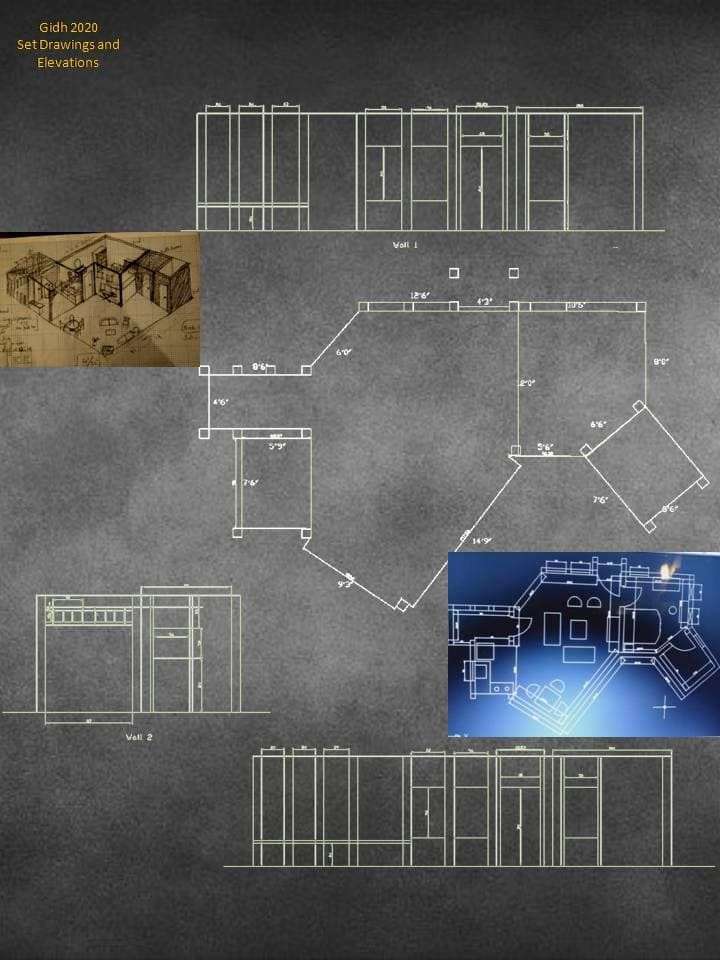 It is a theter play produced by web channel Zee5/Globe. . The play revolves around two women protagonists bound together by their shared miseries of life in a patriarchal society.
‘Gidh’ which means ‘Vulture’, delves into the lead actress mundane life which is disrupted after an unexpected visit from an unfamiliar young girl who claims to be her sister-in-law. As the plot unfolds, both the women share the trials of their respective lives which they had to undergo because of the same man – one’s brother and other’s husband. Together, they decide to do put an end to their suffering. What in fact transpires changes one of their lives forever, but not in the way that she had expected.
Iram Sana was the Art director and the theme song lyricist of the play.

A dramatic enactment of transgender lives, with powerful performances, integrating music dance and storytelling, unfolding narratives of history, separation, love, desire, celebration and loss as our characters struggle to find a third space in a polarized gendered society. Working with the khawaja sara community, the theatre piece is based on their performance practices, and highlights their history, criminalization and contemporary struggles.
Teesri Dhun investigates the khawaja saras (transgender) community’s traditional performance practices, their criminalization in colonial India and the on-going effects in post-colonial Pakistan, and how, in the context of recent legal reforms, they are drawing upon their cultural embedded performance practices to forge innovative identities in Pakistan.
Iram Sana and Dr Claire Pamment Co-Directored and devised this distinctive performance piece, the first documentary theater on the lives and struggles of transgender community. 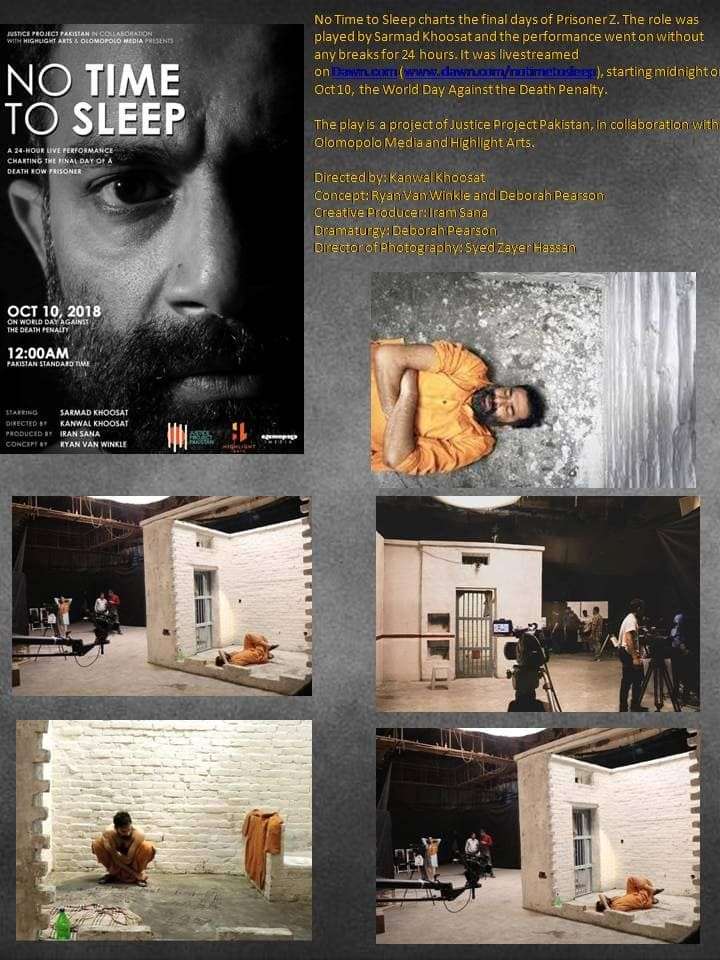 No Time to Sleep charts the final days of Prisoner Z. The role was played by Sarmad Khoosat and the performance went on without any breaks for 24 hours. It was livestreamed on Dawn.com (www.dawn.com/notimetosleep), starting midnight on Oct 10, the World Day Against the Death Penalty.The play is a project of Justice Project Pakistan, in collaboration with Olomopolo Media and Highlight Arts.Directed by: Kanwal KhoosatConcept: Ryan Van Winkle and Deborah PearsonCreative Producer: Iram SanaDramaturgy: Deborah PearsonDirector of Photography: Syed Zayer Hassan

Iram Sana is an art educationist and theatre practitioner who completed her bachelors’ degree of Architecture in 2006. She is the Director Development & Planning and Co-founder of OLOMOPOLO Media (2013-2021).In 2015, she co-directed the critically acclaimed play, Teesri Dhun – The Third Tune, which is the first documentary theatre play on transgender lives from Pakistan, produced by OLOMOPOLO Media, which helped her earn her spot in the 33 Inspiring People from Around the World Promoting Freedom, Equality and LGBT Rights Every Day in 2016. The play later has travelled to Islamabad, Karachi and the United States. Array Of theatre plays and productions that she have developed as art director and producer mainly focused on gender issues, women empowerment, capital punishment, children rights and human right issues. She is also a theater trainer who has the distinctive portfolio of working with indigenous communities with all age groups in Pakistan. She has also consulted for the UNDP.