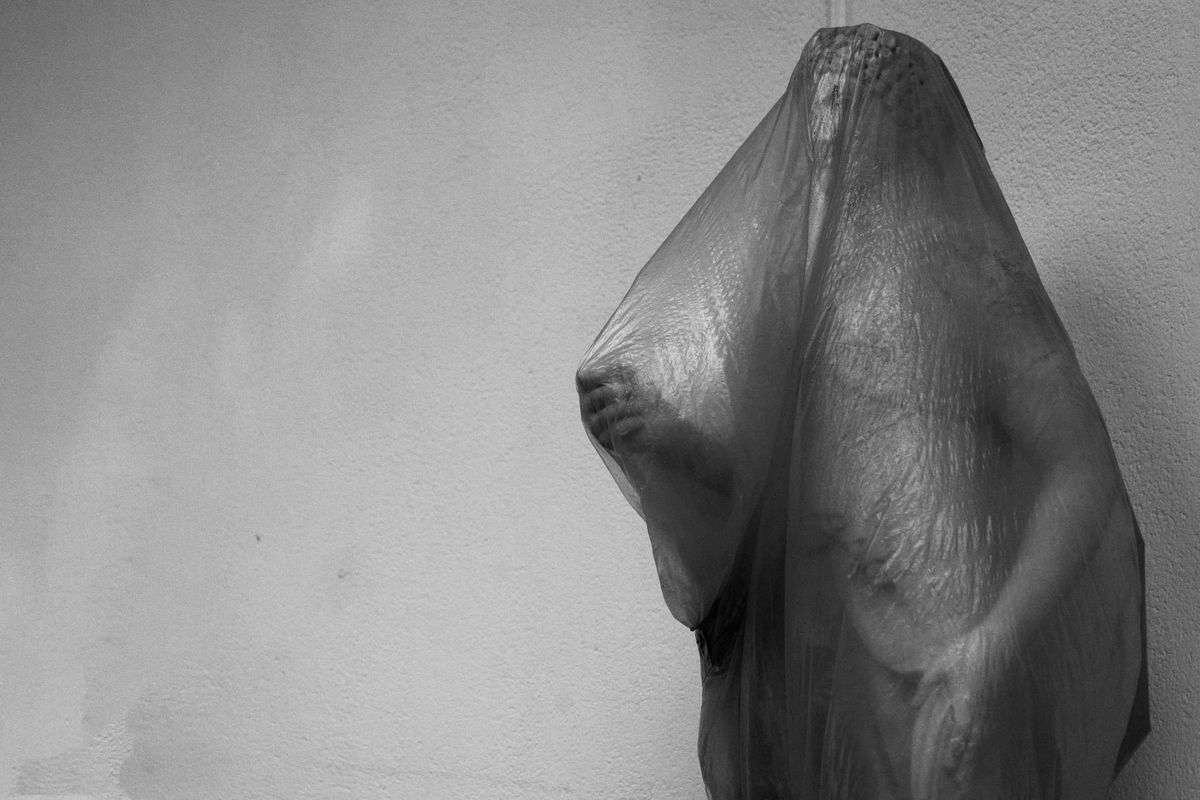 Archaeological finds are the witnesses of past civilisations, bearers of memory and of the material and immaterial culture produced by Human Beings. They are objects that contribute to the reconstruction of the history of mankind, of the past that is reflected in the present.
In No Memory, the archaeological finds are covered with sheets of bubble wrap and tissue paper, which either entirely cover the objects or barely reveal their forms, so that they cease to be a tangible expression of our memory and become a suspended form of our identity. 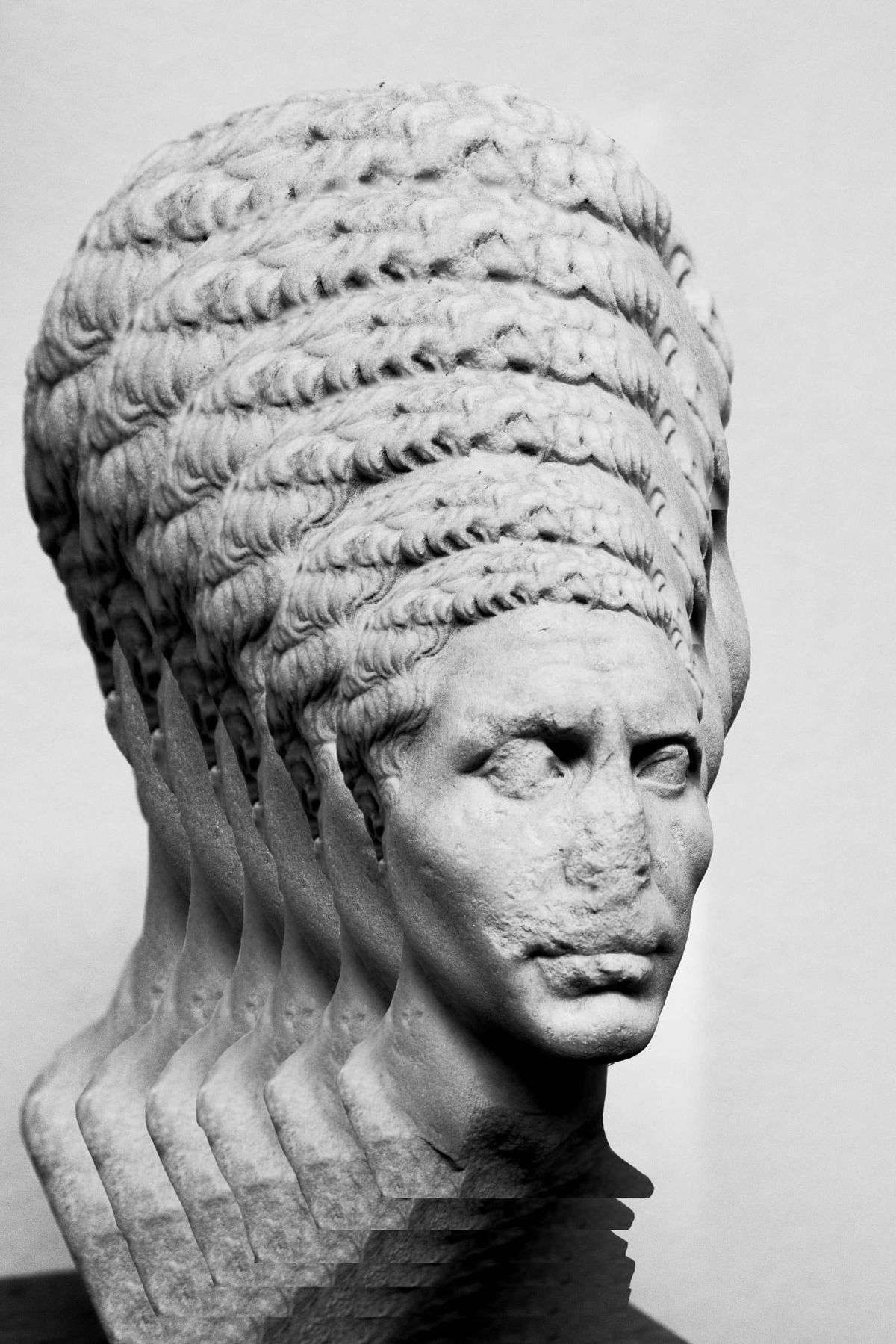 Portraits is a project that works on the finds conserved in the archaeological museum of Palermo Antonino Salinas, combining historical significance with a new narrative level, codified by post-production.
Portraits combines various skills and sensibilities, the first being that of an archaeologist linked to Sicily, a place of origin but also of convergence. The second sensibility, an emanation of the first, is the documentary one, which circumscribes space as the place of the story, then brought into a more personal research through the medium of photography. If the glitch is a code error that becomes formally evident, the post-production further alters the field of reality, maintaining a subject that is no longer just a statue but a find, its historical dimension transcended: the museum dimension is no longer explored as a place of memory, but a reflection and a further tool for post-producing the present and reality.
(testo di Andrea Kantos) 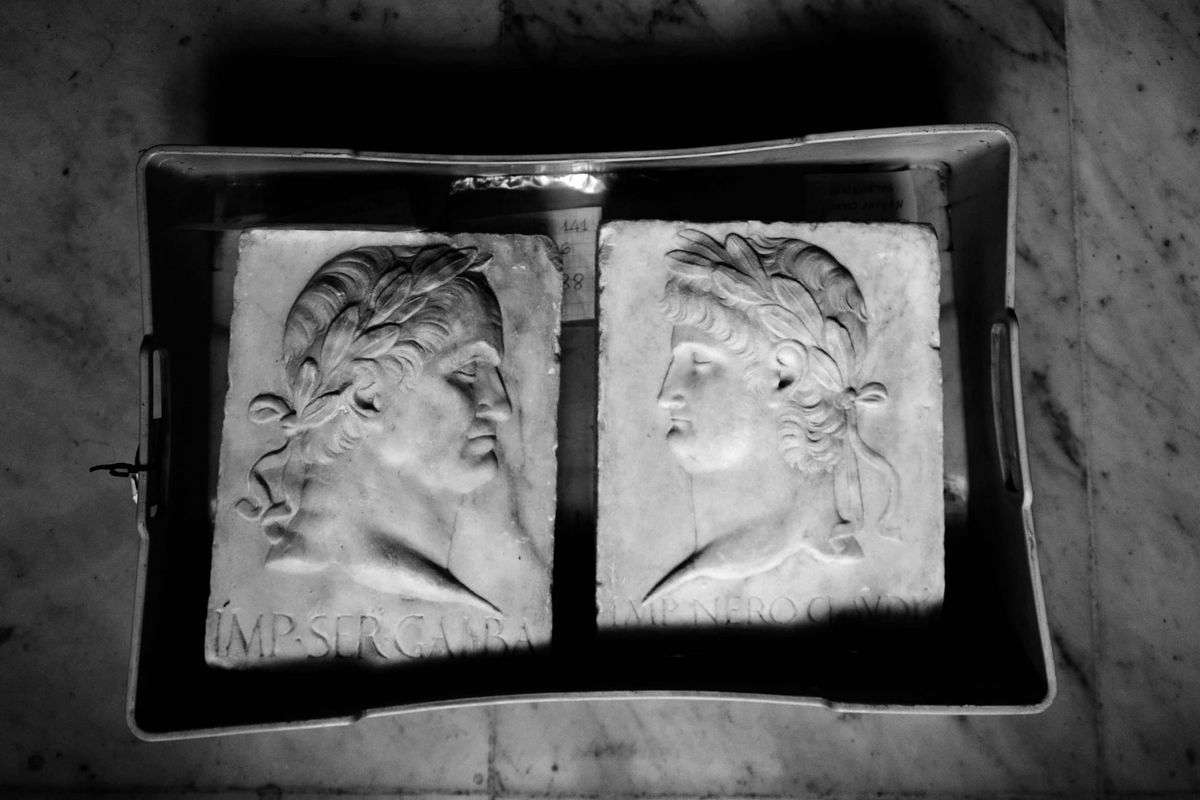 Objects made by past civilisations are de facto not archaeological finds, they become so when subjected to the methods of archaeological research. After they are discovered and classified, they become memories of the past and are therefore protected, preserved and even studied. When the details of their provenance and discovery are not known, they are considered out of context.
Out of context is a project developed in 2015 and early 2018 within the Salinas Archaeological Museum in Palermo, at a particular moment in the museum's history: for some years now, work has been in progress to renovate the seventeenth-century building that houses the museum and to restore the artefacts stored there. The finds that are part of this project are objects from some of the antiquities collections that constitute the archaeological heritage of the Museum, others come from digs in Sicily. The Out of Context project was developed at a time when these finds were still waiting to be made available again.

Iolanda Carollo was born in 1977 and studied languages before graduating in the faculty of Conservation of Cultural Assets and then specializing in Mycenaean Archaeology in Lecce (Italy). She approached photography thanks to local classes and workshops with authors such as Valerio Bispuri.
She started her career working for fashion firms, and then specialized in photography of archaeological artifacts and works of art. In this field, she contributed to the creation of marketing campaigns for public and private institutions, realizing photographs for catalogues of national and international contemporary artists.
Her photographs were published in magazines and newspapers, including: Il Venerdì of La Repubblica, Il Corriere della Sera, Il Giornale dell’Arte, Artribune, Archeostorie, Archeologia Viva, Interni Magazine, Live Sicilia.

Her current endeavors include researches about the landscape and its connection with the humans.