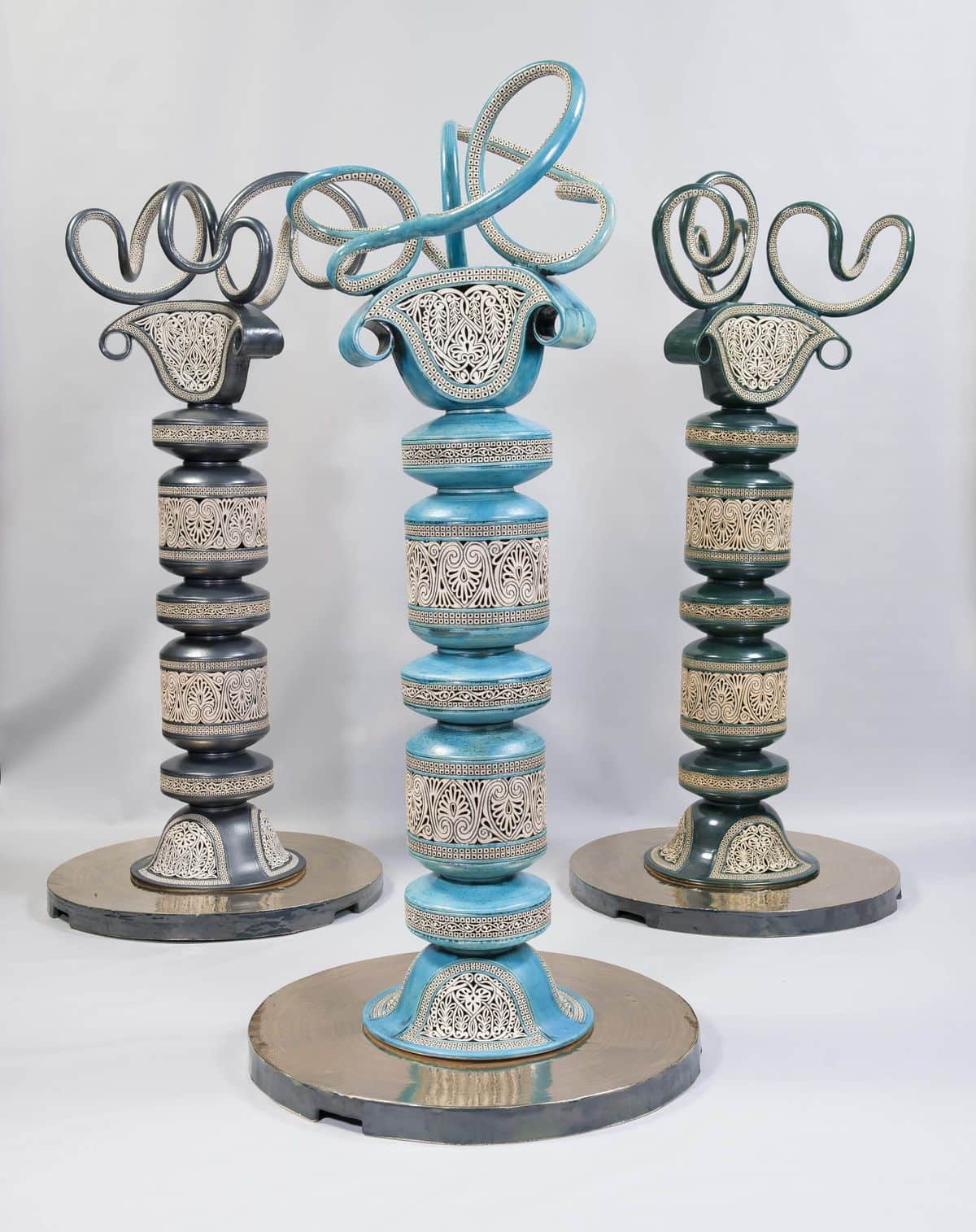 1) These three pillars grew out of a few interests; making something using mashrabiya as inspiration; the monumentality of the pillars at Karnak; and wanting to combine some contemporary 'crown' to rise from these traditional bases. Islamic architecture has always inspired me. These pieces stand just over six feet tall and the scale connects to body and figure in a celebratory way: ritual, rhythmic movement, and color from earth to sky. 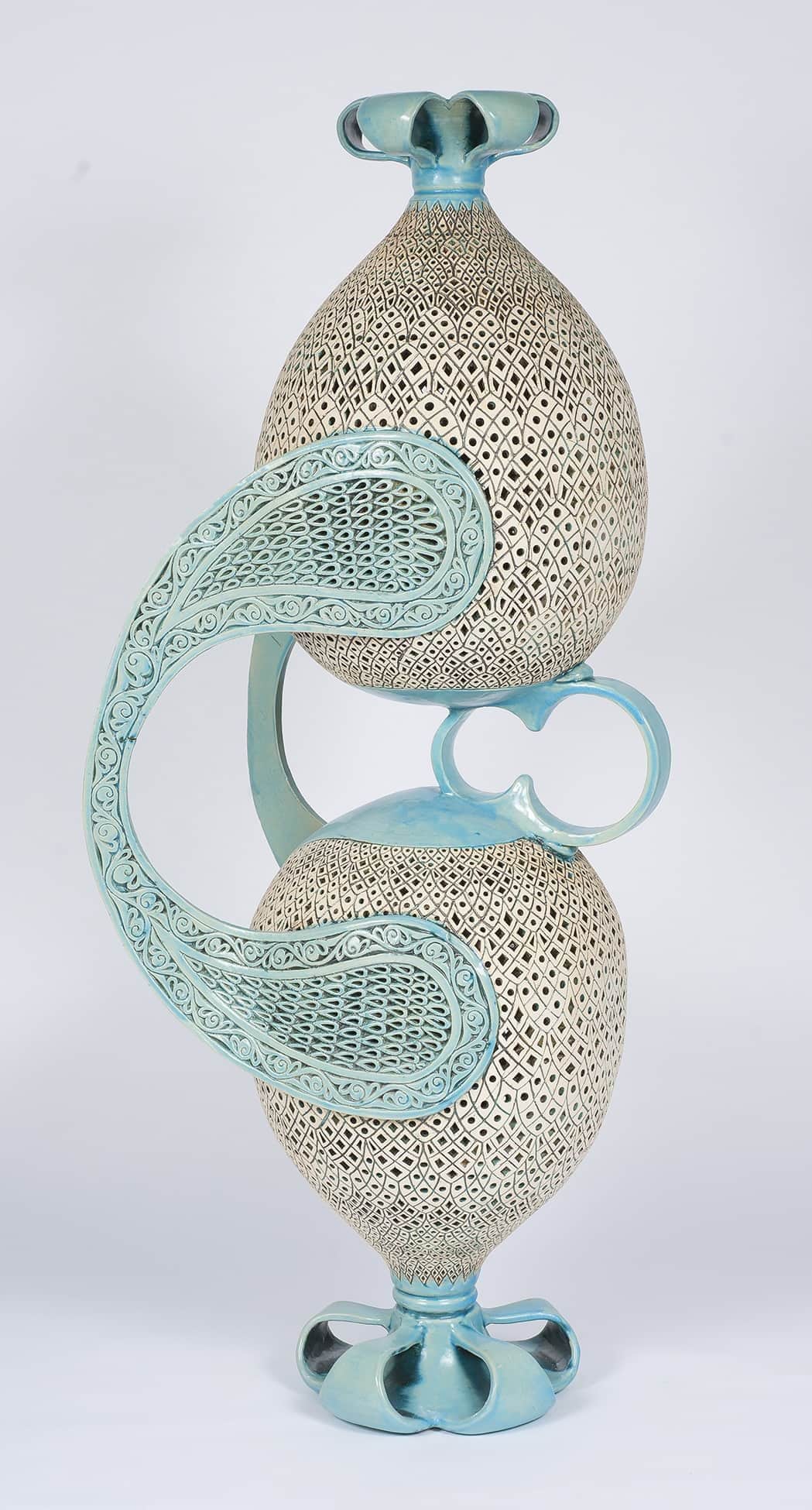 4) Devotion’s first iteration was called Couple. I wanted two birds in flight – connected, two birds supporting one another. In older bird motif sculptures I have always referred directly to the ancient Egyptian deity Horus, but with this one there was equity between the two figures (I was thinking of my parents) as they supported each other and worked together. The intricacy, challenge, and ultimately the elegance is part of every strong relationship.

5) Floral motifs are a strong part of my work. I do not want my carving to just decorate the surface of my forms. Pattern, shape, design, and philosophy need to intertwine. The six petalled flower became the model for the inset white petal shape, there are six different designs on each ‘petal’, and there are six arms supporting the two halves of the piece. Within the neck, center of the sculpture, are two intricately carved Islamic ‘jug filter’ inspired carvings facing each other. This neck was meant to suggest the water and life of the piece flowed through the center.

From the narrow streets, pottery ovens, and noisy workshops of Fustat, Ibrahim Said was born in 1976. Fustat is an area in Cairo, Egypt that has etched its name in the history of the pottery industry since the Islamic conquest. Ibrahim comes from a family of potters, and his father became his first teacher and the rich cultural heritage of Egypt became his second.
Ibrahim’s work is inspired by the ancient work of Egyptians- the strong lines and bold shapes- although his signature work embodies a lightness that comes from his silhouettes, small bases, and delicate finials. His carvings are derived from Islamic jug filter designs.
His work is included in the Victoria and Albert Museum, UK; National Museum of Scotland; Museum for Art and Design, Hamburg, Germany; Kalamazoo Institute of Arts; MINT Museum; Bait al Baranda Museum in Musqat, Oman; Museum of Modern Art in Cairo, Egypt; and the Center of Islamic Art in Kuwait, among others.