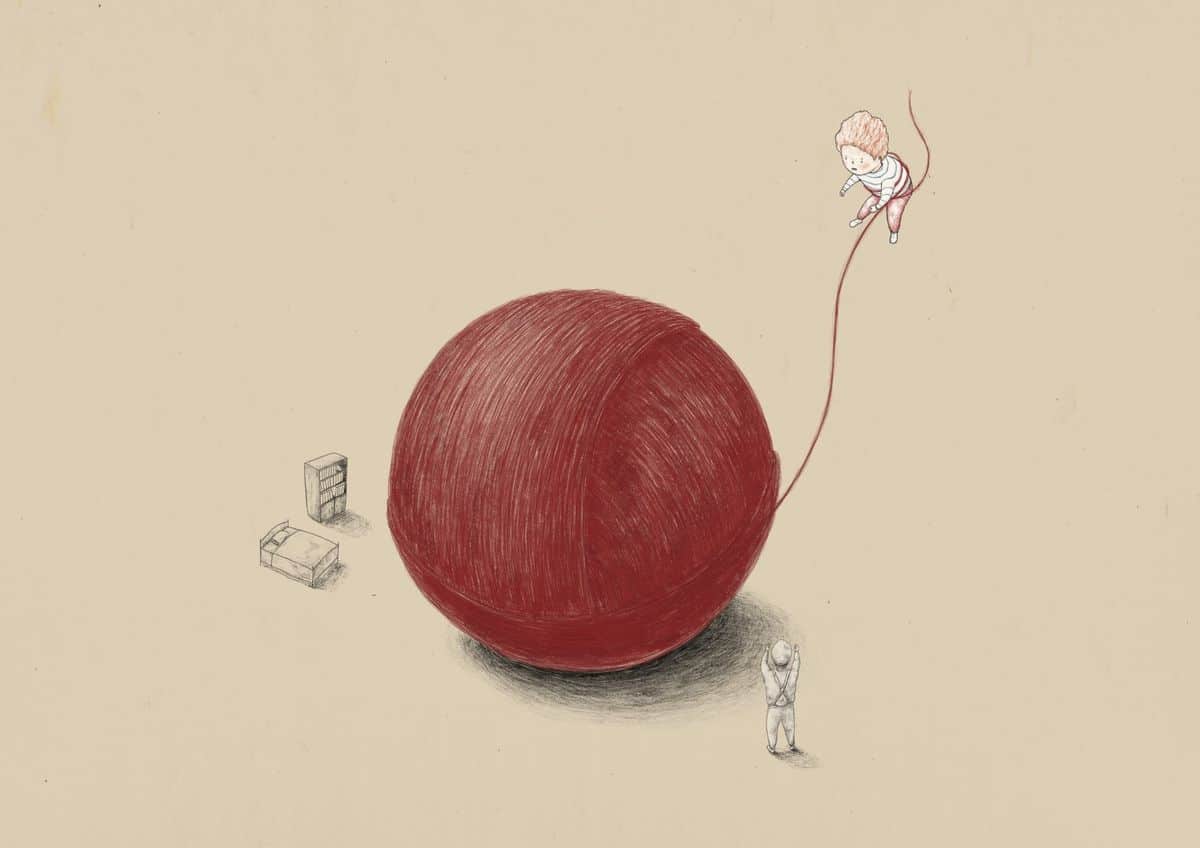 Narrative of the illustration:
The boy has never felt gravity. Ever since he was very little, his grandfather always stayed with him. But he could no longer keep an eye on him as the boy has to go to school. His grandfather was worried that the boy could float into the sky and fly away! So he brought a giant thread ball. It was to wrap around the waist of the boy, so he does not float away but safely goes to his school. However, it has to be tested! Grandfather asked him to go to a bakery and pick up a couple of bread. 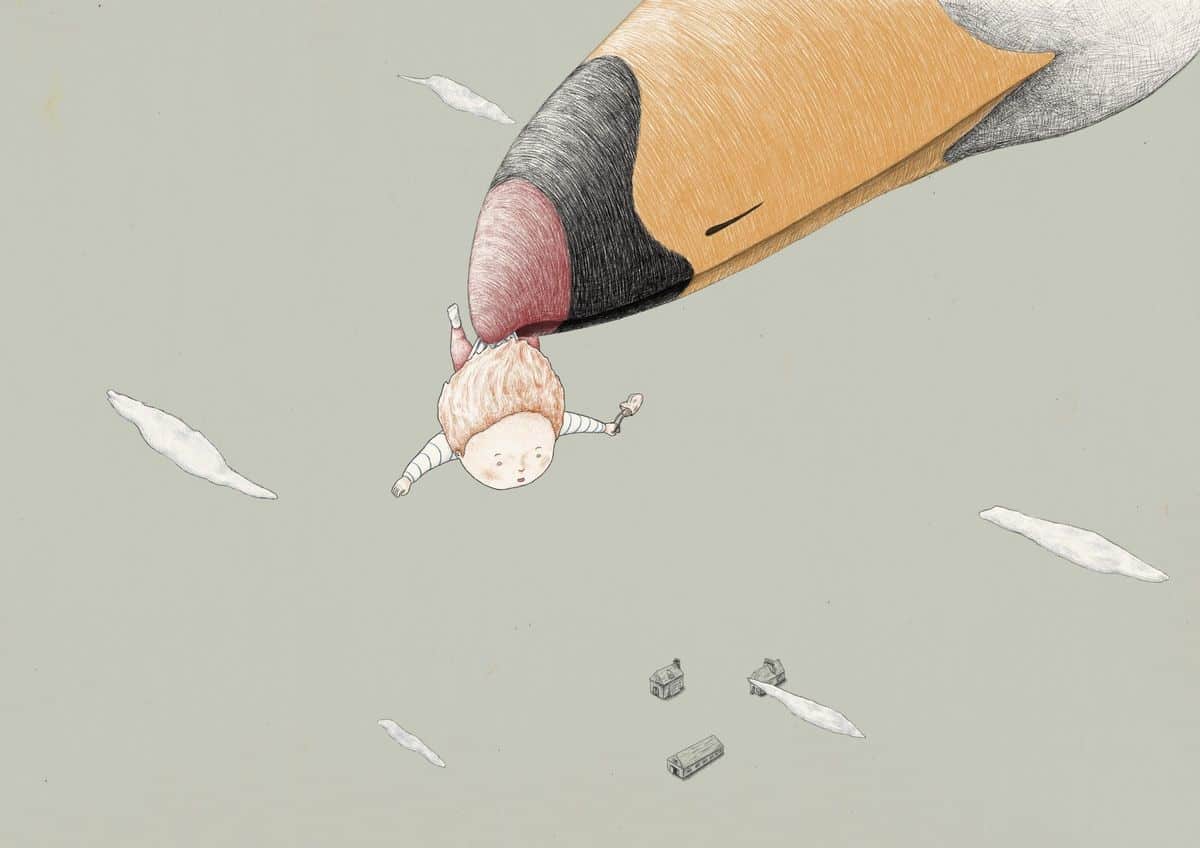 Narrative of the illustration:
The boy was flying away despite the thread that his grandfather wrapped around him. It must have been the cat at the bakery! As he was floating around the sky, he shouted, “help me!” Then one seagull came closer to him saying that there is a place where everyone is floating around just like him and promised to take him there. But in return, seagull asked for one of the breads he bought. 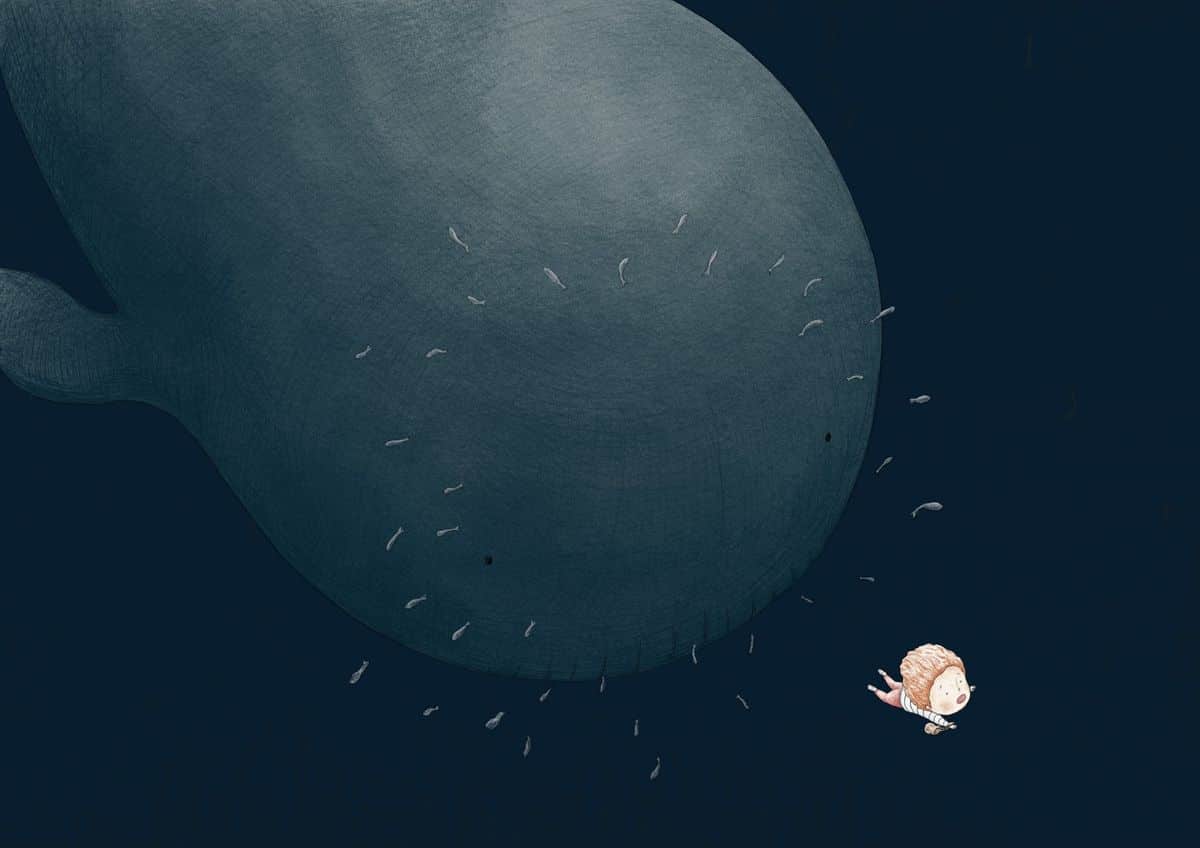 Narrative of the illustration:
The boy was fallen into the ocean. A school of little fish came to him for the last piece of bread of his. He was scared and began to swim away. Then all of a sudden, the school of fish spread away and there was a giant creature right in front of him. The boy again started to swim away. Then the creature said, “Don’t run away! The seagull asked me to come and help you!”

I am an illustrator from Seoul, South Korea. I graduated from my Media and Communications Bachelor’s Degree at Goldsmiths in 2020 and specialized in Illustrations where developed my own illustration style under the supervision of a renowned illustrator Colin McNaughton.

My illustrations pursue minimalism, only the most essential objects and characters will be left on the canvas. As Saint-Exupéry said, “perfection is when there is nothing to take away”. Therefore, I play with the scale and colour palette to tell the stories. I believe it is the most refined way to show relationships within the illustration with only essential objects.

I believe the project 'boy who defies gravity' definitely well shows how I want my illustrations to express the world I see.