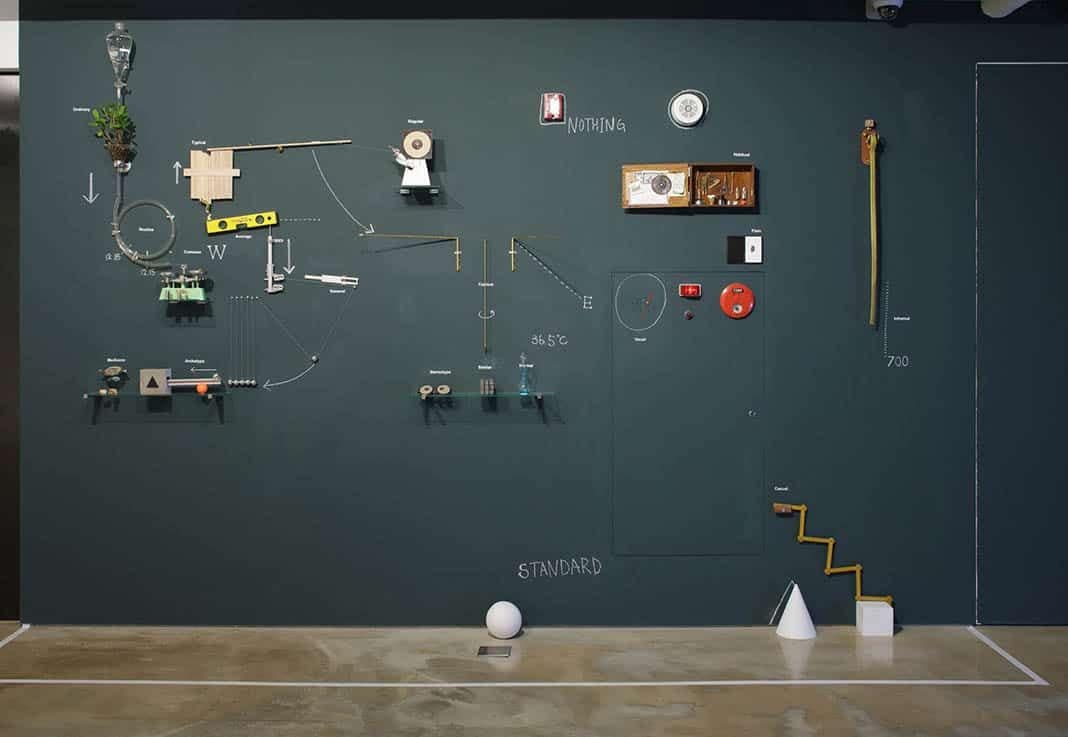 Project Dialogue vol.2-the Definition of Botong is the study of “Botong” (average) that has somehow become the bottom line of Korea society. A research study in format, my work has a psychoanalysis based hypothesis and the research, testing materials, experiments, and professional references necessary in order to prove that hypothesis. The process and the results of the research are reflected in the work piece itself. People rationalize their behaviors and belief using the definition of “Botong” they believe in, and thereby live and build their lives based on this conviction despite the fact that average is never objective or at times is relatively irrational. The deeper I delve into what “Botong” is the more I am convinced it is not something you want to take after but despite this, people cannot seem to pull themselves away from letting it influence their lives. In a world full of people who live on the sidelines of their own lives, “Botong” brazenly normalizes the lack of guilt for offenses, and people faced with such shamelessness grow silent, callous, and weary. We Korean need to get to the bottom of this thing called “Botong,” so that we may rid ourselves of the compulsion to “be at least ‘Botong’

** Botong: The Korean word ‘Botong’ has over 20 possible meanings: normal, average, general, ordinary, common, nothing, same, stereotype, typical, habitual, custom, routine, natural, so-so, standard, usual, regular, plain, uniformity, unremarkable. The intended meaning of ‘Botong’ is usually derived from the situation and context where the word is used, but because of its varied meanings, ambiguity can pose to be a problem in terms of communication. The general Korean population understands ‘Botong’ as either ‘average’ or ‘normality’, two meanings that have come to be the central concepts of this project. Of the two meanings, the artist has mainly based the project on “Definition of Botong,” an extremely influential force in the Korean society. Gloomy Monday, 2015, clipping from the Monday edition of The Guardian(UK:Nov~Dec 2015) and Chosun Daily Newspaper(KR:Aug~Sep 2015), melody box, loudspeaker,
variable dimensions
Park punched out negative words and phrases from Monday newspapers of Korea and the UK for Gloomy Monday, and from newspapers of 15 countries in Negative Song thus, creating contrasting beautiful music for each music box. The more negative the article, the more complex and intricate the musical piece is played. For both works, each time the visitor plays the music box the music floods through the entire exhibit space by way of the loudspeakers on the third and fourth floors and the radio-shaped speaker of the gallery stairwell landing respectively.

Walls_2017_Mixed Media_780x700x300(h)cm
Korea is a very discriminating nation. The walls of the weak in all areas of society, regardless of race, sex, religion, are very high.
Among them, I have noticed that there are more than 30,000 North Korean defecters in Korea. However, they hide the fact that they came from North Korea. This is because the they are afraid of the cold gaze and discrimination from South Korean when it is revealed that they are defecter because of their unique accent. I interviewed about 50 North Korean defecters in writing and investigated their prejudices. and I have installed together the answers of the survey “The dream you thrown away”(since 2010), because of I wanted to ask who is happy in Korea.

Hyesoo Park(1974) is an artist who continues to reveal her artistic analysis on the modern man struggling to live the average life in a fiercely competitive society, the psychological issues derived from such life and the social landscape of our modern generation. Through various projects, Park continues to develop a visual analysis from speculating about the disappearing values of an individual’s life under capitalism, and following up on people’s thoughts about it. She has paid heed to the invisible and the disappearing in her work over the last 20 years. Something disappears(Dream, Worth, Love, Community) the moment people don’t feel it, but it cannot be replaced with others things like the money and honor people aspire to gain. * Hyesoo Park lives and works in Seoul (Korea).