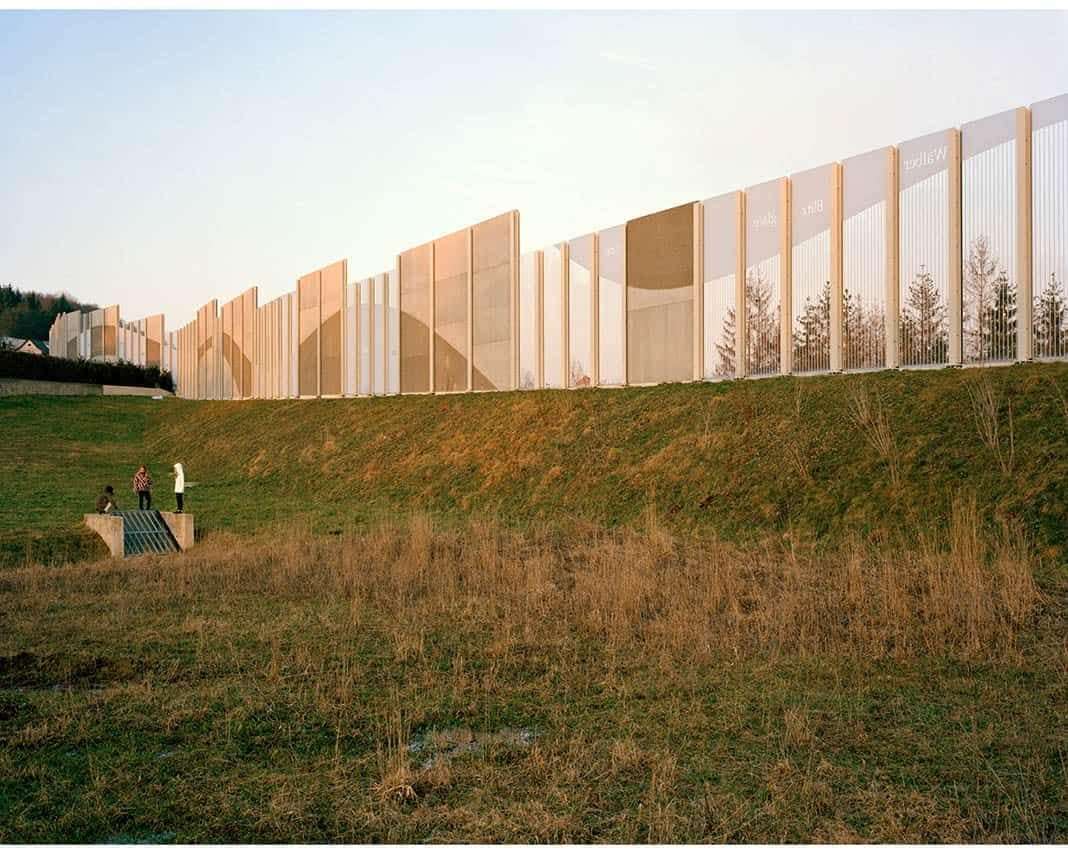 I based my research on ideologies related to landscape management. I give a particular interest to the case of Switzerland because its exiguity generates an intense control of territory. The work shown here concerns noise reduction walls, which are erected almost everywhere on the swiss territory. These constructions remit from a positive political intention. They have nevertheless the opposite effect to delimit and to contain the landscape. On a more metaphorical level, these constructions could be seen as signs of a country shutting itself in. I use these walls as a pretext to illustrate my own vision of the swiss landscape. One of the greatest powers in Switzerland is water. I wanted to illustrate this force, which is mainly used to produce electricity. But the year I did this project the precipitation was as its lowest. So it were dried rivers and still machines to become my subjects. However due to the roughness of the constructions they appeared to me as modern ruins, sculptures from the past and scars in the landscape.

Variations on a theme of absence. 2017-ongoing

This is an architecture study done exclusively in Fribourg, my home town. At night, city lights give an entirely different vision of our surroundings compared to the day light. They create geographic shades which draw attention to the eye. Artificial light, set up as a comfort for us citizens is actually the only life presence in this empty canvas that is raw concrete. The modern constructions are an excellent example of human intervention, which by night, lose their daily make-up and change personality.

Hello! My name is Gregory Collavini and I'm a photographer from Fribourg, Switzerland. I did a Bachelor degree in visual communication photography at the University of Art and Design Lausanne (ECAL) I find romance in rough landscape constructions, which probably comes from my Italian and German descents. I like spaces. They give me emotions. I also like to match opposites and create ambiguity. Therefore my goal is to question our modern society through landscape management and architecture photography.