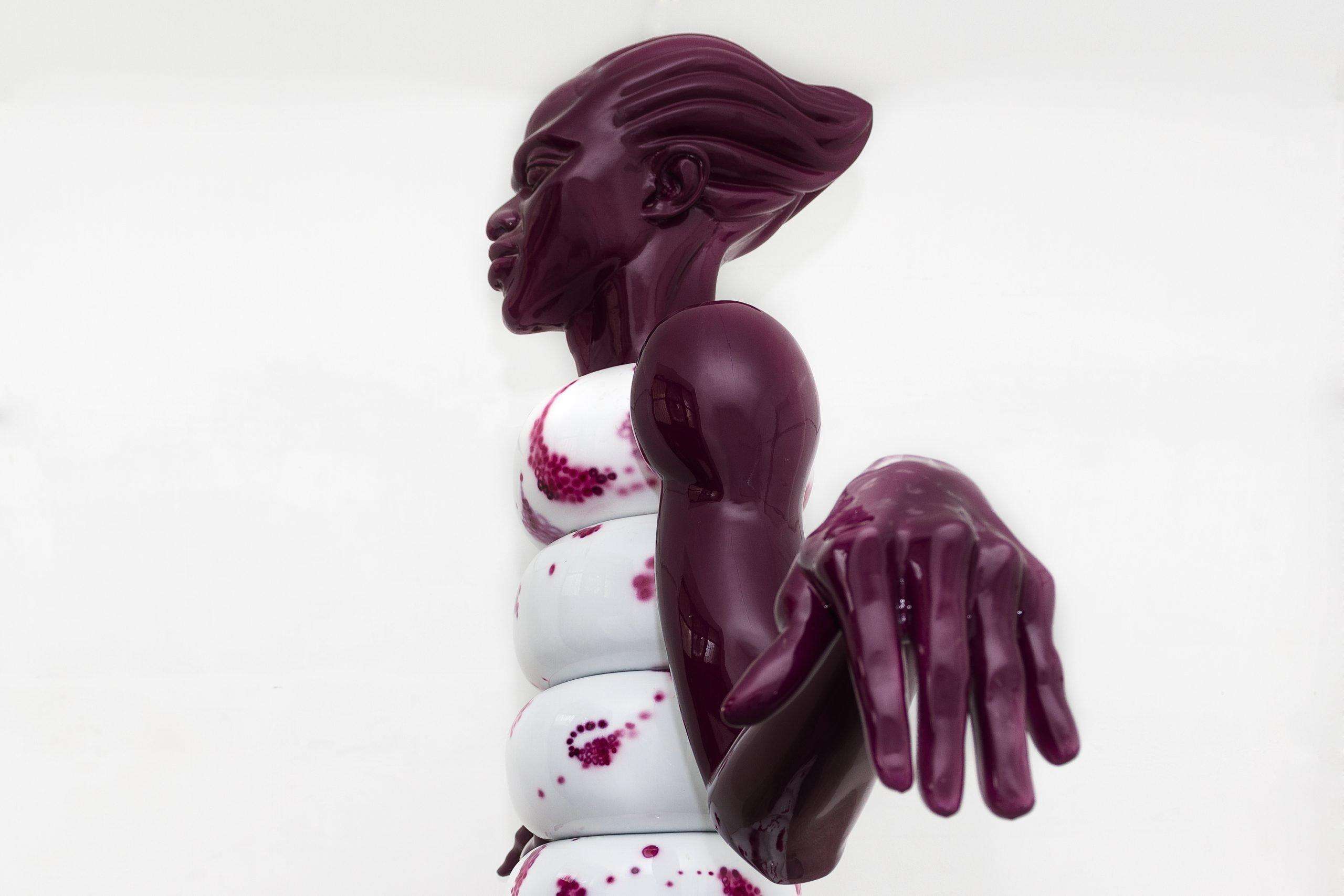 The immigrant in Sicily 2017

This African woman, who lands on the coast of Sicily exhausted, comes from Libya. Her musculature, which symbolizes both an arm and a leg. It shows the efforts she had to make to arrive safely in Sicily. Dignified and haughty, she comes to implore Europe's mercy, and both her attitude and her gaze speak volumes about the suffering she has endured and her determination to integrate into a civilisation that is not her own. 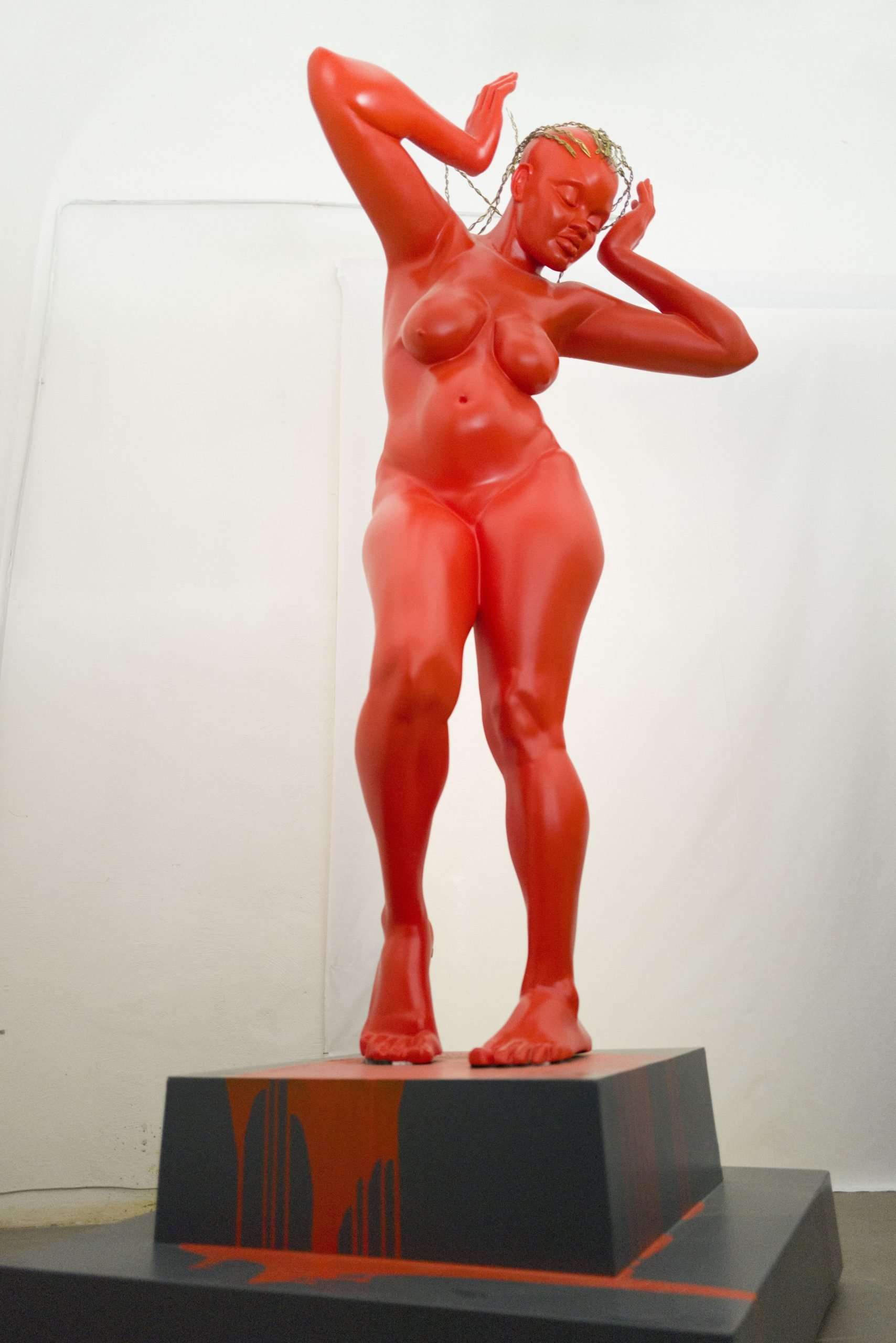 This African woman defends herself from the evil waves of fake news of our time.
The coral color that covers her entire body is not chosen innocently. It symbolizes the original and original palm oil, which is a therapeutic, medicinal, and curative complaint in Africa. Due to its intensive industrial use, this plant has lost its actual virtues and is harmful to humanity. This is something that multinationals are consciously hiding today. This woman, a symbol of femininity and fertility, refuses to admit these sad truths, whereas palm oil is rich in virtues for humanity in Africa. She does not understand that palm oil, which ensures the sustainability of human hope in Africa, can destroy it in the rest of the world. 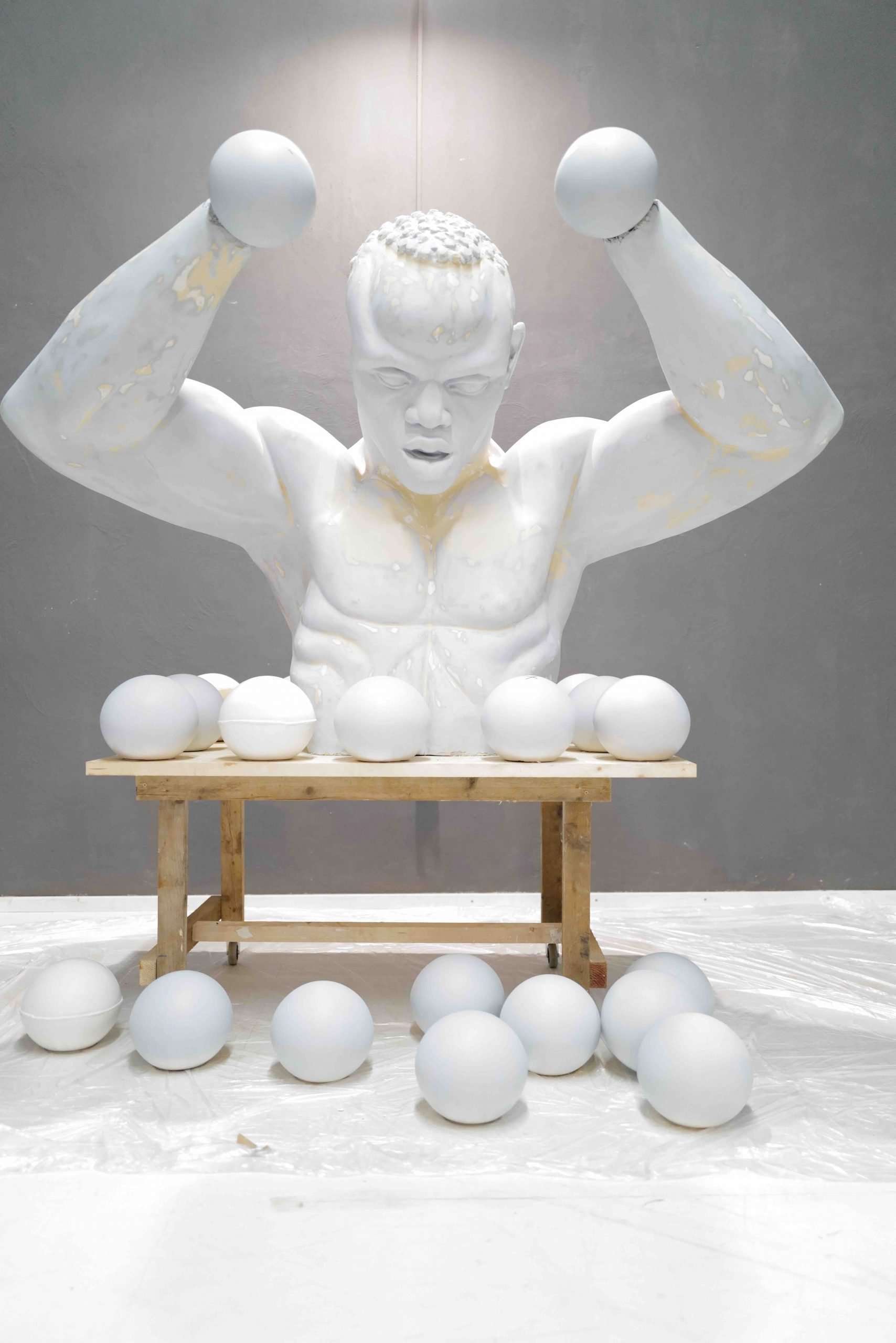 Once a great city of sculpture art, a wink to Benin mourns its sculptures looted in 1895 by the British and Germans. This muscular athlete wants to break down the walls of the museums of London and Berlin, which keep their treasures because England does not intend to give them back or because Germany hesitates in their restitution. Like Samson pushing the columns of the temple, he wants to destroy the columns of the looting museums.

11/04/86 Gabriella Furno was born in Paris.
2001: In Paris, she entered the famous sculptor Valentina Zeile's art studio while also attending Atelier de Sevres.
2004: She won a competition to join the School of Fine Arts in Paris, followed by Richard Deacon's artist. During this time, she also took painting lessons with the painter Sebastien Salva.
2007: Left the school of Fine Arts in Paris complaining about the insufficiency of anatomy courses; Entered the Repin, the famous St. Petersburg School of Fine Arts, in search of the perfect line in design. 2011: Moved to Tuscany, to Carrara, to learn the art of working with marble.
2012: Travelled to Brazil and to the city of Bahia, where she found great inspiration for her first research on Africa, on the movements of the body and its rhythms, also developing an interest in the history of African slavery.
2013: Influenced by a trip to Seville and Granada city with its Islamic influences, she decided to move to Istanbul, where she opene