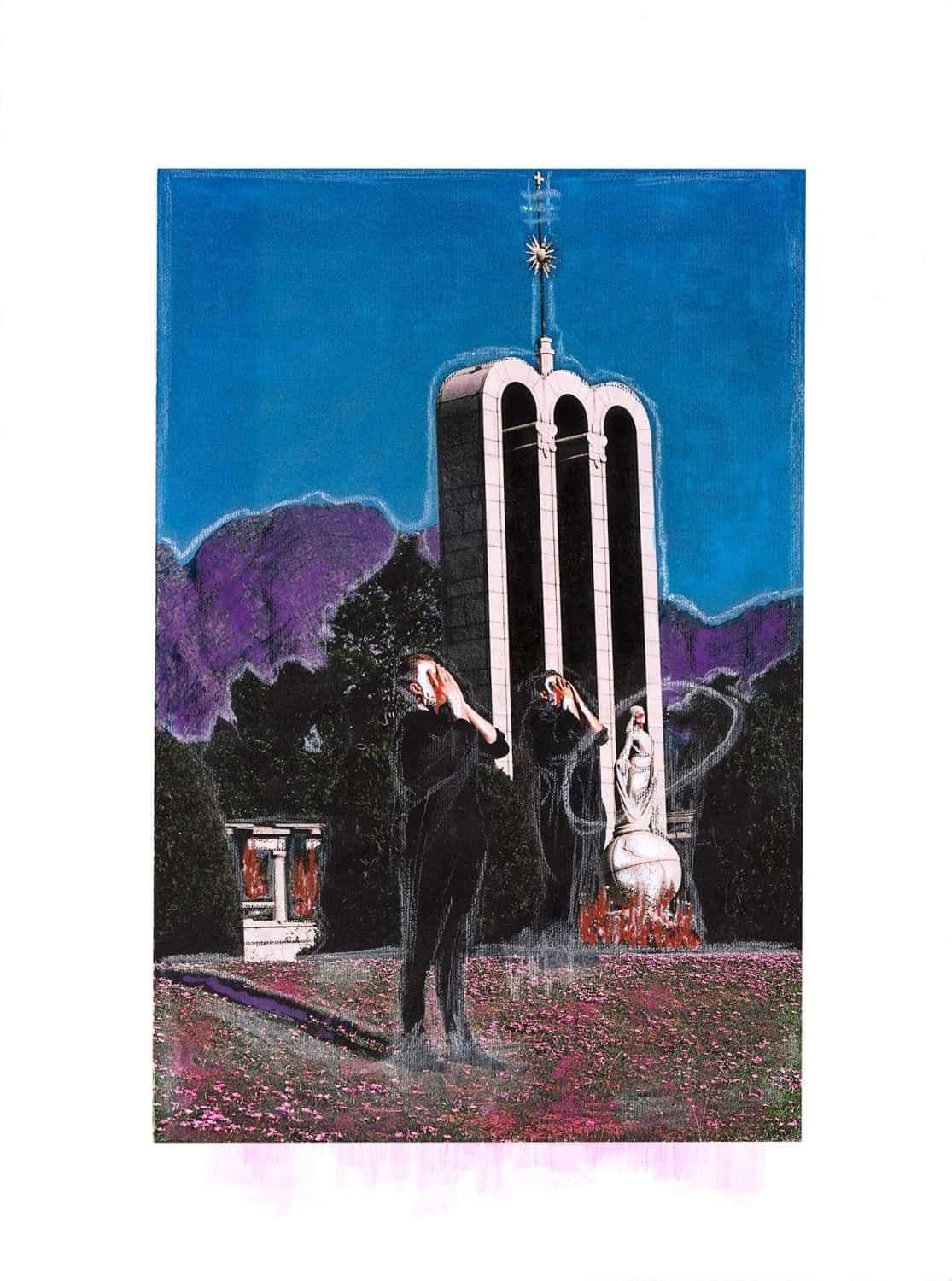 ‘Wish You Weren’t Here’ is a photographic series that examines the past’s interaction with the future – a constant, symbiotic tension of what once was and what now is. Tied with nostalgia and memory, the series oscillates between the artist’s personal experiences and that of the socio-political environment framing the scene. This specific image – ” ‘n Bloed Druppel” (afrikaans) / “A Blood Dripping” – is set in the Franschhoek Huguenot Memorial, an area marked by land claiming and mistreatment of slaves during early colonisation, with two young Caucasian male figures set before. It aims to present the predicament of whether these two specific young men could be held responsible for a historys’ doing: does their Whiteness immediately include them? How do we navigate a past with a pain so felt in the present? 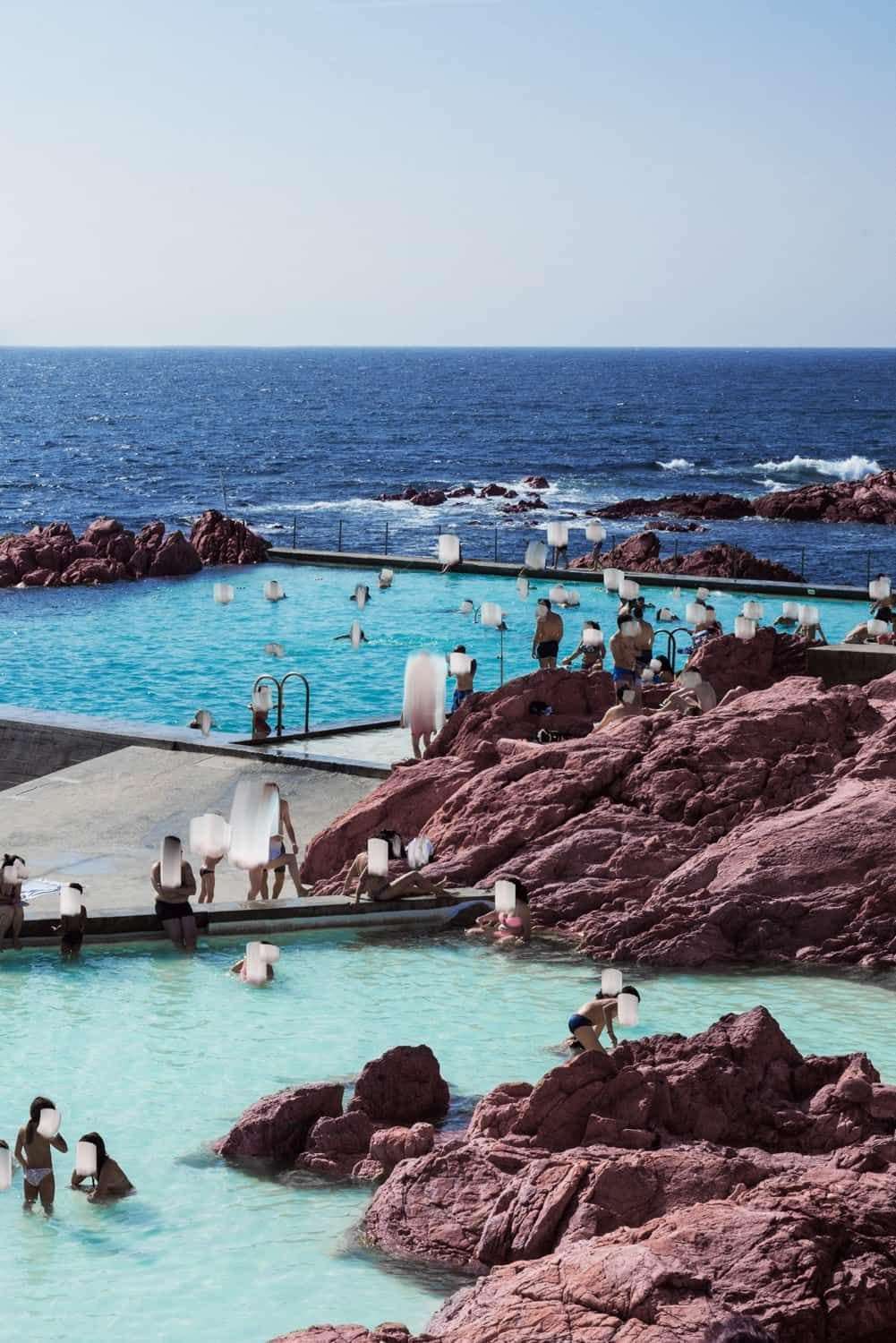 A Concealing, A Revealing 2020

‘A Concealing, A Revealing’ focuses on both the power of landscape / urbanscape in exposing societal context whilst also preserving the anonymity of individuals inhabiting these spaces. Street photography has always been a preferred field of photography, the way in which one’s surroundings forces you to pay attention – the figures, environment, composition, shadows, movement. Void of planned stylisation, the there and now sets the scene. However, one issue would continually rise up and that would be the question of consent and privacy. These figures have their identities associated with a particular place and time that is somewhat cemented, these photographs being a particular Proof of Life.
This series incorporates strokes to blur facial identity, allowing a faceless figure to occupy a space and represent an idea as a whole, precariously balancing on this debate.

An awareness of the impermanence of all experiences and memories, an almost nostalgic, wistful acceptance of that which cannot be forever held onto. The phrase has become an aesthetic sensibility in Japan, an understanding that this beauty can only be ephemeral. Traveling personifies this, no matter how many photographs one takes, the more time slips the less of that experience can be recalled. 物の哀れ is the holding onto the slipping away; a gratitude but a sort of saudades in the slow removing due to time.

Residing in Berlin, originally from South Africa, Gabriella Achadinha’s photographic work has always been heavily influenced by cinema.
Having worked in the film industry for the past eight years – in Wardrobe, Production and Photography – this influence has always crept via framing and composition, inspiration through cinematography muses. Drawn to scenes of individual stillness and contemplation in spaces of chaos, colour, unbridled emotion and otherworldly locations, Gabriella’s work aims to bridge reality with a sense of heightened reality – using stylisation to highlight relevant issues to the artist, at the time.