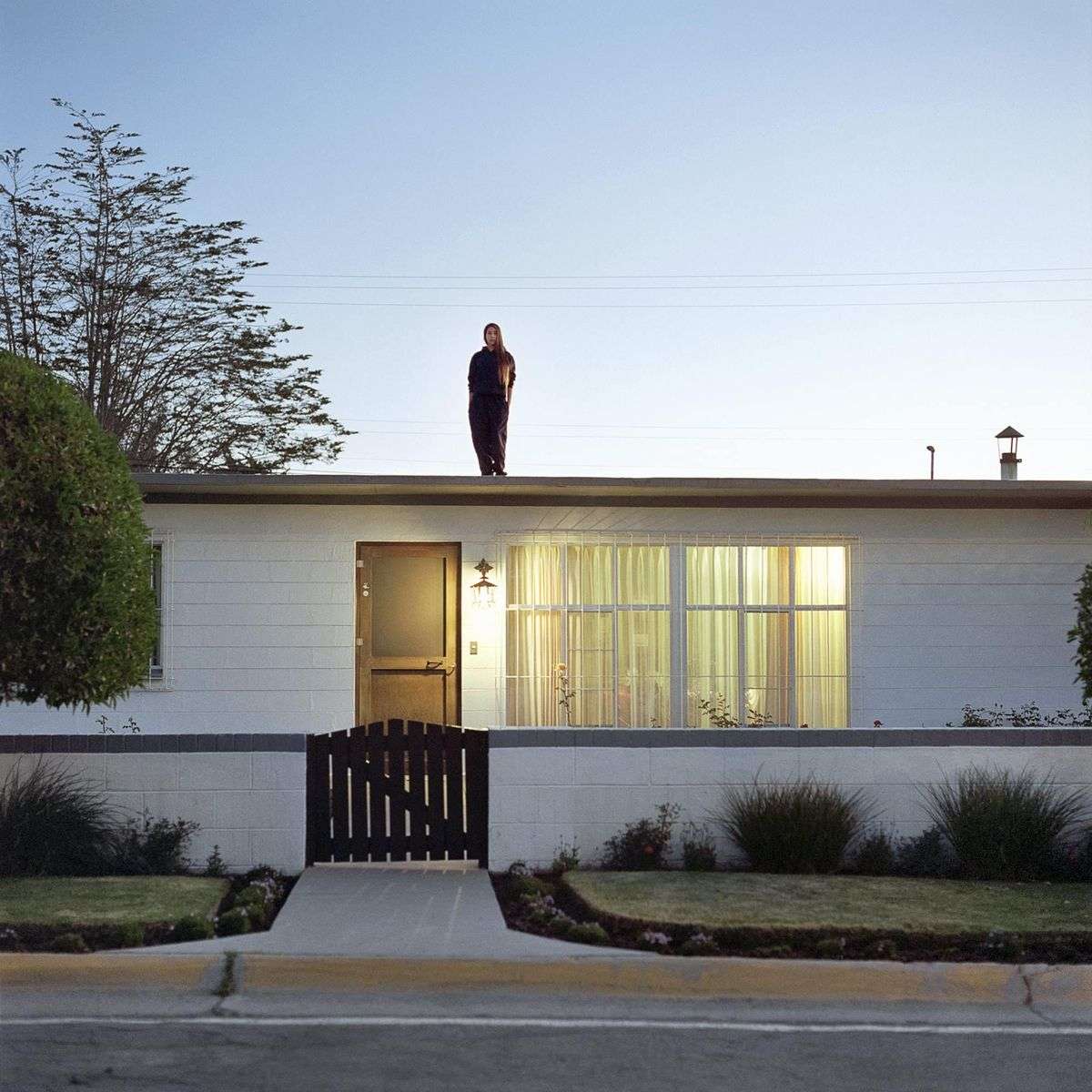 Fernanda es a picture of "Cuajone", a hybrid photography project made between 2015 and 2019. Cuajone tells a story of an injured territory in a mining camp located in Southern Peru. The urban project of the camp was designed to have an idyllic American suburb landscape with large gardens overlooking the mountains. However, the emotional bond is easily lost by being unbalanced and obedient, beautiful and sad.

After a long time, I return to the mining camp where I grew up, take pictures of the orange space and of the women, including my mother, who have lived there more than half of their lives. This project points out what happens with isolation and artificiality: a behavior that mimics its own confined nature.

The project has been displayed on walls and has become a book in 2019, which is still awaiting to be published. It has also been presented in audio – using texts from the book- with its fleeting images.

"Chaco" is a video performance that responds to a crisis where our lives depend on an unbeatable force that has taken away our freedom. The indications for this exercise were that the group would be led by a farm dog, not as domesticated as most of us are. When going to the outside, the urban space prevents a fluid movement, something we don't commonly realize: we are guided by a free dog in an open space, with another spatial structure.
The video was an attempt to shake us out of lethargy and invent new ways to explore our freedom and cede the leadership to a dog, for example.

'Belly of the Whale' is a poetry film collaboration between Documentary maker Gabriela Concha Valcárcel (Peru) and poet Grace Wilentz (Ireland). The film explores grieving and dream life through moving image and lyric. Gabriela and Grace met in Iceland in 2019 and began their collaboration in 2020, working within the constraints imposed by the Covid-19 pandemic. 'Belly of the Whale' used archived footage, reinterpreting and manipulating existing material, to limit shooting to the most basic essentials. Production of this film was supported by a literature bursary from the Arts Council of Ireland / An Chomhairle Ealaíon.

Born in the mining camp of Cuajone in Moquegua, Peru, 1987.
I live and work in Lima, Peru. I studied Photography at Centro de la Imagen, and afterwards completed the Latin American Master of Contemporary Photography in the same school.
I’m interested in exploring the rational order we give to our surroundings as a refugee towards our own disorientation.
My current work explores experimental video and creative writing. I’m currently looking forward to publishing my first book written between 2015 and 2019, which integrates photography and dreams structured as a novel. I’m also finishing a movie of the mining camp where I grew up. The film explores new narratives in subjective documentary and video performance.