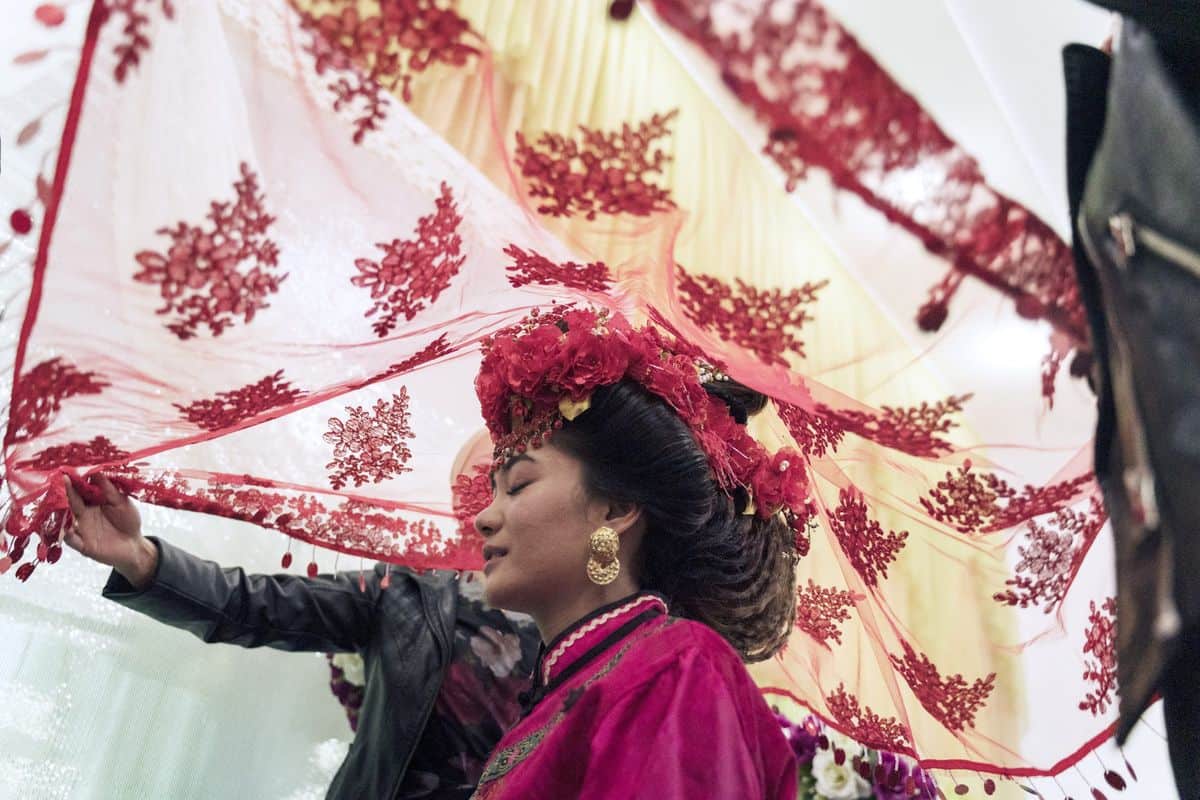 Dungans (东干族), a Central Asian ethnic group, who share a long and complex history with China, the Soviet Union, and current-day Stans. The Dungans are ethnic Hui（回族) or Muslim Chinese from China who migrates to Central Asia during the Qing dynasty due to war and religious persecution. Dungan is what Russians and Central Asians named them.

The Dungans today live in ethnic villages, speak the Dungan language, cook food recipes that their great grandparents brought from China, and follow the Muslim faith. Their culture is distinct from other Central Asian ethnic groups. To keep that uniqueness they practiced endogamy until a more recent time where they abandoned the practice due to the shrinking population size in the villages.

Dungan brides are dressed in the traditional vibrant red ethnic wedding dress with floral hair decorations and accessories. It looks as if she is a symbol of the Hui culture from the 19th century China, when they first left their ancestral home. 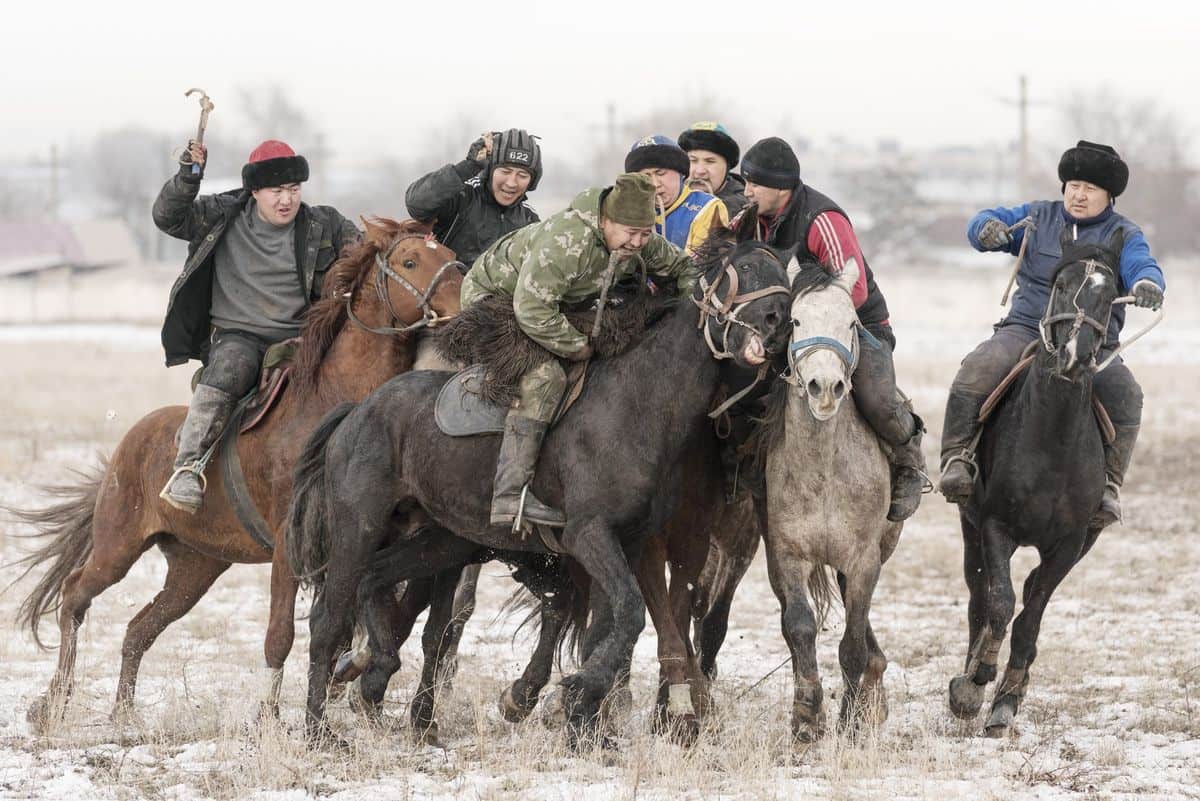 Kok Boru is an ancient Kyrgyz sport played on horseback with the carcass of a goat. But in a world where many old traditions are dying out for good, Kok Boru remains more popular than football — and has even undergone a revival.

Kok Boru is not a safe sport, but the riders take pride in that fact. First there’s the blood. Kok Boru isn’t played with a ball, but with the headless carcass of a freshly slaughtered male goat. Kok Boru involves as much physical contact as rugby, but it’s played on horseback, upgrading the force of a charging loosehead prop to that of a Kyrgyz warhorse. The horses’ necks are as thick as their torsos, and the riders pit them against each other with furious yells.

The rules of Kok Boru are simple — each team must try and score by placing the goat in the opponents’ goal — usually a large concrete wall. The players have three twenty-minute periods to score as many goals as possible 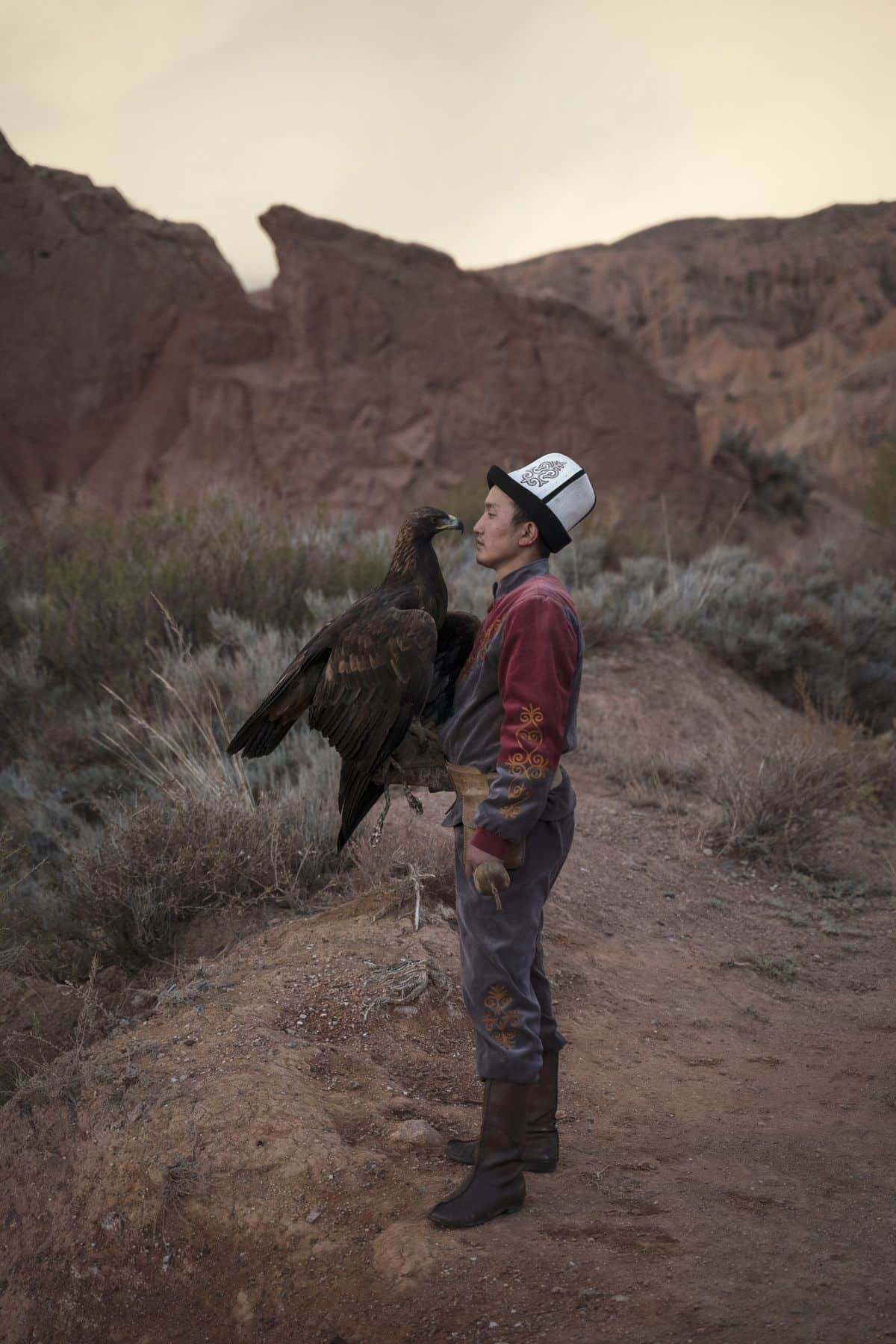 As an eagle hunter Nul-Sultan has to find his own hunting companion. Eight years ago when Nul-Sultan was just 16-years-old, he found an eagle's nest with three eaglets. Nul-Sultan chooses the smallest one among the three, as it is the most unlikely to survive in the wild. Other hunters would have chosen the biggest and strongest. but out of kindness Nul-Sultan picked Sulukee and it has been his most reliable hunting companion.

Every hunter will set their eagle free after 20 years of service, "She is like a sister to me, it will be an emotional day and I will embark on that trip alone as it's very personal to me," said Nul-Sultan. It is a moment of sadness that only the hunters live through, but it is one that we can all understand.

Yam G-Jun, a photojournalist currently based in Central Asia, has been a photographer for the Associated Press, covering local and international news stories in Malaysia and Chicago. He holds a B.A. from Columbia College Chicago and is an alumnus of the New York Times Student Journalism Institute. His work has been published by The New York Times, The Washington Post, Smithsonian Magazine, Rhythms Monthly, Chicago Tribune and NPR, to name a few. He was awarded first place in the Smithsonian Magazine Photo Contest People Category 2019, the Studs Terkel Scholarship for his work in Pilsen, the Illinois College Press Association Spot News Photo of the Year. and has exhibited his work in various group shows in New York state, Chicago and Malaysia