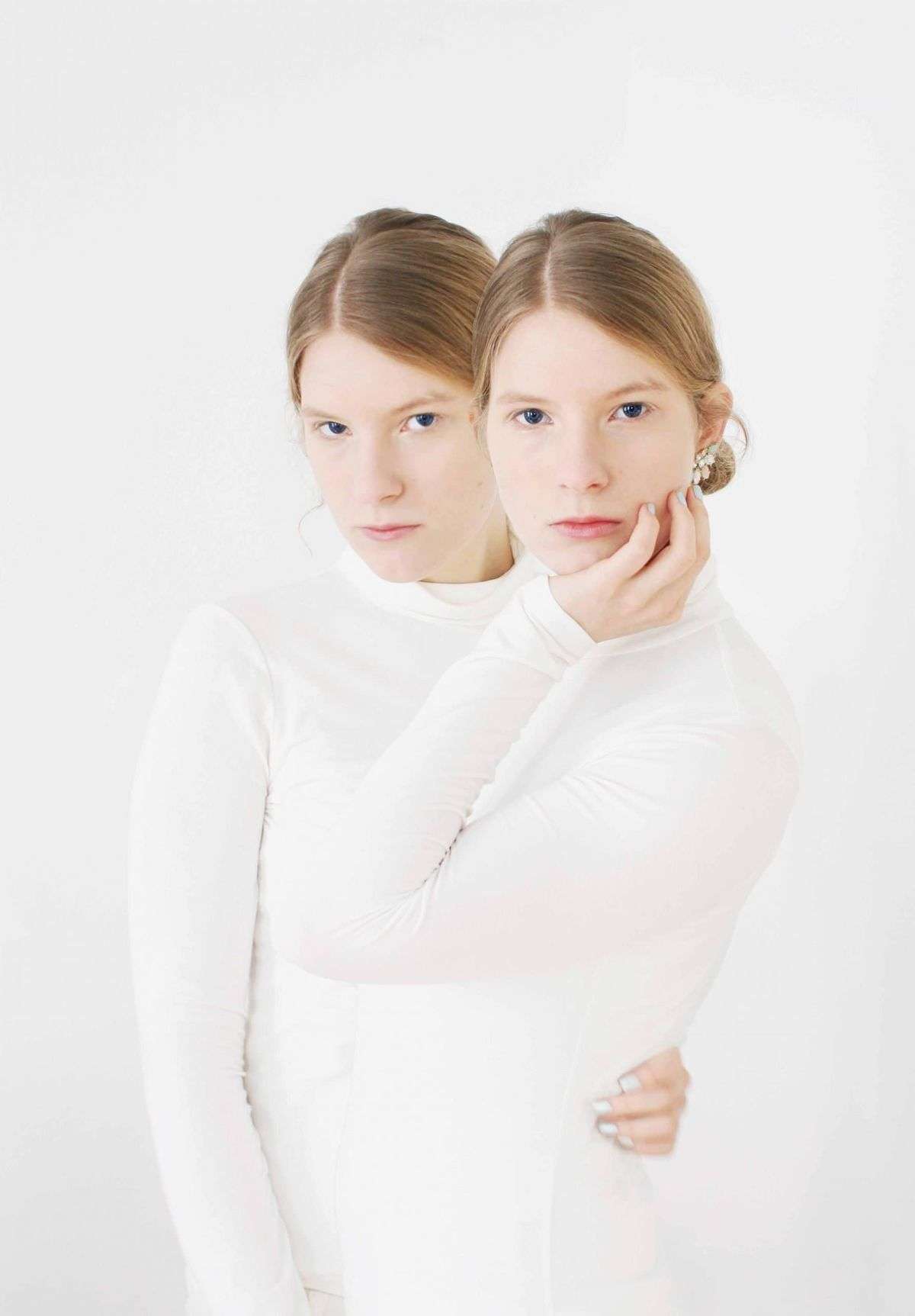 Firn is a form of snow that outlasts a defrosting period and increases its density over time.

At the act of photographic self-portraiture I am the photographed and the photographer at the same time. I face myself. I am spatially separated from me by the camera. My ego is doubled in space as well as in time – or is it split? I recreate this duality of the trigger-pulling moment in the composition of the images. 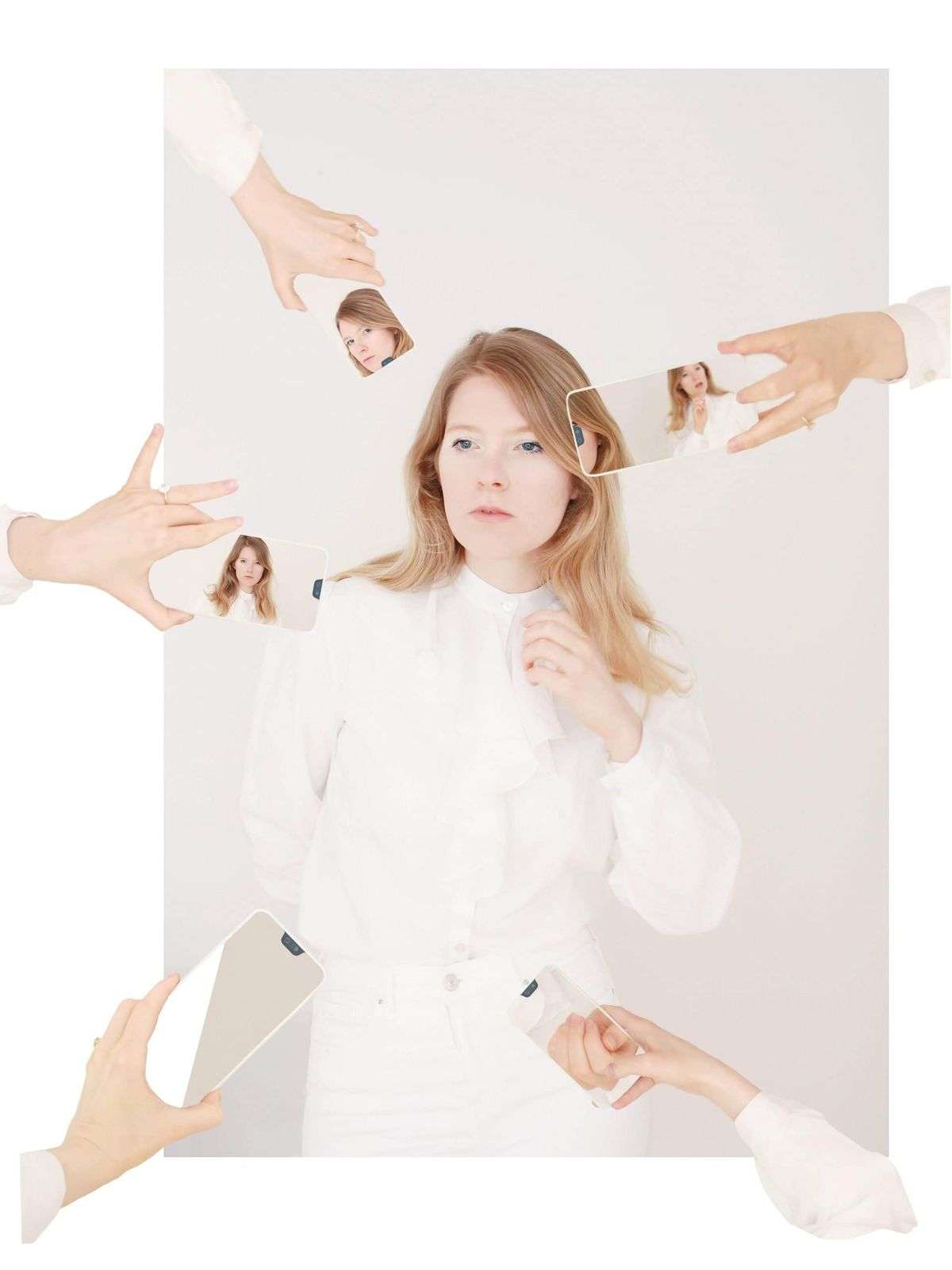 A photographic self portrait is a way to recognize ones own being by visual means.
In the virtual space of the internet, photographs become avatars of the person they are representing. Reality and virtuality melt together: Is identity no longer bound to the physical appearance in the concrete world?

Covered in white satin bodies form into figures. Their physicality reveals itself through the force of gravity to which the figures appear to be subject. Shadows, touches and directions of flow describe positions. In the image montage, several views are interwoven into one. Clear, recognizable figures dissolve in their duplication. The figures do not show any faces. Identification thereby remains denied. Where does identity begin and where does it end?

Franziska Ostermann was born in 1992 in Kiel, Northern Germany. She got her master´s degree at the Muthesius University of Fine Arts and Design. As a post-conceptual multimedia artist her main interests are contemporary photography and writing as well as their interaction. In her work she explores hyperreality, virtuality and matters of identity. Her Selfportrait FIRN was published on the cover of ProfiFoto magazine. She has been granted the award for uprising artist by the Bundesverband Bildender Künstler Schleswig-Holstein as well as the The New Talent Award by Canon and ProfiFoto magazine twice. Her poetry debut OSZIT was published by the Muthesius University of Fine Arts. Franziska Ostermann has taken part in numerous exhibitions nationally and internationally. Furthermore Franziska Ostermann works as a lecturer in the fields of artistic photography.