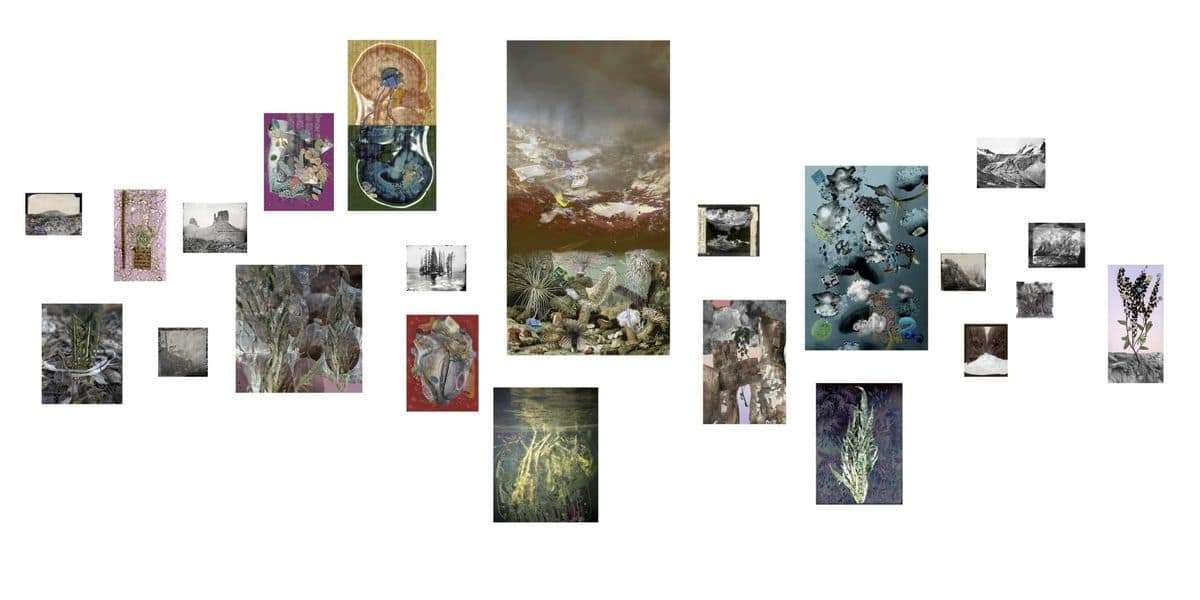 In the Technosphere old and new matter merge to an unknown amalgamate through technical and biochemical interventions. Never-seen-before chemical and physical processes revolutionize our world, modify the molecular structure of soil, air and water, create new micro-organisms that irrevocably change life on earth. Elements of animate and inanimate matter mix increasingly as soon as a demarcation between different materials is no longer possible.
It is believed that some of these changes are caused by microplastics that by now permeate earth, water and air and has even been detected both in the spring water of the Alps and in the human intestinal tract.
Since all lifeforms are dependent on water the cycle is closed and a change of DNA structures of all organic life is foreseeable.
The 22 images include pictures of microbes living on plastic in water, computer boards as well as plants and representations of the body. 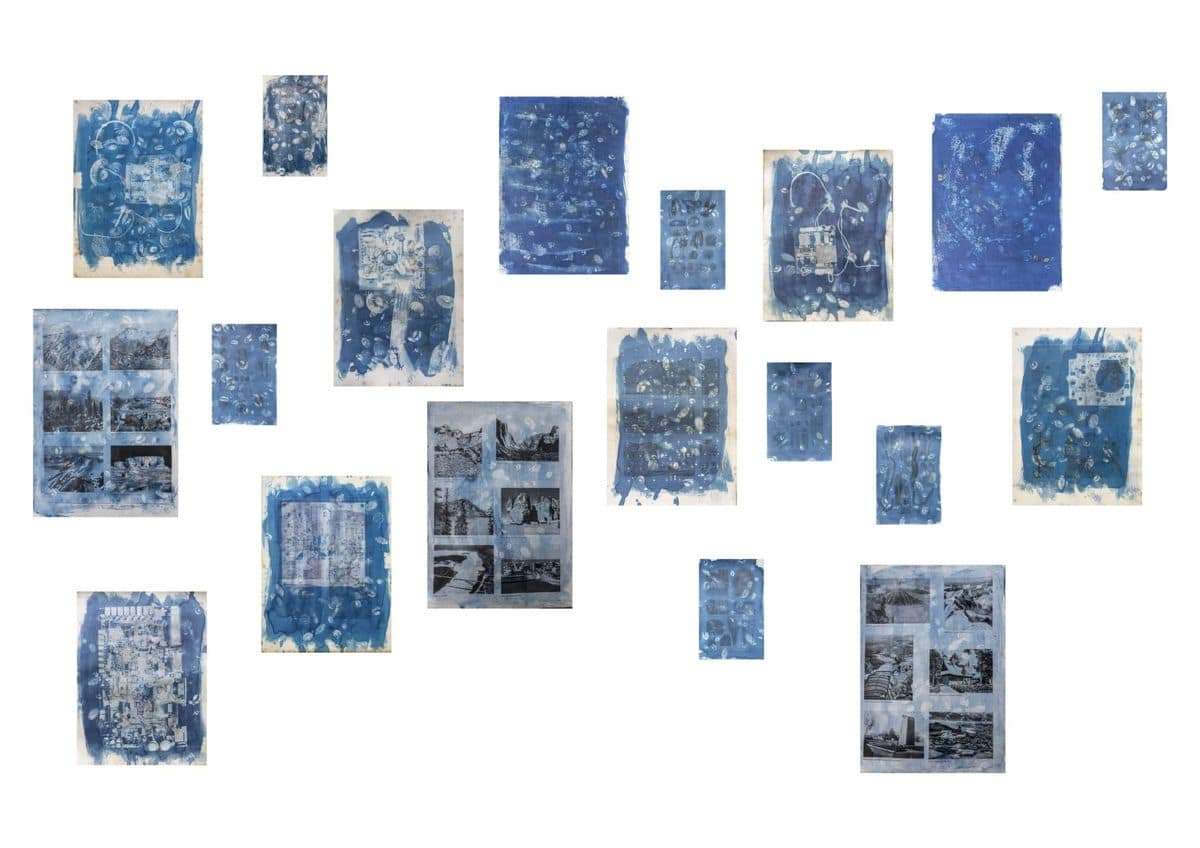 On my search of traces of the Anthropocene I have created layered images by means of cyanotype-process.
Vintage lithographic prints of earliest known micro-organisms, algae, ferns, lichen and other plants, human cells, tissue and organs as well as pages of school-atlas are the carrier for the further procedure.
The second layers are transparencies of printed circuit boards, hardware devices and novel bacteria living on plastic. These are symbolizing the technical imprint on nature, the so-called Technosphere. The combination stands for the human-generated chemical and technical creation, alteration, interaction and destruction of the biosphere.
Technological means have been a main source for radical changes in our handling with nature and further empower mankind to subject the natural world. Digital and chemical techniques are part of everyday life, polluting and implanted in organisms of various kinds down to biological cells.

During my research on new types of organisms living in the Anthropocene on inorganic materials I found old 6×6” negatives in my grandfathers archive. These were exposed to humidity for the last 40 years and transformed the surface of the film into a living space to all kinds of microbes. The latter have altered the initial landscape to a unprecedented one: a mirobescape, revealing a possible outcome of climate change.
Especially considering the fact that bacteria and viruses have been preserved for millions of years in permafrost and glaciers and are now released into a whole new environment where the outcome and consequences of these amalgamations are unprecedented and unpredictable.
While the pictures are beautiful in their appearance they also present an alarming destruction of our world. They both show a by now altered as well a futuristic landscape.

I started to take pictures with my grandfather’s camera when I was 12, developed and printed in the lab self-taught, experimented also during my training period and still enjoy using photography as a main medium. Therefor I consider myself more as an artist than a photographer.
My way of working with the medium is not merely a classical one, but I’m interested what lies behind the surface of a plane picture, what is possible and where the limits are. I often mix medias and explore boundaries of imaging combining web-based photographs with scanned cut-outs from magazines, medical photographs and analog images either from my archive or found images from flee markets.
My inspiration either comes from philosophical, political, scientific or cultural sources and it takes me usually several years to explore a subject within its wide range and levels and to accomplish work series within the topic.