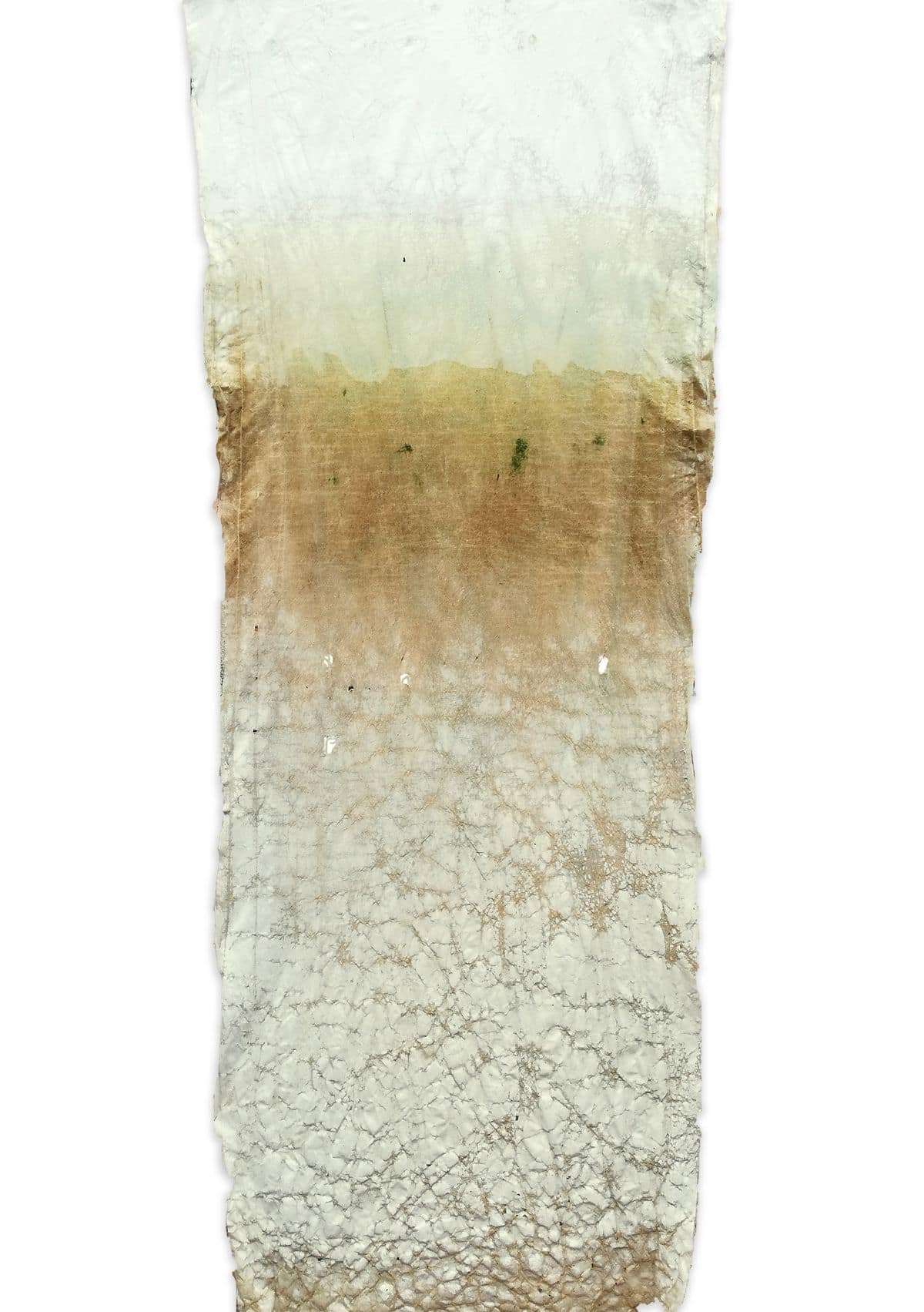 The lagoon is a very complex ecosystem, sensitive to global overheating. Between the various ecosystems it is one of the first to suffer from the climate changes in act, raising an alarm throughout the planet from its symptoms.
The consistent raising of the sea level shows the natural process of water replacement, changing with the weather the configuration of the land emerges.
This work presented wants to testify the vital presence of the water in the lagoon, giving the possibility of the marine environment to communicate something for itself. The large canvas was treated in a special way to give the swells, the cycles of the tide, and the organisms living inside the lagoon a way to create marks, abrasions, and tracks, establishing a dialogue with the sea. 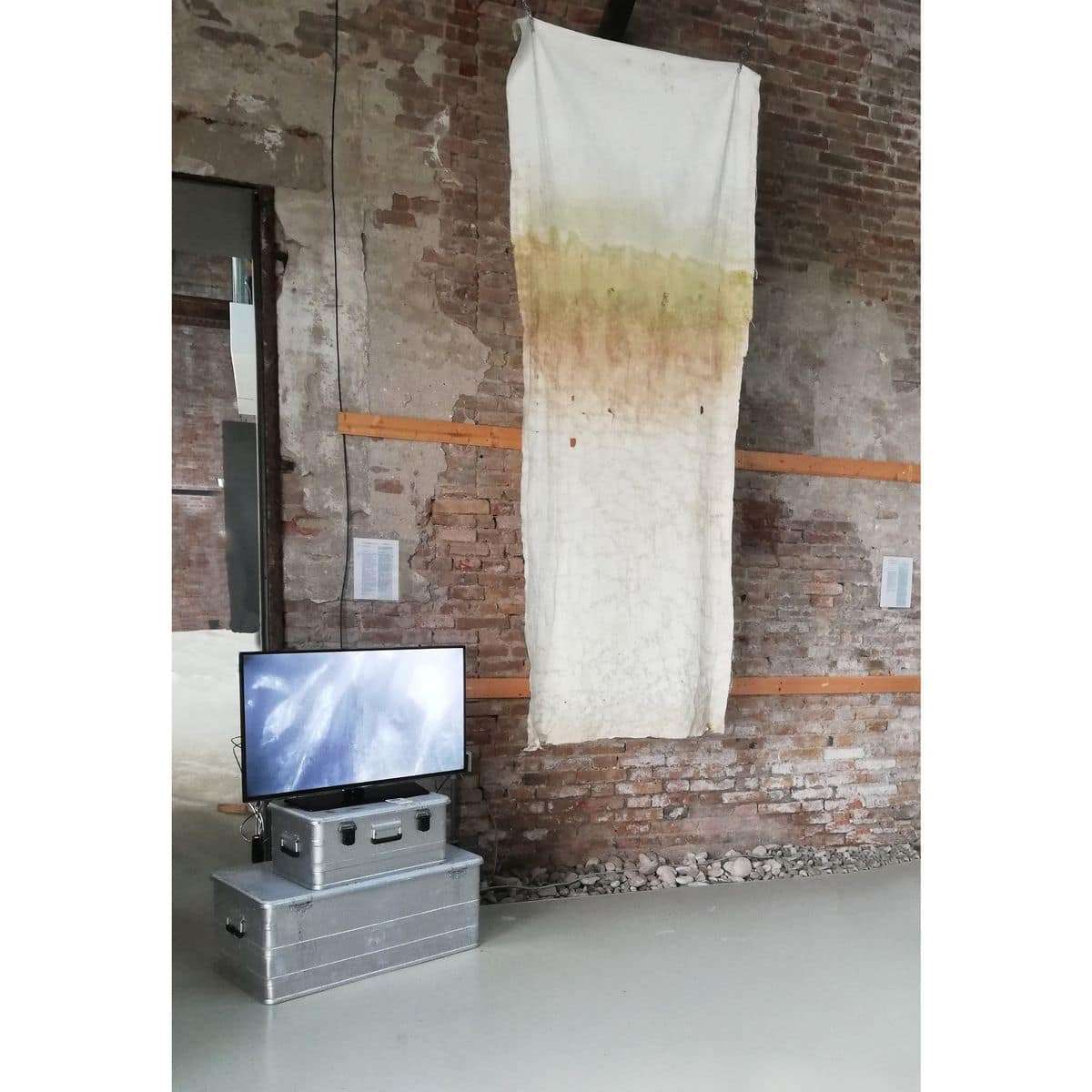 This canvas, for the duration of one month, was almost completely immersed vertically in the canals in Giudecca, Venice. To reach the depths of the canals, the canvas was anchored to the foundation, reaching the bottom with the use of weights which maintained its tension. The entire process was documented in video.

Supporting this work, the film will be presented, describing the dynamic relationships mentioned above.