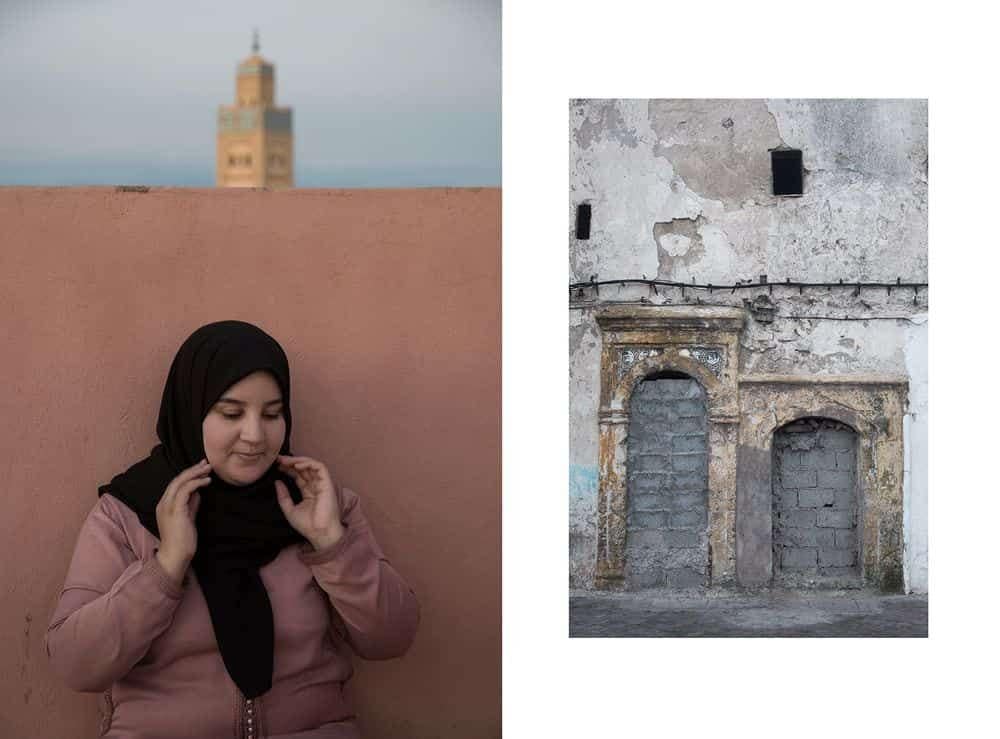 Ghizlane. “If I work my entire family will respect me, not just because I can get a husband. I want to get a career outside the country and travel, I don’t want to just get married and stay inside the house, have a kid, I don’t want that, that is a dead end”

This image is taken from a project, ‘Birthplace, In Case’ created across the Maghreb countries of Morocco, Algeria and Tunisia, which questions how the patriarchal ruling of these countries influences a women’s identity and the visibility of feminine power within society. The project is a series of diptych’s combining portraits, images representing surrounding circumstances and text exerts from interviews with participants. 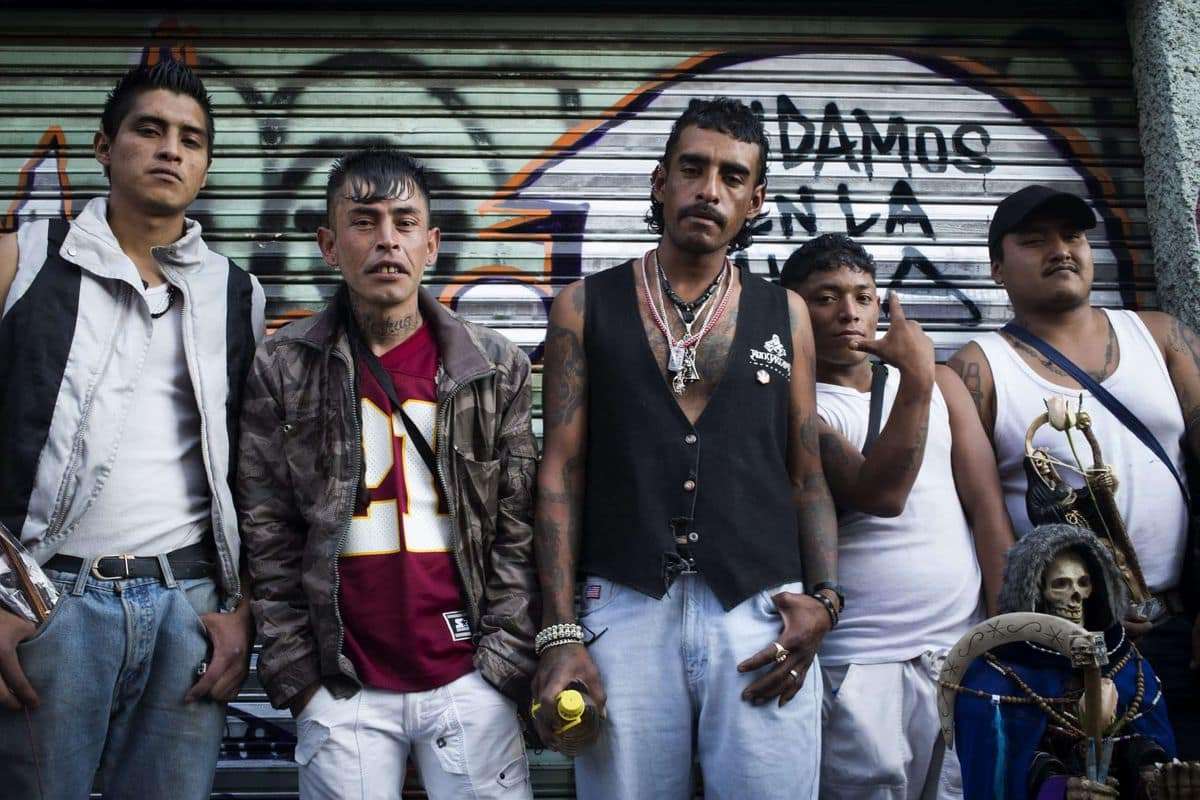 Followers of La Santa Muerte seen during a street mass for the folkloric saint in Tepito, a notoriously crime riddled barrio of Mexico City. Devotees of La Santa Muerte began taking to the streets every month after a local woman known as Doña Queta erected a life size statue of the saint on the sidewalk outside her home in 2001, unintentionally transforming an occult practice known to few Mexicans into a burgeoning devotion which now claims over 10 million members across Mexico, Central America and the U.S.

Such as death, La Santa Muerte does no discriminate; everyone whether rich or poor, powerful or meek will eventually die and La Santa Muerte will listen to the prayers of us all. Formerly hailed as the idol of the destitute favoured by criminals, sex workers, late night taxi drivers and anyone else who felt overlooked and rejected by mainstream society, the following of La Santa Muerte has now surmounted this sector of the population to reach people from all levels of society.

Este Lado / This Side is a collaborative project with residents from various cities between Tijuana and Ciudad Juárez along the northern border of Mexico. This work portrays the lives, memories, and futures of the people living in these communities and the aspect of normalcy, which still exists for those who grow up and live in a place plagued with such a violent reputation.

Woven together are my own images, which show contemporary life on the Mexican side of the border, while the messages and historic images give voice to the subjects’ emotions and show us a glimpse into their childhoods, creating a narrative arch between the past and the present. Aiming to discover and interpret what life is like and how it was over recent decades, by and analysing and deconstructing the stereotypes of US / MX border culture, the idea of the ‘American Dream’ and giving voice to the people who grew up there or still call it home.

All appropriated images and texts are used with permission.

Erin Lee is an editorial and documentary photographer originally from New Zealand. Erin built her career as an editorial and documentary photographer in Mexico City where she was also recognised as an emerging artist in the region for her personal work. Throughout this time she was involved in various aspects of photographic education, from teaching in institutions to working with non-profit projects providing free workshops across Mexico. Her work applies environmental portraiture with landscapes and habitats to examine social issues in a way which challenges the traditional format of documentary photography. These projects become ‘depictions’ designed to break stereotypes surrounding the subject.

Her work has been exhibited in New York, Australia, Colombia, Mexico, Venezuela, Spain, Portugal, Ethiopia, Morocco, and published in various countries. Erin has been selected for artists residencies
in Venezuela, France, Morocco and Algeria.