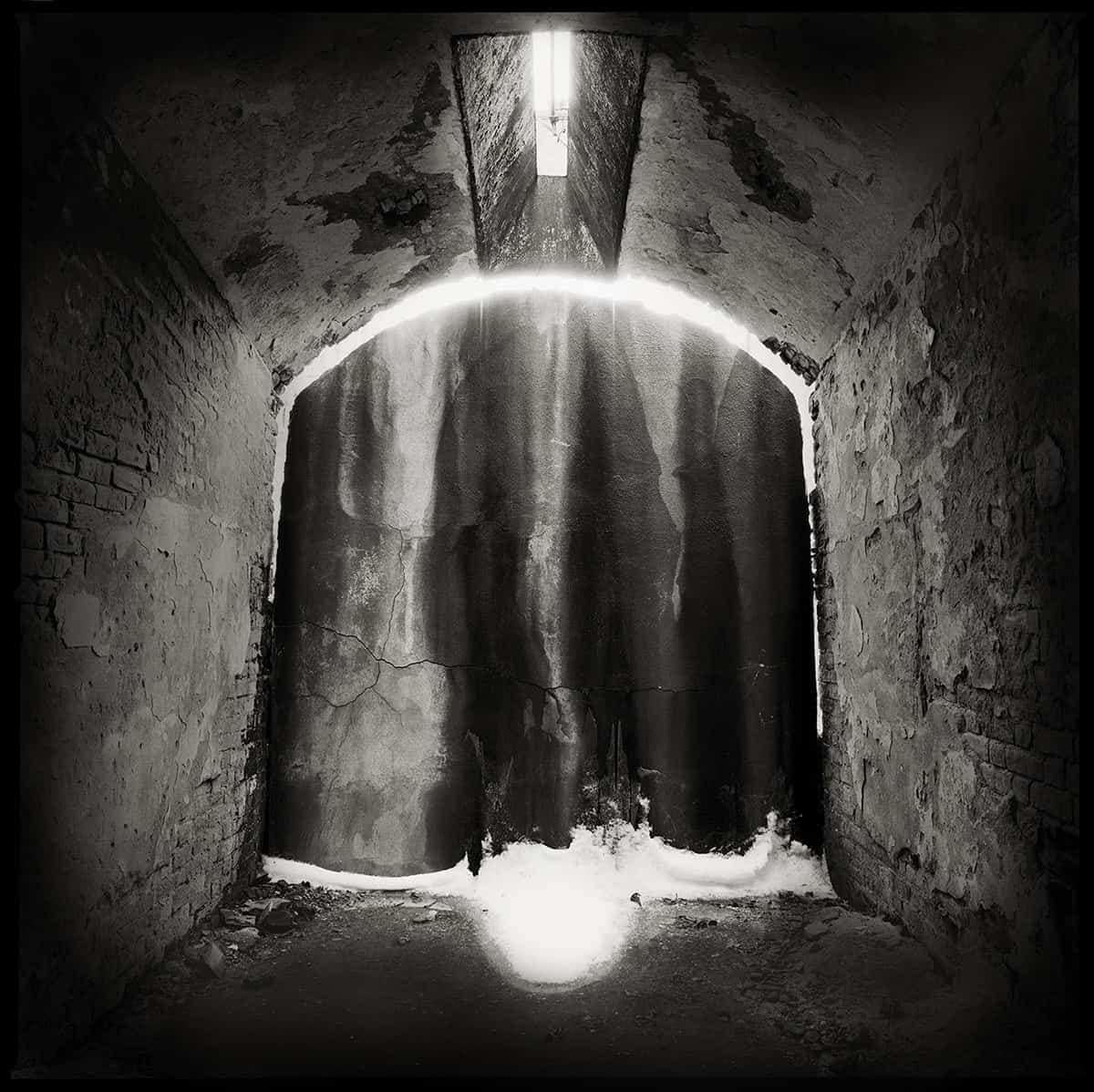 The Drapery is an image that is part of my series “Thou Art… Will Give…” which is based on the Eastern State Penitentiary in Philadelphia, PA. Originally, the penitentiary was just another ruin to me until I had access to the original Warden’s Logbooks from 1829-1841, which I would read before photographing each day over a span fo 362 days. The final body of work includes images of the Warden’s Logbooks, traditional photographs, and photographs that integrate text & imagery. To date, I have held eighteen solo exhibitions for this body of work with four more scheduled for 2020. 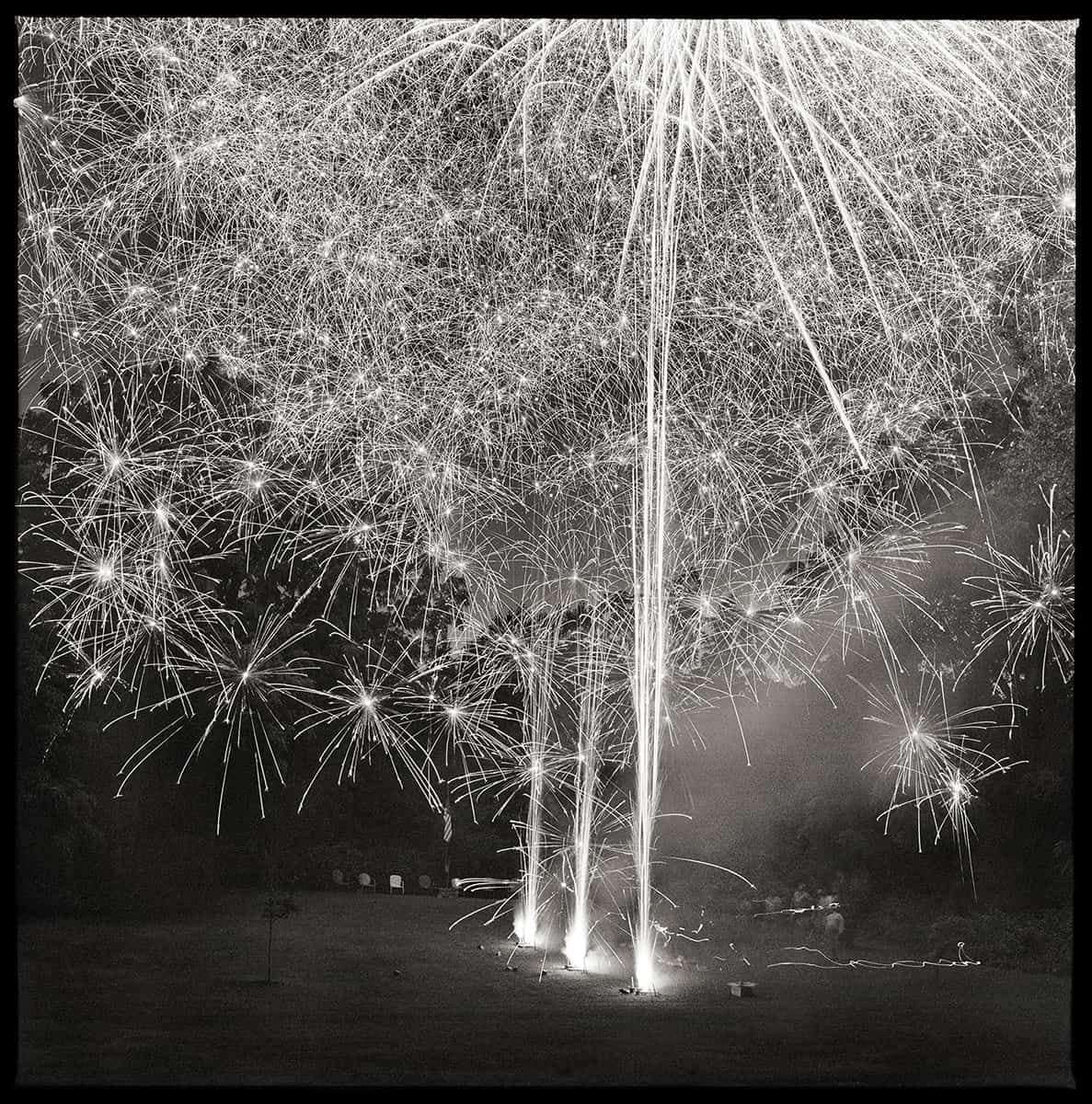 This image is from my series “PRIVATE | Now Back Go : Go Back | PRIVATE” which is a visual reference on how technology has influenced anything but growth whether that is in knowledge or society.

Being a business owner in Upstate New York, I have developed a whimsical view of the daily environment surrounding me. We often tend to think that all technology advances us as a society/culture, but often we instantly forget about what has gotten us to the point we are at, as a society and within our lives. In regards to technology, the idea that we are taking one step forward is often leading us to take one step back as a society. Whether that is by monitoring everything that happens in an environment or having the location become abandoned, we are losing our identity. Our society has become one where we are always building new infrastructure, buildings, technology, and advances while just allowing the used/old objects to be forgotten about or ignored.

This image is from my series “Felicific Calculus: Technology as a Social Marker of Race, Class, & Economics in Rochester, NY.”

The payphones in the Greater Rochester area are part of a felicific calculus in regards to the decision made to leave the payphones and the locations in which they are located. Frontier Communications is losing money from these payphones and decided to maintain them for the greater good of one of the poorest cities by the number of people under the poverty level in the United States.

To many individuals, these payphones serve as a social marker or social indicator, and to others, they serve as a marker of crime. The perception of one area is worse than another is often drawn to a conclusion by such social markers. Often these perceptions can lead to dangerous or ignorant decisions. I began to look at census maps and overlay them with maps of the payphone locations. The average income for these areas of payphones is under $20,000 per family.

Eric T. Kunsman (b. 1975) was born and raised in Bethlehem, PA he was heavily influenced by the death of the steel industry and its place in American history during his high school years. The exposure to the work of Walker Evans during this time is what hooked Eric onto photography when he was planning on a career in fine arts. Eric had the privilege to study under Lou Draper who became Eric’s most formative mentor. He credits Lou with influencing Eric’s approach as an educator, photographer, and contributing human being.

Currently, he is a working photographer and book artist based out of Rochester, New York. Eric is a Lecturer for the Visual Communications Studies Department in the National Technical Institute for the Deaf and also teaches for the School of Photographic Arts & Sciences both of which are part of the Rochester Institute of Technology. His photographs and books have been exhibited internationally and are in several collections.