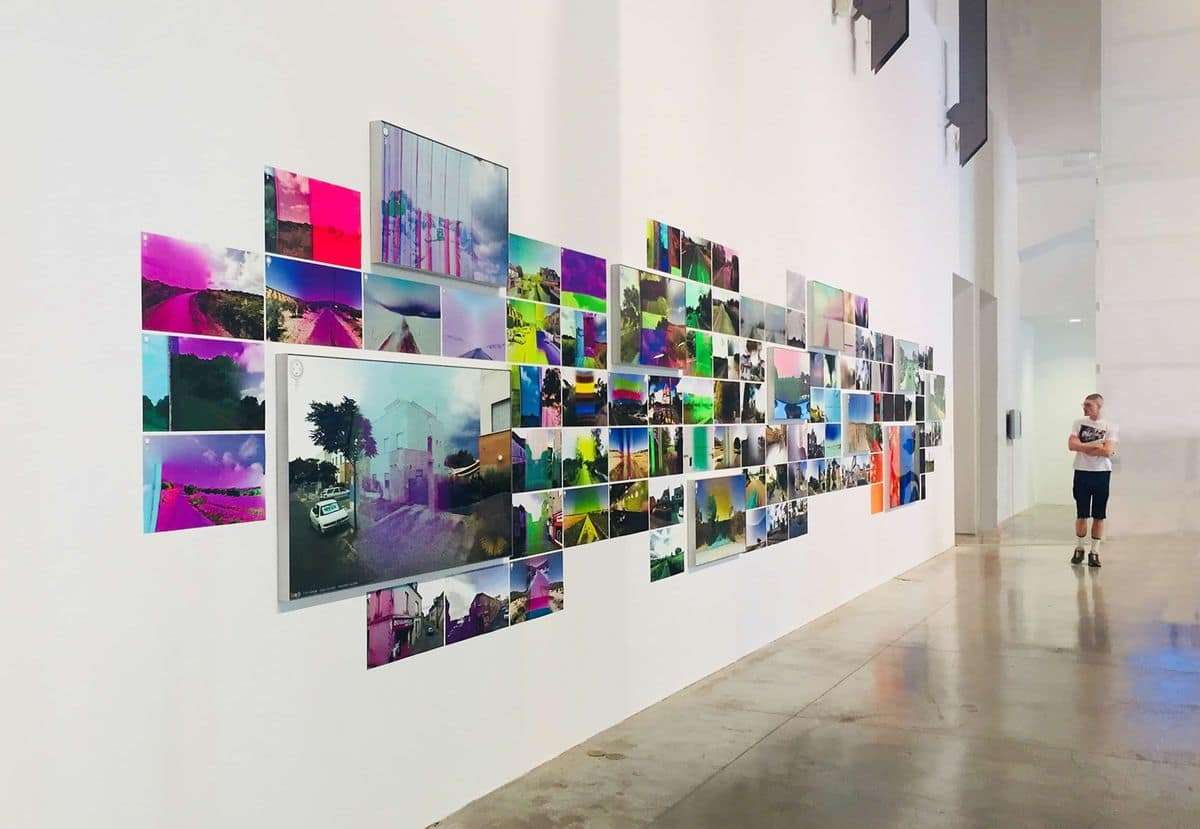 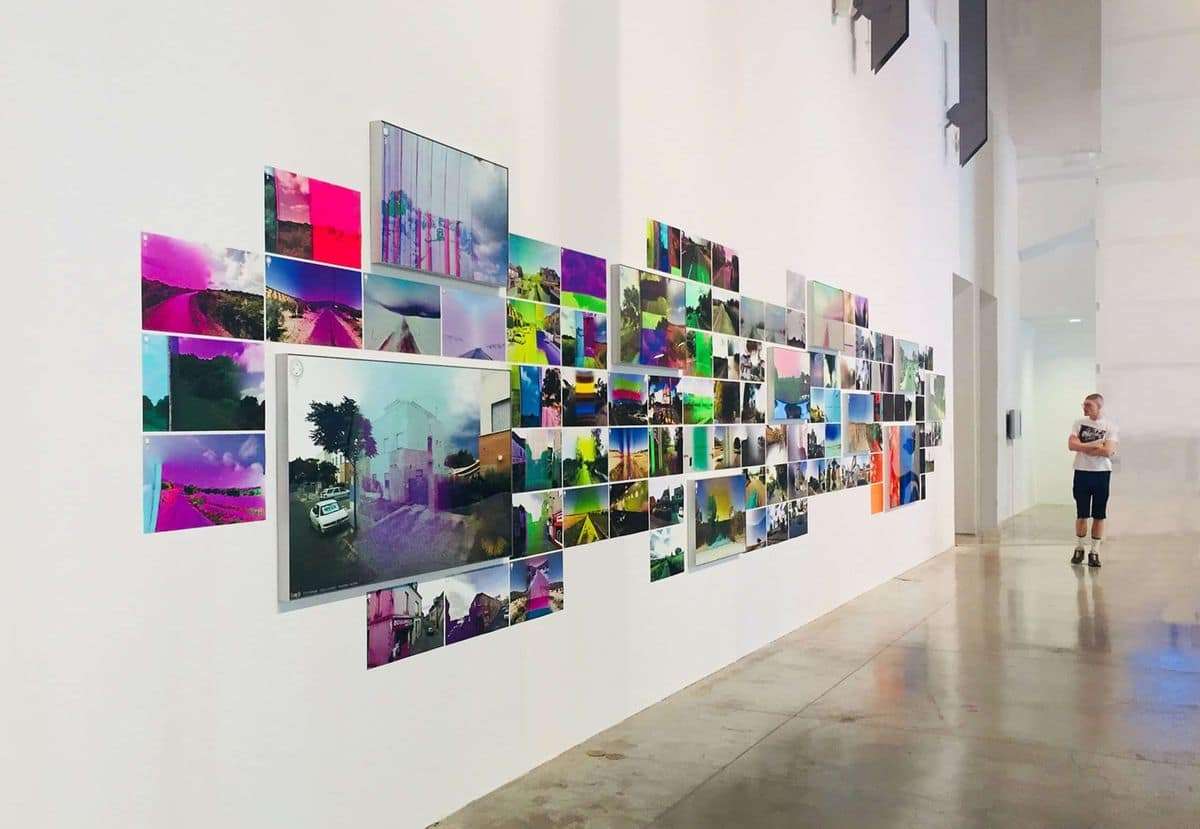 The series of 100 images entitled Report a Problem is the first part of a project, entitled The Google Trilogy, about the relationship between humans, power, and technological errors. “Report a Problem” is the message that appears at the bottom of the Google Street View screen, which allows viewers to report a problem during the viewing of the place they are virtually visiting: missing censorship, wrong colors, random appearances. I traveled on Google Street View photographing all the “wrong landscapes” I encountered before others could report the problems and prompt the company to adjust the images. Common landscapes are transformed by Google’s unexpected technical errors into something new. 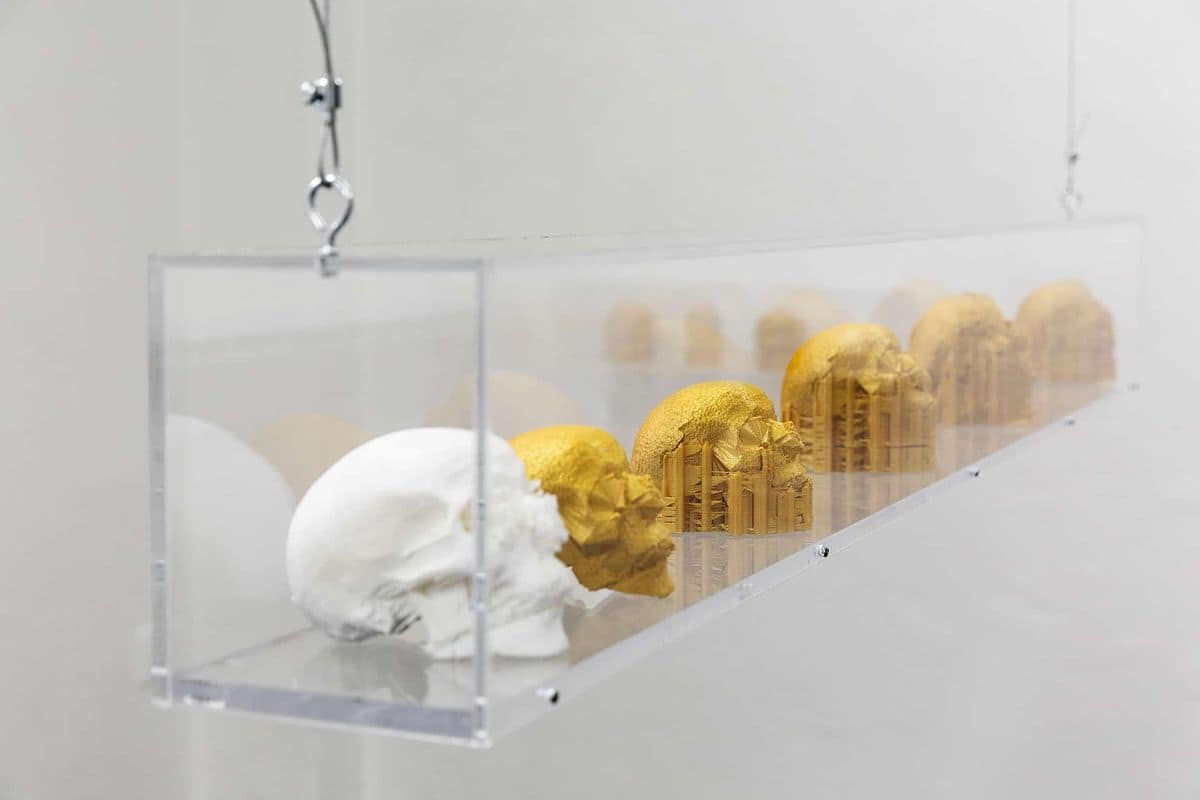 Failed Objects is the first of two ongoing sculptural projects, entitled The Other Shape of Things, produced through heterogeneous technologies and techniques, including 3D scanners, data manipulation and 3D printing. Failed Objects consists of a process-based and ongoing series of sculptures. The starting point of this work is a collection of hundreds of ‘failed objects’: 3D prints that I collected before they were destroyed by 3D printing labs all over the world. These objects were considered ‘failed’ for different reasons: some had not been properly printed and most had distortions, imperfections, and glitches of various kinds. 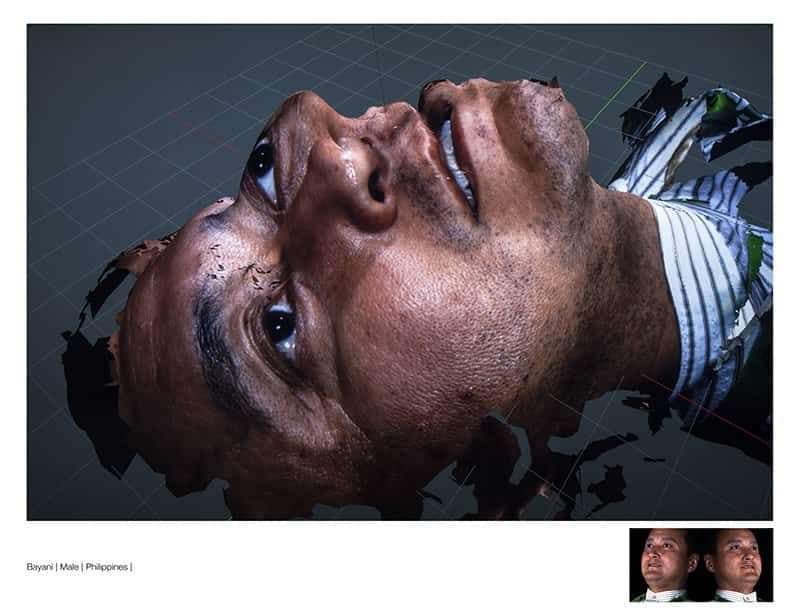 The Digital Skin Series is composed of self-portraits in which I pose “under the digital skin” of strangers I’ve crossed paths with in the past. To create this series, I first used a 3D scanner to obtain an accurate tridimensional model of my face. Then I used a camera-prototype to acquire HD portraits of strangers. Finally, I applied their portraits to my digital skull as if they were simply an additional layer. The result is a series of photographs where bidimensionality and tridimensionality collide in an intimate and unpredictable way.

In the past, myths about skin were common across cultures and related to radical biological metamorphoses. For example, in the Navajo tradition – which considered the skin a mask – if you were to lock your eyes with those of the skinwalkers, they could project themselves into your body and transform into you. In today’s network society, bodies have left that organic condition and are characterized by transient statuses: individuals have become di-vi

Emilio Vavarella is an artist whose work merges interdisciplinary art practice and theoretical research and is centered around the study of the relationship between humans and technological power. Venues that have exhibited Emilio’s work include: MAXXI (Rome); KANAL – Centre Pompidou (Bruxelles); MAMbo (Bologna); The Photographers’ Gallery (London); and Museo Nacional Bellas Artes (Santiago). He is currently pursuing a PhD at Harvard University.