The Cognitive mapping process is a mental representation of the spatial information. It consists in acquisition, memorization, recovering and decoding of environmental information.
What does one remember of a room in which she or he lived, and that does no longer exist, or where she/he never went back?
In I…Cognitive maps-chapter 1, I travel in my memory-and in history-through the attempt of sketching the different apartments and living situation I had to change during the Lebanese civil war and in the following years.
The architectonic details-as they are remembered or maybe transformed by my memory-become the starting points to enter again both the spaces of the rooms and the time of the past. A practice that builds apartments standing on beliefs and memory.
I…Cognitive maps-chapter 1, is a storytelling performance that explores how knowing where we are and who we are, are two fundamental aspects of our physical and mental experiences.

There is no organized effort to name civilians victims of wars.
“Each person is identified as an individual and as a member of a group (familiar, ethnic, religious, professional…) through his or her names and title. Our names are the core of who we are and whom we are perceived to by others. When we die we leave behind something of ourselves through our name. To remember and honor the dead is important for nations, for states and for families all over the world. It is important for each individual too, everyone want to be remembered, we all want our death to be a loss to someone, just as much as we want our lives to have mattered. Numbers alone cannot possibly represent human lives. Knowing how many have died cannot be enough without also knowing who has died. 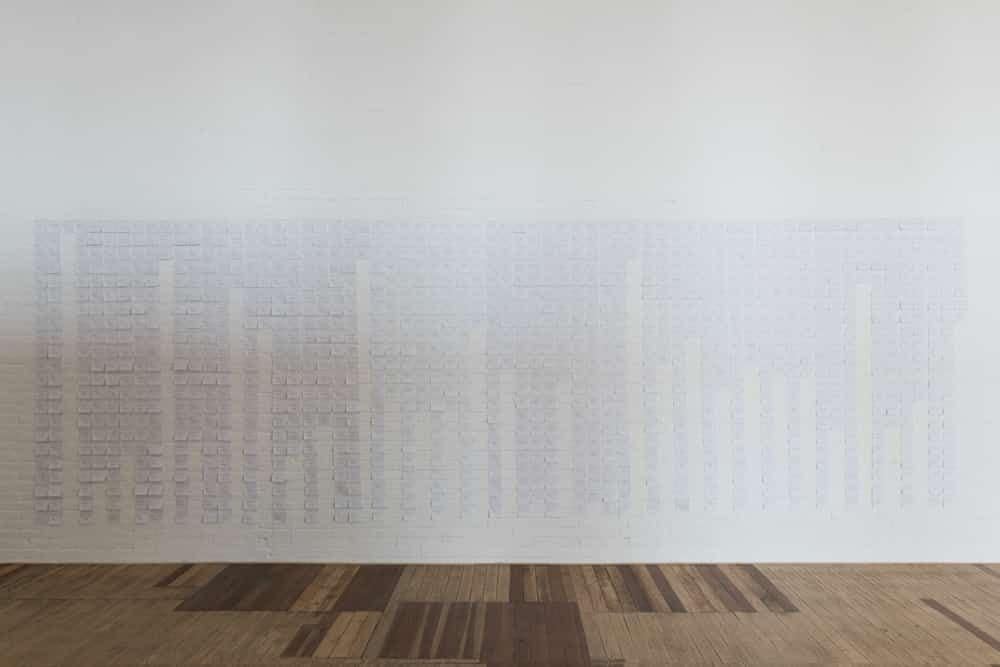 If Something Happens…This Is Where I Was 2016

In this work, I documented the spaces I have been, starting from waking up in the morning till laying down in bed at night, while taking the specific time, for 30 consecutive days (8-2-16 till 8-3-16).
As an atheist raised in a Christian family in an Arab country, often feelings of isolation and rejection from society within which I existed were strong, as within that specific context, I am not considered a “proper Arab”. Being in Europe, with the rise of Xenophobia, islamophobia and racism, I started to feel a similar sense of rejection and isolation with a sensation of being a “suspect”, as here beyond the Arab world, I am considered “Arab”, creating within me the urge of justifying my existence as a human being.
Through the documentation of an approximate 1140 consecutive movements, presented on 1140 office papers, I am showing a prototype of 30 days of my ordinary life in Barcelona, in which the viewer can check my “Identity”, What did I do, where did I go, at what time…

He lived many wars and unrests due to the sectarian, complex political system in Lebanon and its geographical location in the Middle East. Raised in this context, politics and uncertainties have played a significant role in his life and art practice.

Ely’s body of work is concerned in questioning and protesting many of the world’s human conflict and human nature, including his own.

Time, Repetition and Memory are key indicators of the process and often work as a means for him to understand, explore and observe his practice, in which long durational process and documentations are strongly present.

Ely works within the political, social and personal art realm in a way where the viewer has space to think through. His work is not declarative, right or wrong, he is simply laying out a situation for consideration and provocation.

Currently, Ely is based in between Barcelona and Berlin.