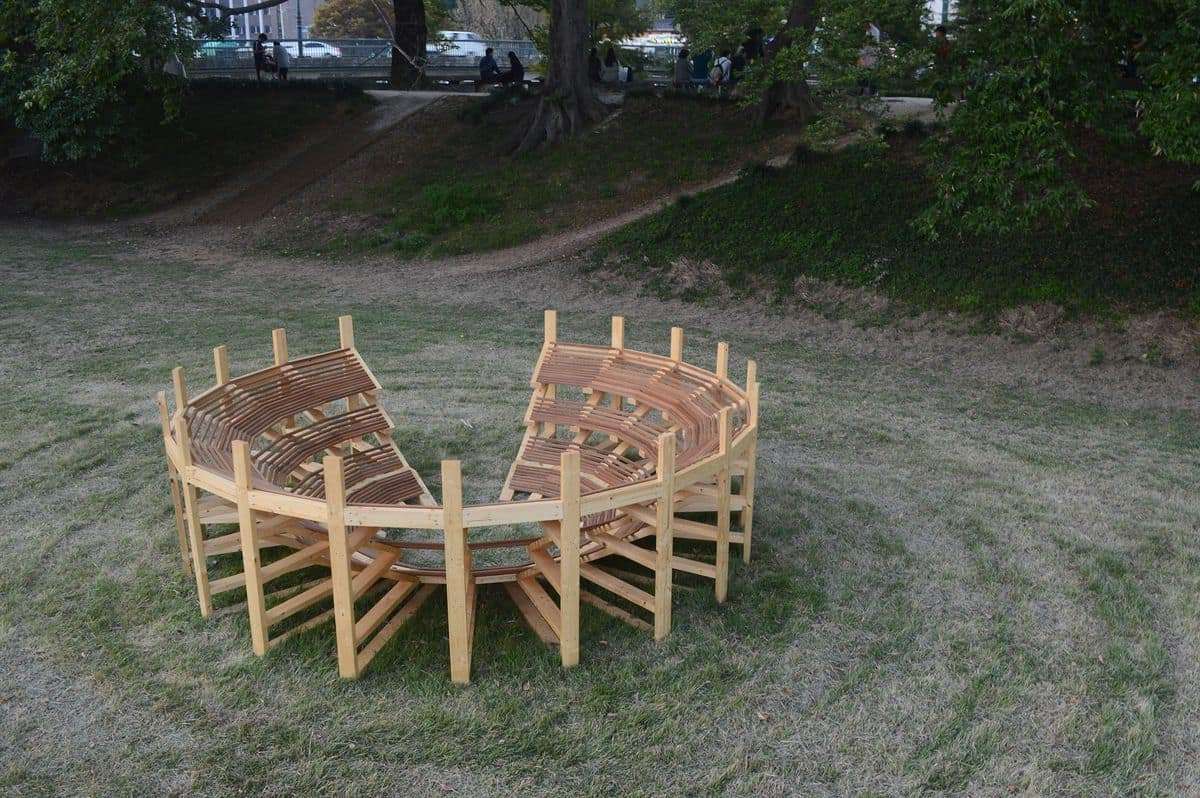 Public work installed for the Damyang International Arts Festival in South Korea. The work is interested in power and nationalism from both a civic and cultural vantage point. It takes a well-known architectural symbol of economic muscle, the stadium, which is the site of everything from large sporting events to political speeches to pop concerts, and shrinks it to a diminutive size so that the audience may view this icon of power from a new, arguably more objective vantage point. I worked using locally recognizable, vernacular materials to further strengthen the work’s familiarity with its audience. 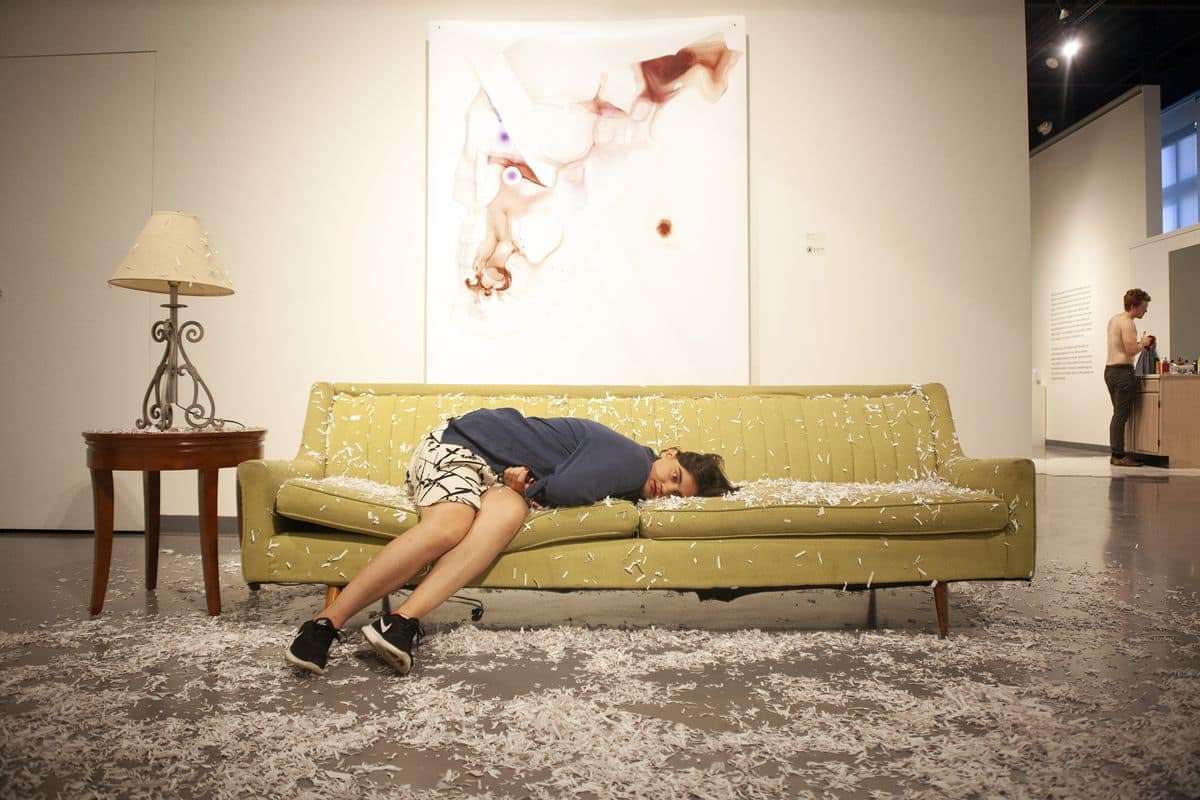 An iteration of Spartanburg Art Museum’s Art2 series, Interlace: Time/Body was a series of performative works I conceived in response to the exhibition “Another Body.” Four vignettes were designed and installed in the museum, including a bedroom, a bathroom, a waiting room, and a grassy “outdoor” area. Initiated by the sound of an alarm clock in the bedroom at 15 minute intervals, four actors gradually cycled through these vignettes over the course of the evening.

Each work was a distinct exploration of how one’s bodily experience and/or daily routines may disrupt and befuddle the felt passage of time. Though time and the physical body are often thought of, logically, as separate entities (the 4th and 3rd dimension with the 4th in the driver’s seat), the exhibition sought to playfully refute this notion by illustrating a coalescence of the two that allows the physical to control how the temporal is felt, perhaps more often than not, in day-to-day life.

Ineffective Foresight and a Sea of Loosely Catalogues Memories 2015

Originally from the foothills of Pennsylvania, Eli Blasko is a visual artist, designer, woodworker, and public artist. His recent exhibitions include works shown at the Pittsburgh Biennial (PA), Gallery 219 in Dallas (TX), Spartanburg Art Museum (SC), and the Western Carolina University Art Museum (NC). He has completed residencies across the United States, including The Paducah Arts Alliance (KY), Hub-Bub (SC), The Charles Adams Studio Project (TX), and Sculpture Space (NY). His current and recent projects include a public installation of a 1:12 scale wooden model of a sports stadium in Gwangju, South Korea for the Damyang International Arts Festival, working with Amazon to create interior murals for the company’s employees at its fulfillment centers, working with Adidas to design and paint basketball courts around South Carolina, making a Windsor chair from mac n’ cheese, and slowly stealing and taxonomically cataloging every single door stop on a large public university’s campus.