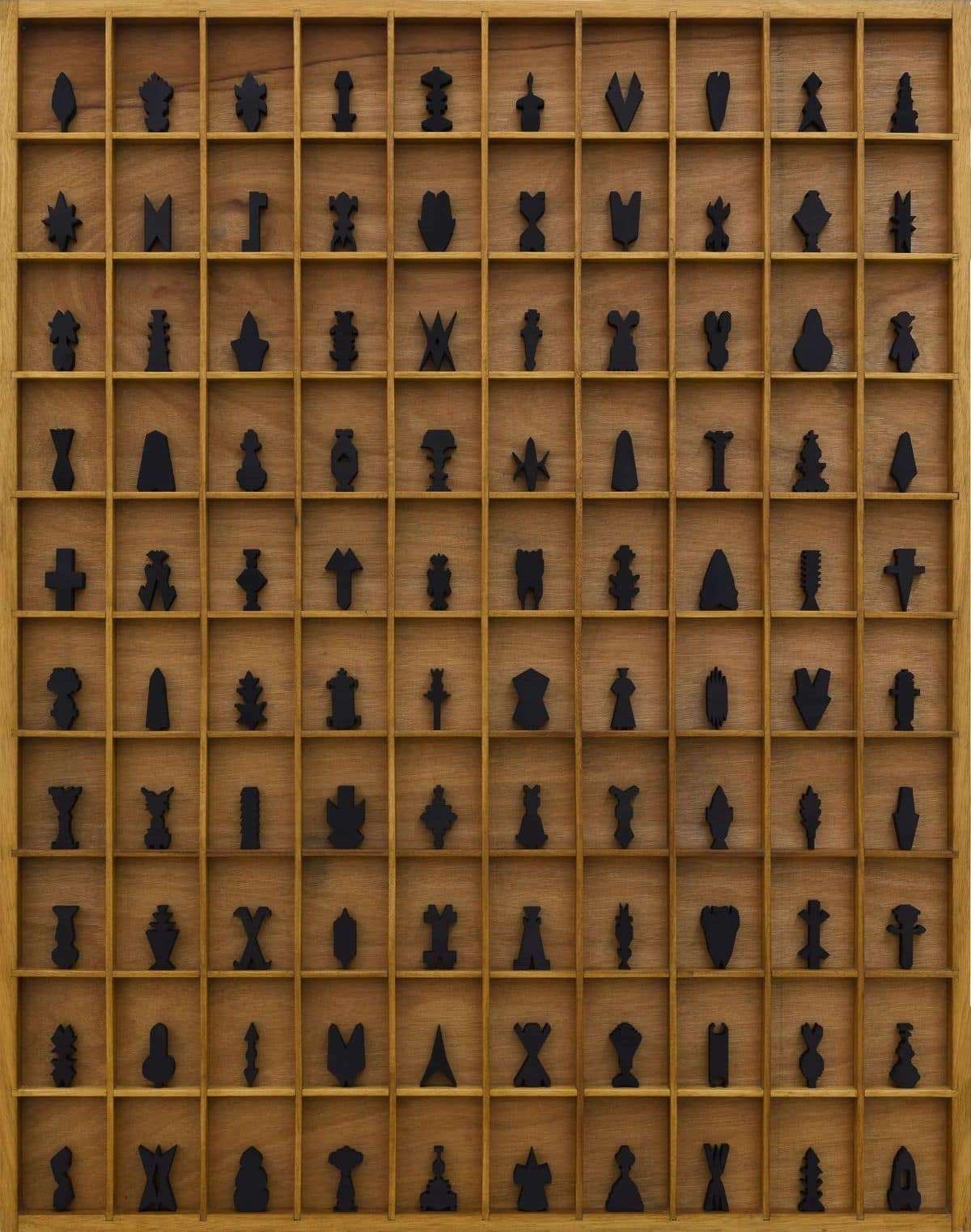 I look for forms around me. Between 2013 and 2015, inspired by the works of Lygia Pape “The book of time ” and “Night and day”, I started creating 365 forms, using only straight lines. I have drawn them in old or tint papers, A4 size, and paint them with black gouache. Then I digitalise them, print small photographs and organise them to produce a catalog. I call them Trans Forms (TF1) because they result from observation and transformation of forms found around me. This Trans Forms are used as a generative system, a vocabulary for producing drawings and objects. Often I upscale them and decorate them with paint and collage and use them to make paterns. I have also transformed some of them in 3dimensional objects, some made of paper, others in poliamide and some made of iron sheet. In the image we can see 100 poliamide trans forms organised in a wood shelf. 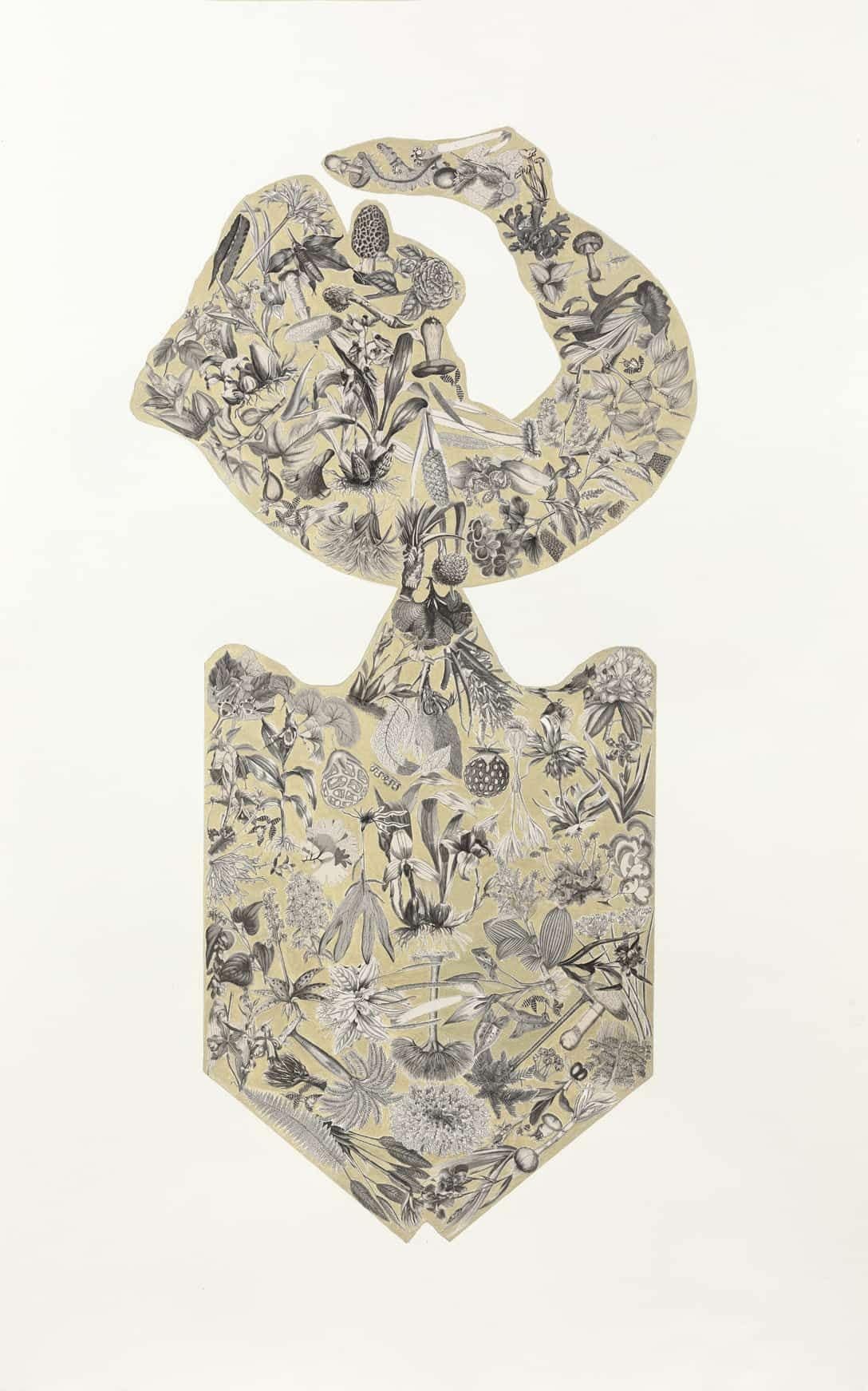 The second set of Trans forms (TF2) is already under way. The drawing here presented is TF2 number 72, upscaled to 140 x 92 cm. It was decorated with figures cut from an old botany book and gold gouache. 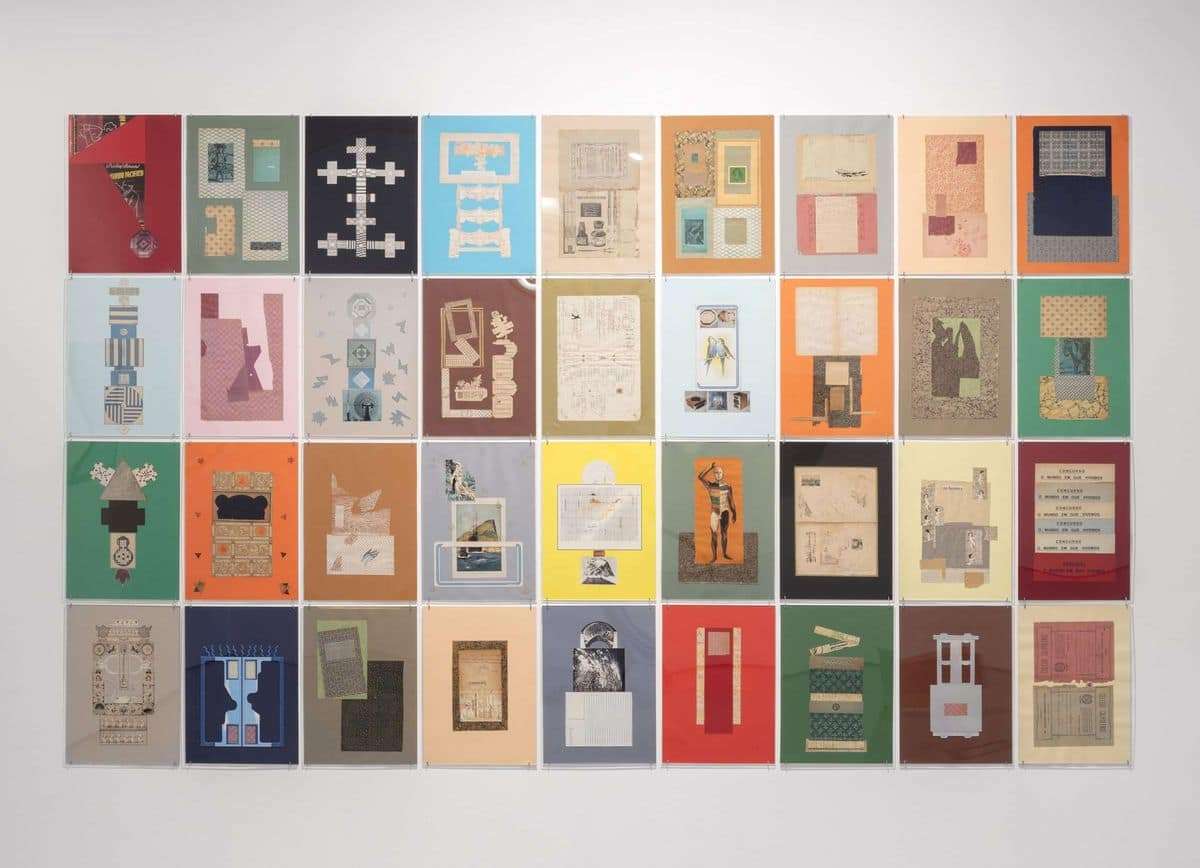 Often, when I cut figures and photographs from old books, bits of beatifull papers, interesting images, etc are left over. With them, so that they are not lost, I make collages. Some of them (36) are shown in this image.

Eduarda Rosa (1949) lives and works in Lisbon. Her professional career took place at the Faculty of Pharmacy of Lisbon. She started her artistic training in after work courses and upon retirement, at Ar.Co, she completed the Drawing Course in 2009 and the Advanced Art Course in 2012. She hold her first solo exhibition, Trans Formas, in November 2014, at Espaço AZ, followed a year later by GTF.des, at the Museu Geológico, both in Lisbon. Her next solo exhibition, As classificações sensíveis, was at Culturgest, Porto, in 2016. In 2018 her solo exhibition Formas Primitivas took place at Galeria 7, Coimbra. She also participated in collective exhibitions, namely Bolseiros e Finalistas do Ar.Co, in 2012 and 2013, in 2016 Periplos – Arte Portugues de hoy, at CAC, Málaga, Spain, LQR, Galeria 111, Lisboa 2018 and Diário Ilustrado na Galeria da Livraria Sá da Costa also in Lisbon.In 2019 she participated in the exhibition “Play is a serious matter” at The Fundação Portuguesa das Comunicações.