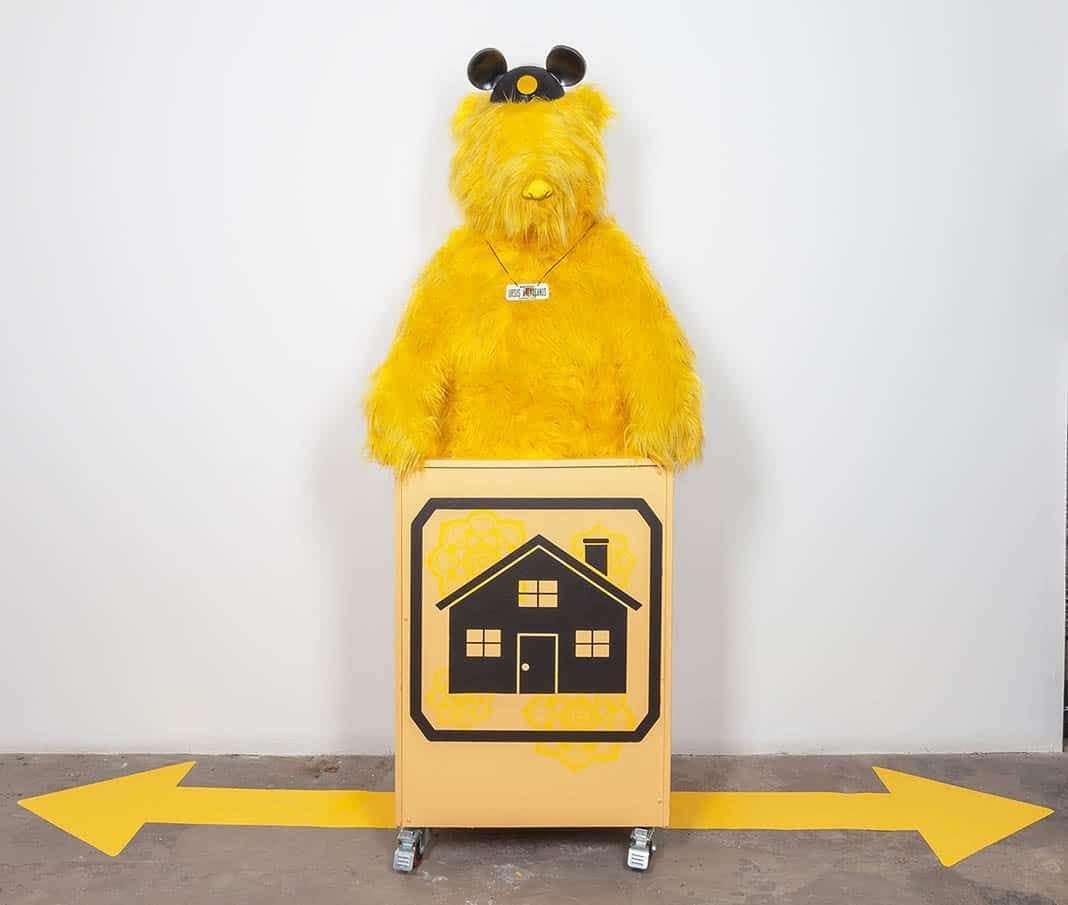 This Patron Saint series is meant to show the connection that women have had for centuries with being stewards ofd the environment. Women are in charge of feeding their families and working the land, yet they [along with their children] bear the brunt of the lack of ecosystem services. Clean water, lack of food security, environmental toxins. The work is meant as a call to the viewer to find their spiritual connection with nature. Each saint was chosen by the storied written about her life through eh Catholic Church and those that the artist wanted to discuss and create. Some of the topics tackled by this work is endangered species [birds, bees and frogs are in trouble worldwide]; feral animals that deplete natural resources and the environment in general. The female figures are purposely created form the view of the young. It makes the work “Diseny-esque and frames it in a fantasy world. This gives the viewer an feeling of nostalgia and lowers their guard. By introducing important environmental issues without being directly didactic, the message is easier to convey to unsuspecting viewers. This big yellow cartoon bear is reminiscent of many Disney bears in themes parks and films. It allows the viewer to interact with the piece without realizing [at first] the tragic reality of the piece. The truncated bear has no where to run, surround by graphic images relating to human activities that are causing the demise of this species. The tattered mouse ears purchased at the Walt Disney thee park, makes reference to the fact that All of the Disney parks in Florida sit directly in the middle of historical bear ranges. Now there is very little land for the bears and the populations have been segregated, not giving them much of a chance to survive. Human encounters are increasing and it usually ends badly for the bears. Falling in love with this big yellow bear, may motivate the viewer to become active in helping fight for its survival. This giant pink rat [half human/half rat] is a statement on the heavy hand that man has in the destruction of natural resources and loss of species. Just like the big sewer rats we find invading our urban cities, the “human rat” has invaded almost every natural space on the planet, using it for our own needs. Viewers use this piece as a “selfie” photo opportunity, not realizing the tragic irony of that scene. They are using this artwork for their own benefit, not realizing how connected we are to biodiversity and species. The loss of both directly impacts human health and well-being. We view nature an and animals as a novelty.

Diane Arrieta (USA-Czech/German/Native American) was raised in Western Pennsylvania and currently resides in South Florida. She holds a BFA in ceramic sculpture (Florida Atlantic University, FL) and an MSc in Wildlife Health (University of Edinburgh’s School of Medicine and Veterinarian Medicine, U.K.).