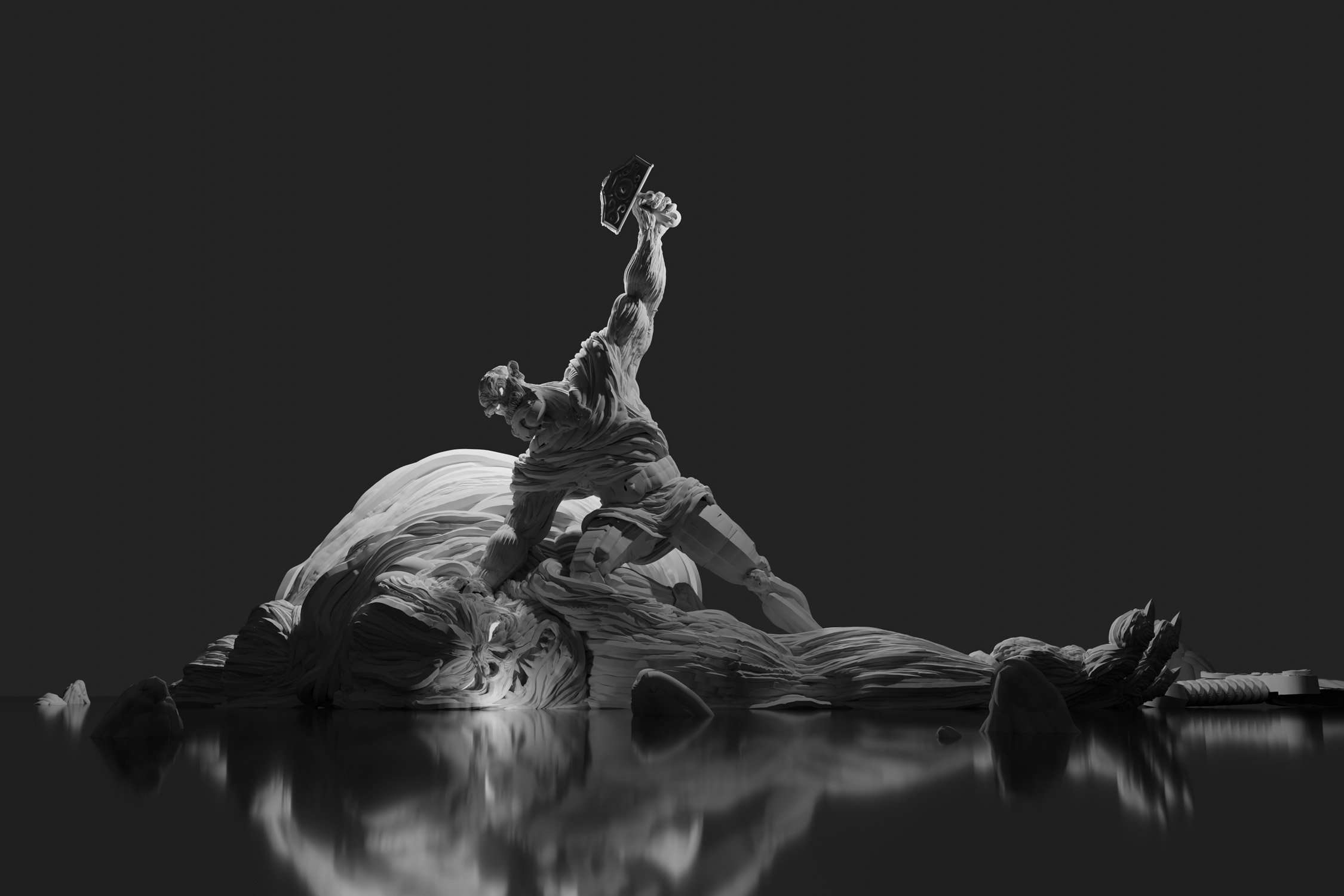 Traces No One Any Longer Lives (Series) 2021

In Norse mythology Thor was to be the protector of the gods and men against the powers of chaos. He ensured that the constant threat to the cosmos was kept at bay. The threat came in shape of Jætter; ancient supernatural beings living in Jotunheim, often connected to the deceitful wild and destructive forces of nature. When irregularities arose in a society, like droughts, earthquakes, or even pandemics, it was due to the incursion of chaotic forces into an otherwise orderly cosmos. Here a god of battle must step in and thus, in the struggle itself, save the orderly world… 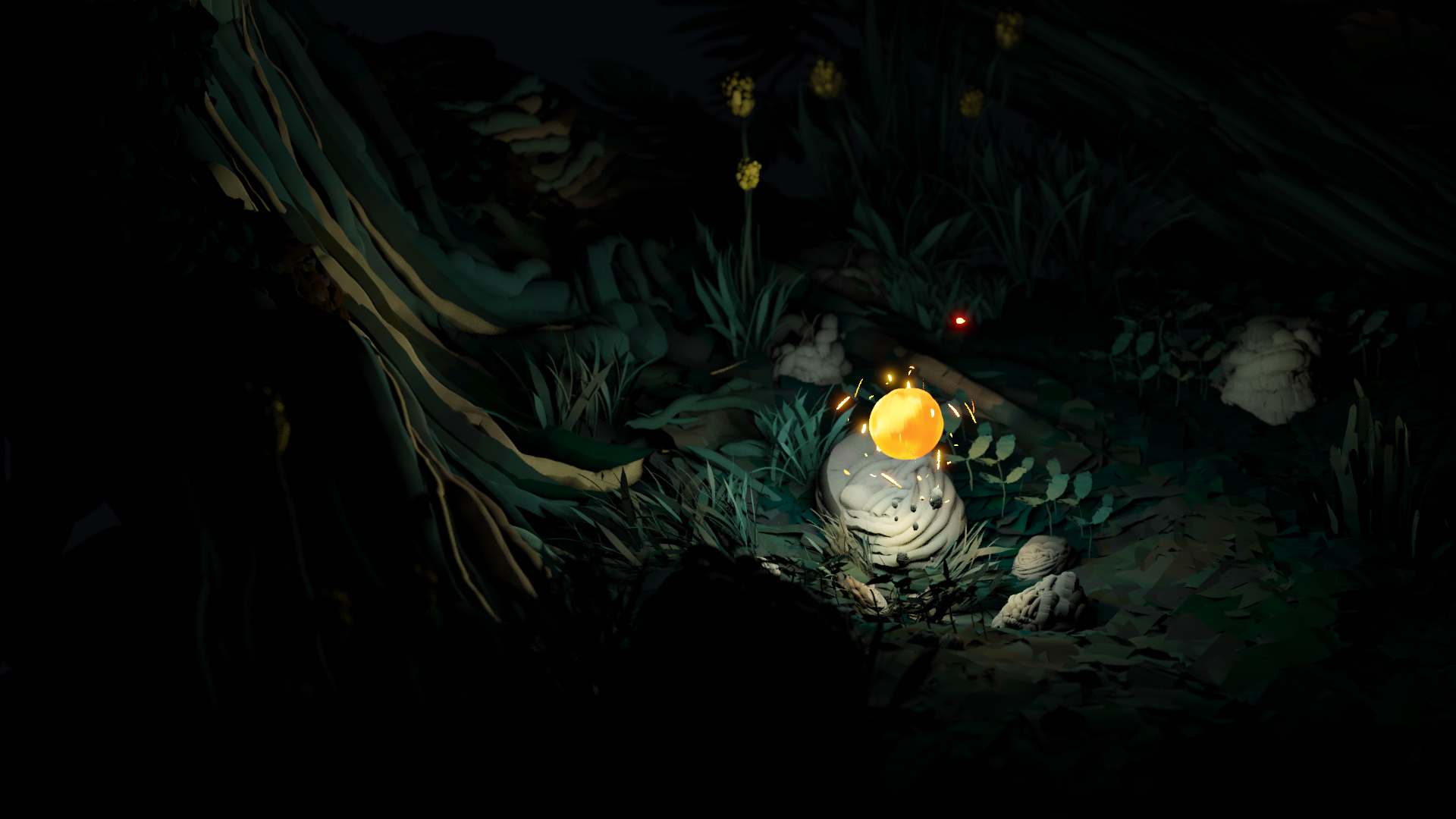 We are often struggling to find focus in our everyday lives. And the consumption of art in a digital world is often superficial and reduced to scrolling through an Instagram feed or an occasional visit to an art blog. Even when visiting a physical exhibition we are often distracted by our phones or experiencing the exhibitions through the lens of our cameras.
The Diorama Series is created to investigate a 100% immersive experience for the viewer. By combining Virtual Reality with a series of meditative dioramas to explore, the viewer steps away from the outside world and is submerged in her own tempo and her own time…

Most of us are locked in a specific pattern when we create. We have our own comfort zones, our ideologies & our own specific taste which makes our creations unique. We inhabit our own creative universe and build on our own personal experiences. But what if we could open up this creative universe and share it with other artists, exchange ideas, co-create while still having 100% creative freedom?
In 2009 Danish artist/director Christen Bach Initiated the Animation Tag Attack, an animated exquisite corpse, as a part of an experimental series of shorts in order to exchange creative workflows, explore new styles & production forms for the animated media as an artform.
The Rules are quite simple: Each artist gets 4 weeks to produce between 5 and xx seconds of film. It is up to each individual creator to pick the style and media they want to work in – and to decide how they think the story should evolve.

Christen Bach (b. 1978) is a Danish audio-visual artist currently living in Berlin, Germany. His personal work mainly focuses on human behavior – often told through experimental or stylistic visuals – using the absurd or the surreal to highlight the emotional content and to put the reality of the themes into perspective. Bach’s artisanship elegantly crosshatches traditional craft and new digital technologies such as Virtual Reality – ofttimes combined in conceptual tableaus or mixed media animation.
In 2012 he was rewarded the Danish Animation Guild’s “Talent of the year” at the Danish Animation Awards for his experimental short film “the Animation Tag Attack”. His work has been exhibited at the Guggenheim museums in New York, Bilbao, Berlin and Venice as a part of the Youtube/play – and has furthermore been featured in hundreds of festivals and galleries around the world alongside artists like Takashi Murikami, Jeff Koons, Yoko Ono, Friends Like You & Kaws…