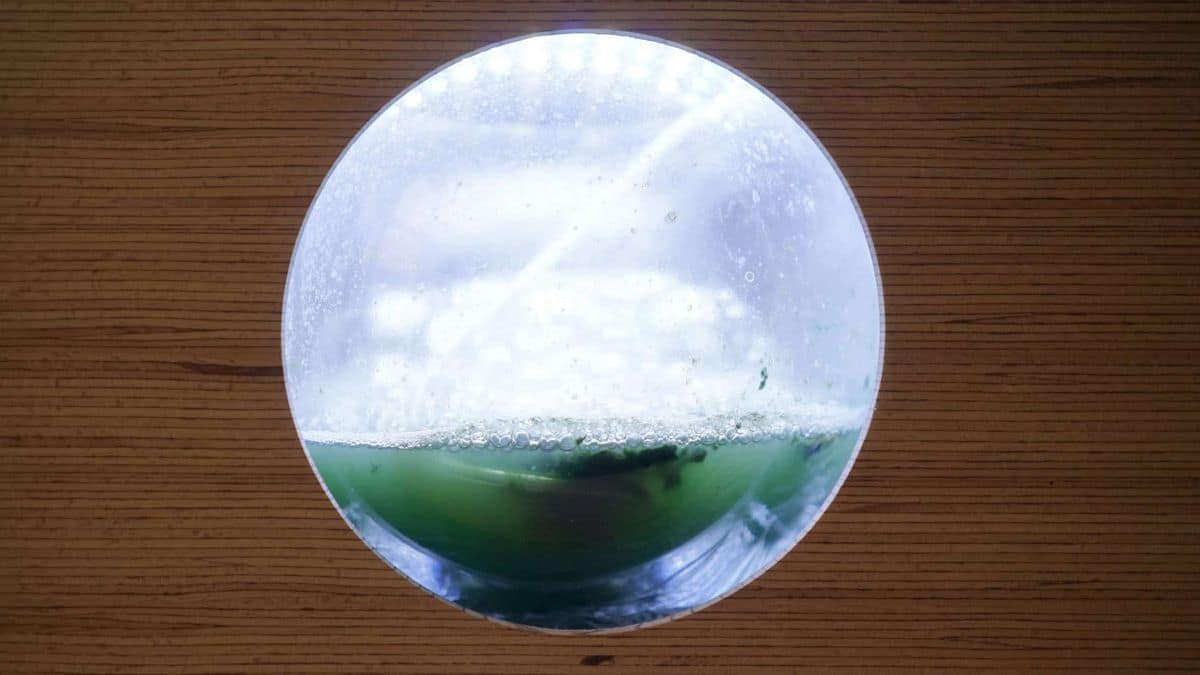 WaterLilly 20 is the latest born in a series of photo-bioreactors, ongoing since 2011 to introduce micro-algae as a living matter in design.
WaterLilly 20 is more than a growing box for algae. The bubbling green water is a trap for the eye, a trigger that activates human consciousness through archaic agricultural activity. It’s about taking care of other living creatures. The cycles of life start with the inoculum of a new culture, develop during the growing phase, and finish with the harvesting.
Another dimension of time and space.
The dimension of life, set by its own cycles.
The dimension of myth, set by the relationship with the very origins of life.
The dimension of responsibility, set by trying to fix what has been broken.
The dimension of a planetary memory, set by the brevity of human presence.
The remaining of the oldest reflects into the hopes for the newer.

Each LillyJar contains approximately 200 ml of solution made of living algalcells to be used as bio-ink.
It’s ink for drawing. It’s the matter to speculate on the brevity of human path compared to that of bacteria. It’s something very similar to the Primordial Soup where it all began.

In 1929 British scientist J. B. S. Haldane wrote a paper called “The Origins of Life” where he describes a very convincing hypothesis on the bio-chemical origins of life on Planet Earth approximately 4 Billions years ago, introducing the expression “Primordial Soup”. In 1924, soviet biochemist Alexander Oparin independently developed a similar theory.

These strongly speculative theories create the basisof contemporary ideas on the origins of life. The fact that more complex forms of life derive from simpler original organisms seems easy to understand today. But a question still open: did early life really originated from non-living chemical? 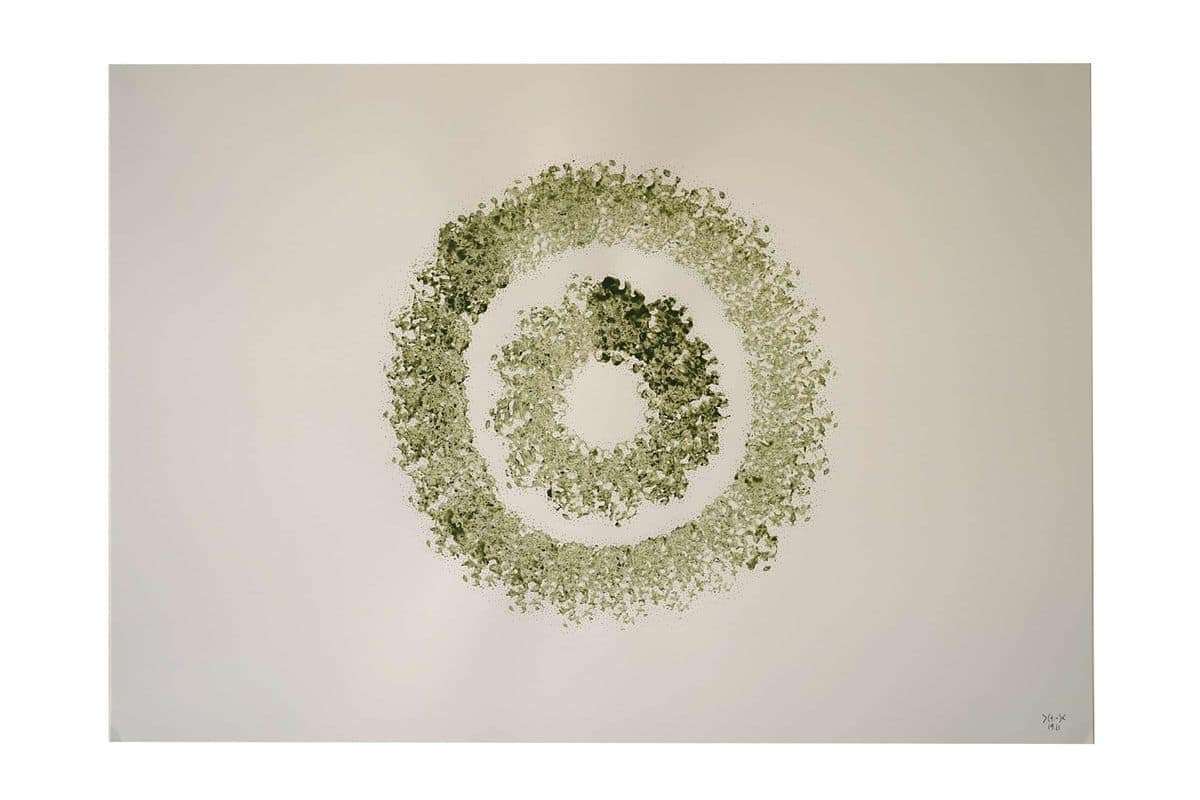 PaperLillies are drawings on paper made with Spirulina-ink and black ink.

Variations in the algal concentration and in the amounts of water create a variety of vegetal inks with different effects. The green color comes from the algal cells. More algae in the solution creates darker and thicker color, similar to acrylic paint. More water creates transparency and becomes similar to watercolours. Around the algae, a cloud of black ink dots create populations of human created environments, sort of human colonies.

A reflection on time and space.
Time: the algal ink is potentially the oldest pigment existing on Earth, and contrasts with the more recent human made black ink, addressing the precariousness of human presence on the planet.
Space: every square centimeter of algal solution contains thousands of cells. Every square centimeter of black ink dots contains tens of dots. Algae overcome human made dots by a factor of hundreds.

Cesare Griffa is an architect, a designer and amateur algae farmer from Turin (Italy). Before opening his practice, he worked for Zaha Hadid Architects, Arata Isozaki, ARUP and ArchA.
He has been a Fulbright scholar at RPI and at the MIT, and has teach Design and Architecture in a number of public and private Universities.
He thinks that design is the development of humankind’s natural attitude of making things. His work focus on the romantic and strange love affair that bounds Humankind to Nature.