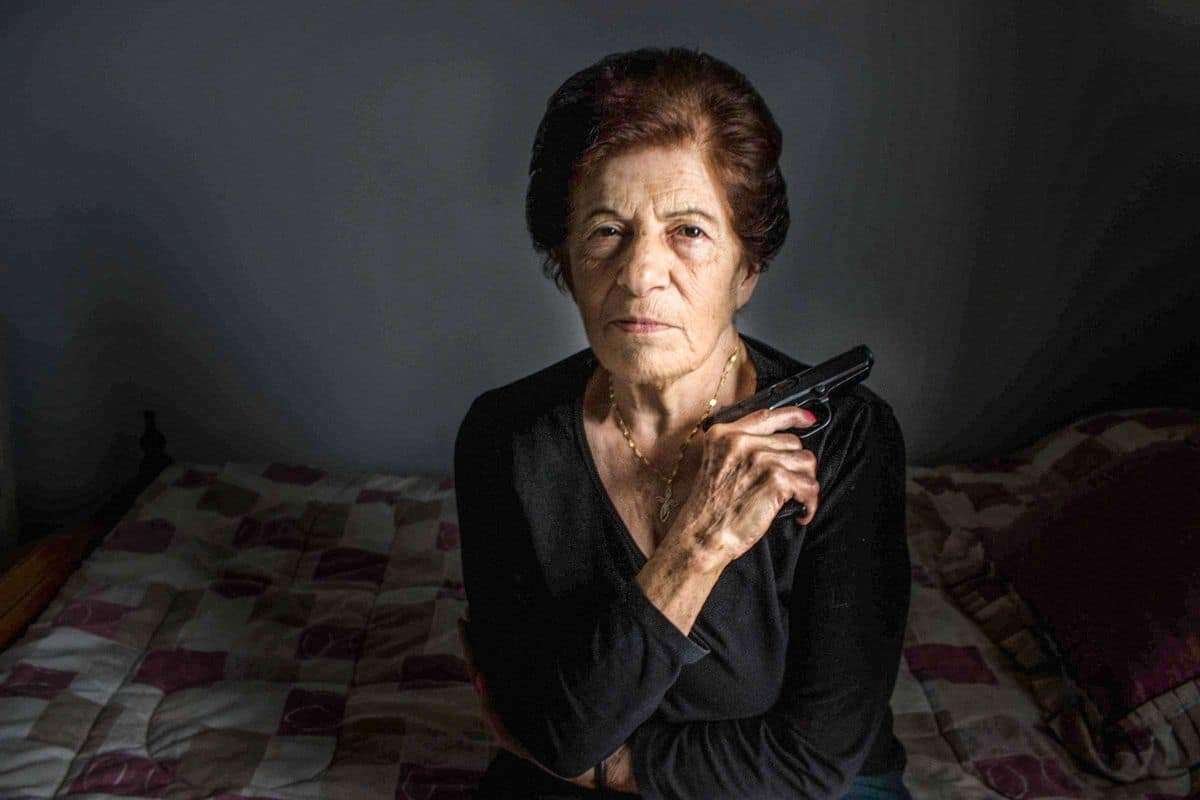 Lebanon is a devastated country still haunted by its fragile security. These families found a safe refuge in owning weapons to mute their anxieties. Almost every family keeps a gun at home with no legal repercussions over gun ownership. What started as a safety measure extended to a debatable cultural heritage? Mothers in these tormented families have been kept to their fates most of the civil war, terrified by the idea of losing their sons or their husbands, sitting in their own bubble reminiscing about a past that most of the time still feels like present and terrorizes their dreams of the future; these mothers are still haunted while remembering, they’ve kept their guns because they no longer believe that tomorrow will bring a better or maybe different day. For them yesterday is a repetitive deafening memory. 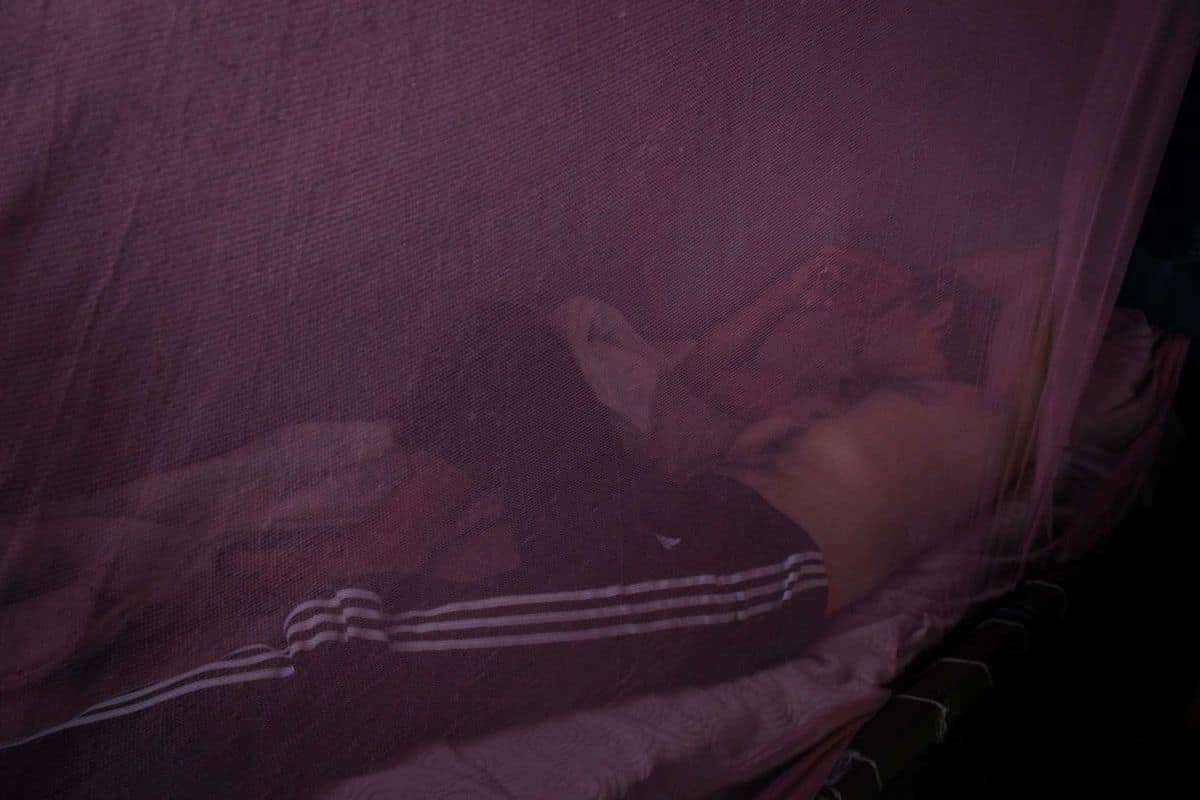 In Hamlet’s “To be or not to be” speech, Shakespeare compared death to sleeping and the possibility of an afterlife to the dream; the dream that would finally give Hamlet peace and refuge from his troubles in the living world.
Each of the men I found sleeping in the small spaces lined up in one of Dawra’s small alleys represented one of the many new living examples of a Hamlet, a Hamlet who wishes to find a dream every time he goes to sleep, a Hamlet who has endured so much during his lifetime, in the current cruel low class classified world that he lives in, a Hamlet who can only be true, safe and at ease when he goes to sleep.
Inside each of those intimate spaces that these people take as their home and shelter; I experienced the feeling of both the comfort and safety that these men enjoy when their bodies surrender to fatigue. 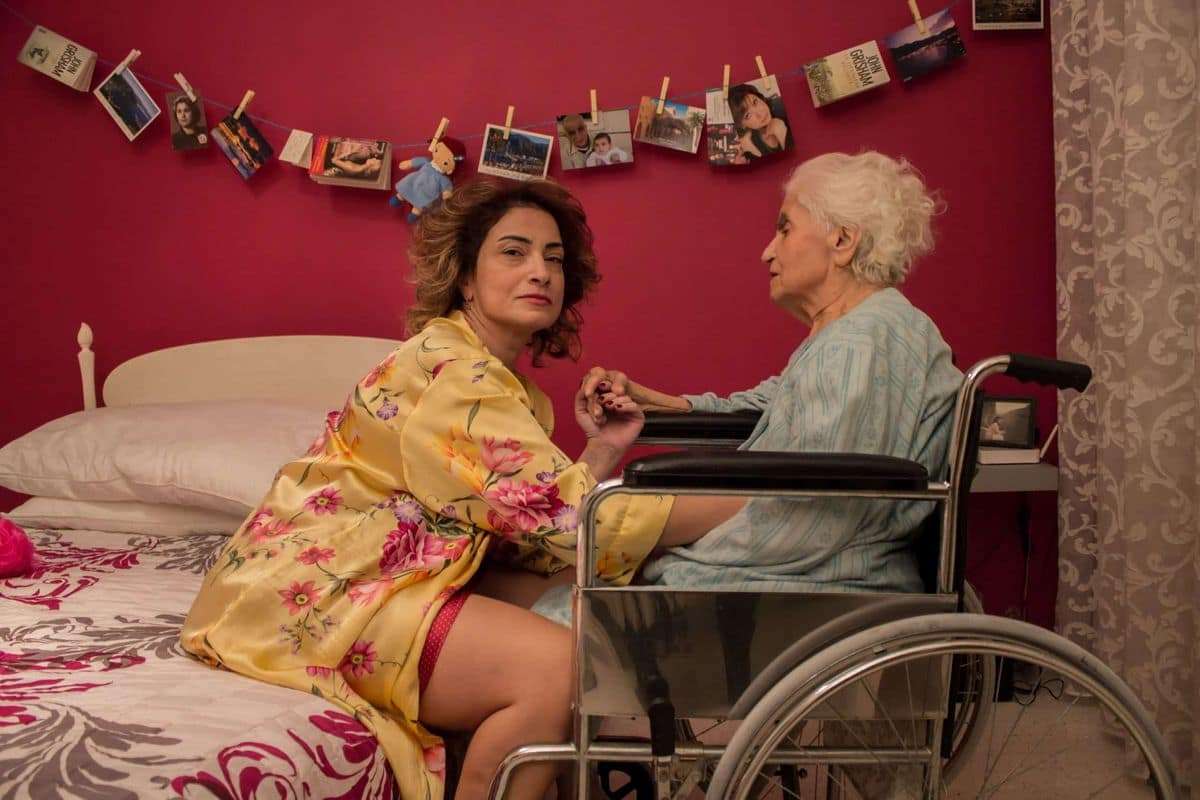 I was often compared to my aunt Samia when I was growing up, with various family members telling me something along the lines of, “your heart is too sweet Carmen, like your aunt. Be careful.”
Samia was born and raised in Lebanon. Like many other Lebanese of her generation, she survived a civil war that had an indelible impact on family structures, especially the evolving role of women.
Many of these women now live to tell the stories of what became their routines of aloneness. Decisions were made for them; they were compelled to live lives beyond sacrifice, eventually leading to profound loneliness. This series consists of staged “tableau-vivant” images, compositions in which these women are photographed in a parallel dimension: one in which the routine steps into their beds – the place where, most attest, they feel the loneliest.

Born in Bamako, Mali 1993, I have been in love in photography for as long as I can remember.Sensitive by nature, emotional and passionate about storytelling, I try to venture into the intimate spaces of human experience, propelling the spectator into the unique universe of each of my subjects.In September 2015, I won the fifth edition of the Byblos Bank Award. Exhibited for Raw Talents held at Beirut’s Art Factum gallery. 2016 at Byblos Bank Headquarters. Amman Image Festival in Jordan. “New World/Nouveau Monde” exhibition. Workshop with The Arab Documentary Photography Program (ADPP) Exhibited during the 32nd Salon d’Automne at the Sursock Museum. Remomero: an Italian Gallery. Blink and the New York Times Portfolio Review. The Chania Photo Festival in 2017. The 10th edition of the Estação Imagem Award in Coimbra, Portugal. Les Rencontres Photographique De Rabat 2019 and the Photography International festival called Phot’Aix in France that invites Lebanon for the 19th edition.