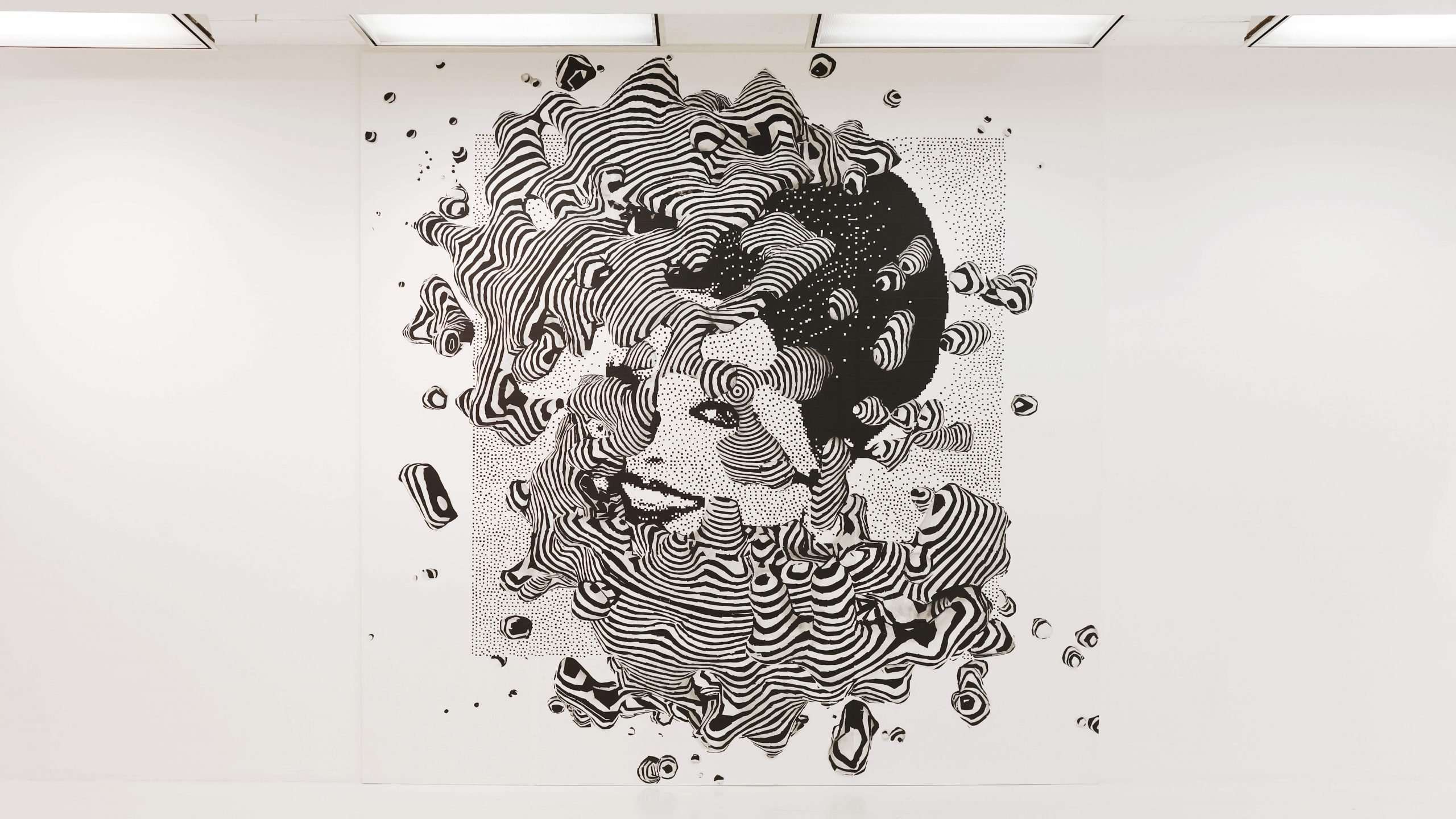 What meaning does an icon possess in this day and age? This is a question that Carlo Galli asks himself constantly. In a society saturated and exhausted by endlessly receiving an overflowing stream of images and messages, the artist questions their value and importance. Hidden portrait depicts a whole series of people's faces that have been modified and blurred by employing a variety of flexible protuberances to prevent us from freely viewing their features. In this fashion, Carlo Galli opens a debate revolving around concepts such as ideals of beauty, contemporaneity and representation. 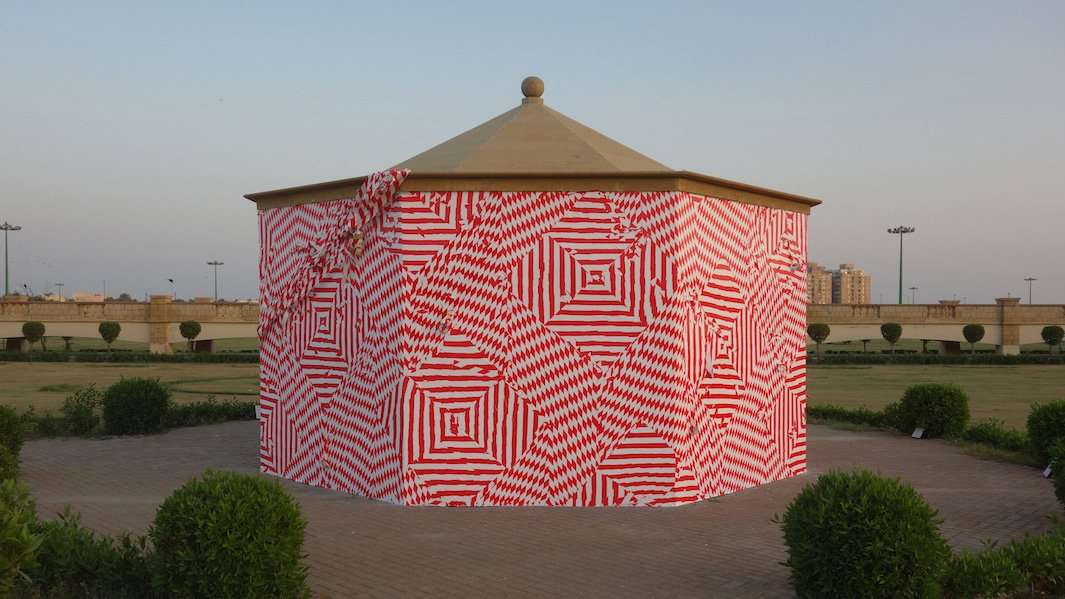 As is the case with some of the other suites in Carlo Galli's oeuvre, time and time again he raises a discussion about the idea of borders. His evident aversion to territorial demarcation and its underlying consequences are given special treatment in Hypnotic mirage (2015-2019), an installation that has been set up in a wide-range of different geographical regions, such as Pakistan, Austria and the USA. The artist takes control of the space and its volumes in order to build new structures and paths in the manner of visual labyrinths. The piece employs a sensorial approach that allows him to fully explore the disenchantment of barriers, whether physical or invisible. 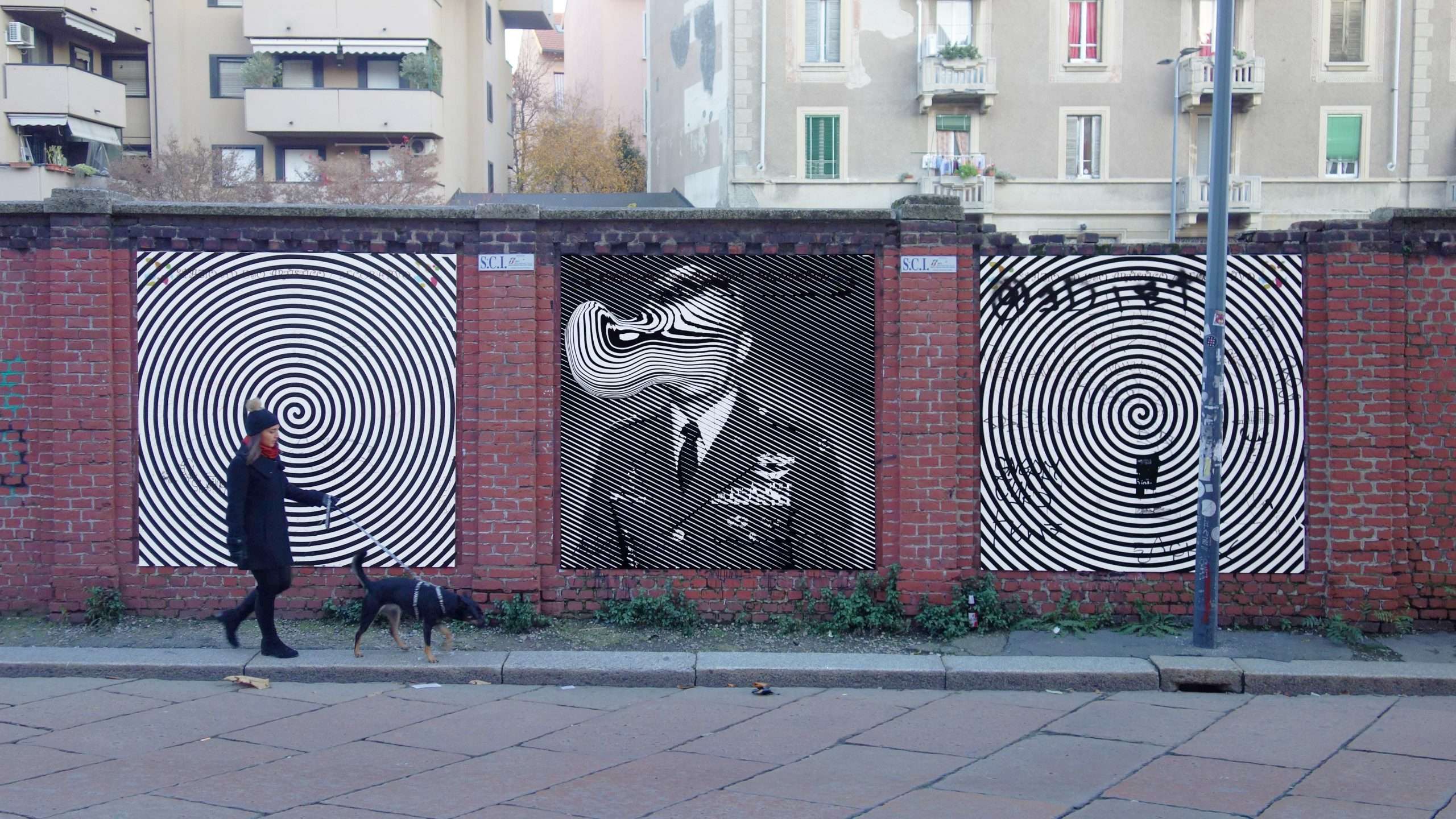 Devices such as distortion and an interplay between fact and fiction crop up quite frequently in Carlo Galli's productions. In Rem phase (2018), the Italian artist delves into the complexity of human brain activity, stopping to examine so-called REM sleep and some of its most common traits, such as spasms and waking states. Galli places a soldier at the centre of his composition, thus generating a parallel between the armed forces and their perpetual obedience, as well as dealing with secondary themes such as submission, discipline and the body spirit.

Commencing this exploration of the art of Carlo Galli with the words of Johan Huizing, "Culture does not begin as play, and it does not begin from play. It begins in play", is without a doubt, a declaration of intent. Galli desecularizes the forbidden, he ousts it from its antiquated historical throne and he adds a playful, though not necessarily real, connotation to it as if it were a child's game. He speaks to us frankly and with a trace of severity, yet resorts to a vibrantly-coloured, seductive, hypnotic and strategic scenography; eliciting a smile from the spectator thanks to his use of humour; or employing devices socially (re)cognized as being popular on which to build a strong connection with his audience. Similarly, he encourages us to scrutinize and take the hegemonic processes inundating our society apart, and, moreover, he provides us with tools, or at least new paths, for idisarticulating the moral and cultural boundaries that shape us as individuals.