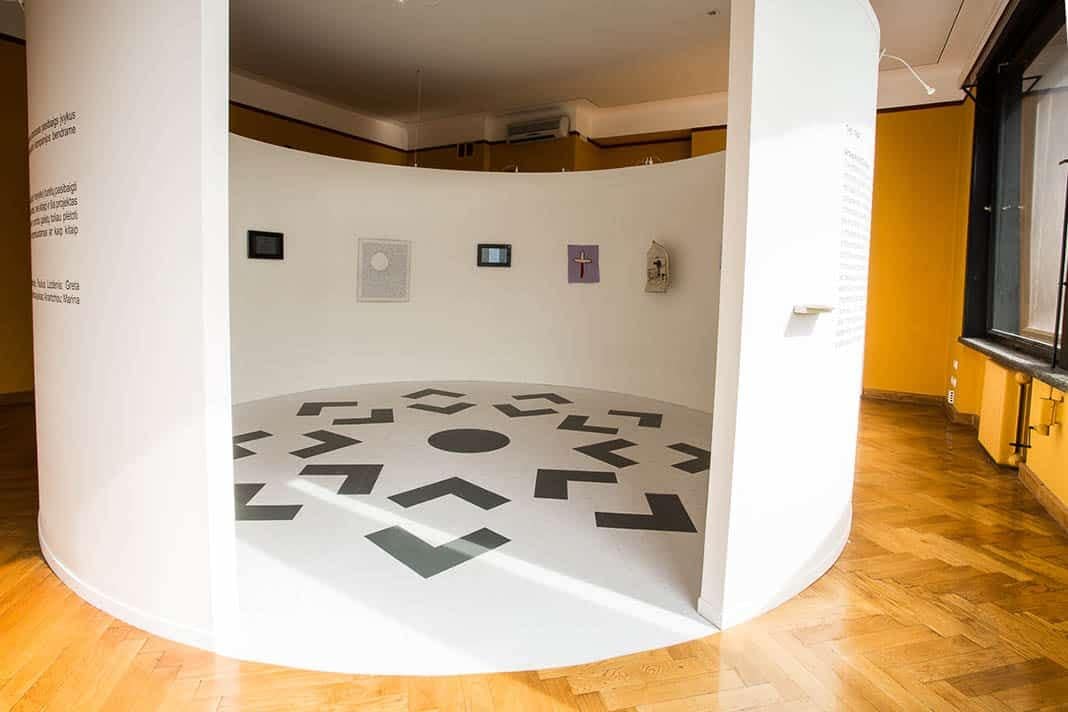 GUIDING SYSTEM
Nowadays, bureaucrats are supposed to be staff that hold position at a government or public office to perform the functions of public administration, for instance, communication of information. Information is a subject to exchange between partners. The partners who wish to communicate a message have to follow certain rules.

I have worked in the public sector as a coordinator and a curator of exhibitions for many years (at the same time being and artist), yet I would define the phenomenon of information communication as the process when something neutral becomes emotional and vice versa: when the bureaucratic message that has been sent, comes back in a format of non-message, i.e. facial or body gesture, a verbal cue, or a comment. What if the organizational process itself would become an artwork?

I would define the phenomenon of the process of turning logistics into art reflects a conversion of cultural value into economic one, thus shows us an important issue – current state of being an artist, where the only way to create “independent“, “non-conformist“ art, is no to avoid inevitability, but to interlink bureaucracy of art field and purity of the artistic idea. It lets artist to remain as a social mediator, guide, who creates system which allows to manage bureaucracy i.e. design new really independent life.

A cable in this project becomes a symbol of the relationship between information sender and information receiver, a web, a connection, communication and the whole bureaucratic system.
In my project, I have examined phenomenon of bureaucratic bipolarity: for 1 hour, a particular 1 meter long cable was transmitting information of 1 “format”. After 1 hour of the information transmission in the closed cycle through a particular cable, the cable was cut down, documented and certified, and exhibited on a stand. The meaning and the quality of “Guiding System” project in at space directly depends on visitors, their number, and their behaviour in an exhibition. Each movement and each gesture of visitor in the hall is calculated and evaluated, by computer and their response turns into a process whose algorithm is associated with the reactive human nature. Scoreboards wall, diodes, flashlights and verbiage encoded in a binary number system aesthethise visitors’ communication in the social media world. Until an artwork gets to its usual environment, as visitors of exhibition might naturally think – to an exposition hall, an author has to attend a lot of organizational issues, which eventually are left behind the scenes. What if the organisational process itself would become an artwork?
The way how her work will look like among other items of display might surprise even the artist herself.
An item that for two months was virtually connecting the artist, drivers of logistic company and embroiderers, designers and curators involved in the project, will not be displayed at the exhibition. However, this very item is a converging point of the project and “a traveller” that was staying for a while in Spain, France, Estonia, Latvia, Poland, Denmark, Finland and the Great Britain in August-October; a diagram of its trips visually resembles a flower.
This item is an empty packaging box, which was carried along the designated routes to-and-fro the places of destination by the project partner – logistic company from Vilnius. Its trip – such as it is imagined, without any hints from the project author or contacts with people involved into transportation of the box – is being embroidered by seven embroiderers, both women and men. These people have never met the artist, do not know her personally, and, most likely, will never meet her.
The exhibits will include accompanying documents of the trip (waybills, shipping documentation) and embroidery. The idea of embroidery was inspired by so called Bayeux tapestry (tapisserie), which according to historical sources was made around 1070 and depicts the events leading up to the Norman conquest of England.
According B. S. Gideikaitė, creative process of the „Trip” reminds her of peculiarities of work in a bureaucratic system, which served as the source of inspiration for the idea.„It’s a usual practice in the system that knowledge of one member about others is limited only to the scope necessary for performance of a certain function. In this project, identical situation was created – the artist does not know what is being embroidered; drivers do not know why they are transporting an empty box; embroiderers only know that they have to embroider the trip of the box along the designated route; people who made the box knew that it was empty and would be carried around Europe; designers who created the projectlogo did not know its purpose. I present the final result to the exhibition curators – an exhibition in the exhibition“ – said the artist.
According to art critic Ignas Kazakevičius, the essence of „artwork“ or „box“ in this project is comparable to the essence of exposition space – venue of all art processes and accompanying institutional-bureaucratic processes. And these very processes turn into an artwork.
As the art critic says, an empty box-mediator allows, in paradoxical way, to maintain purity and elitism of the artistic idea: „Usually, public presentation of an artwork requires a lot of arrangements: coordination of exhibition time and venue, flight and hotel booking, cancelling, transfers, publishing, photo session, changes to contents or composition of the display… Each of these stages involves various concessions, striving for a compromise, until ultimately an artist’s idea is embodied into real-life „format“ – as if it should fit into an imaginary box. Having replaced an imaginary artwork by its packaging, the artist can stay aside from the process, and is not forced to adapt and idea to harsh reality.“

Bronė Sofija Gideikaitė (born in 1977) studied at the Kaunas department of Vilnius Academy of Arts in 1999–2005. In 2009, the Academy gave her a Licentiate of Arts diploma in the field of fine arts. The artist’s field of research is the specific “bureaucratic format”, it`s bipolarity of hierarchical systems, where something that supports the systems co-exists with something that destroys them. In this discourse, the administrative function and logistics, as well as any official procedure or standard, becomes a work of art itself. The problematic of her art are based on the gradation of collective and personal cultural experience, as well the relation between aesthetically and social categories that build up the notional field of independent objects and installations. In 2008, 2011, 2013,