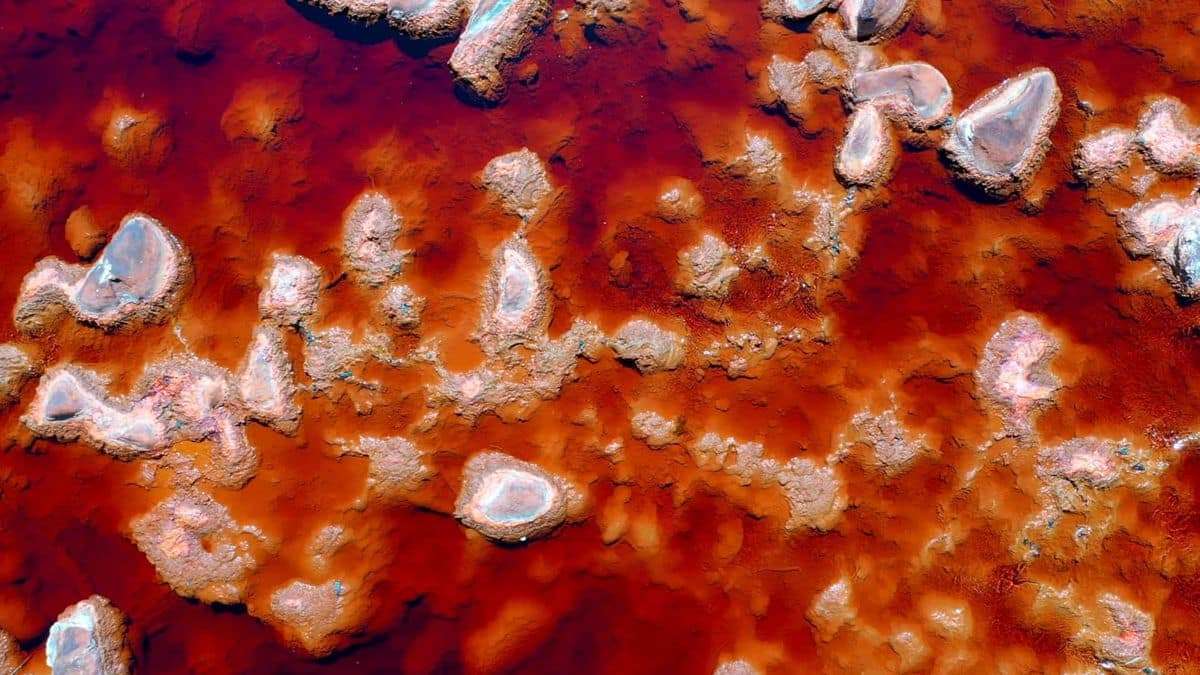 The Rio Tinto river in Huelva Province runs red like blood due to iron oxides from an ancient 5000-year-old mine upstream (that is still mined today). Nearby the village of El Membrillos Bajo was razed to the ground by Franco’s forces in 1937.

The elected Spanish Republic unconditionally surrendered to the Nationalists 1 April 1939.

The libertarian revolution within the civil war slowly gave way to the discipline and repression of the increasingly Communist controlled Republican government in 1937, but their dreams survived the rubble of Franco’s Spain. As the anarcho-syndicalist leader Buenaventura Durruti stated, “We are not the least afraid of ruins…We carry a new world here, in our hearts.”

Two Native American geoltih sites on the California/Arizona border, and a NASA site in Arizona are scanned in 3D, rendered, and animated as flyovers as islands in deep space. An apocryphal story of an encounter between a Navaho tribal elder and the Apollo 11 astronauts is narrated by Desmond Bovey.

This video presents various geothermal-like events from vape clouds to instances of geothermal hot spots rendered as geothermal activity. Some are real sites, others are fictional.

The music, by Brendan Bonsack, “Tension and Discord” is mixed into the audio soundtrack (courtesy of Productiontrax.com)

Brit Bunkley is a New Zealand based artist. International screenings include the White Box gallery in NYC and Rencontres Internationales Paris/Berlin (2016, 2018, 2019), and at the Cité Internationale des Arts in 2018. He took part in the Athens Digital Arts Festival and File Sao Paolo 2017, 2018 and 2019 and Kasseler Dokfest also in 2019. Bunkley screened his video, Ghost Shelter/6 at The Federation Square Big Screen, Channels Festival 2017, Melbourne and at the Oberhausen Short Film Festival, Oberhausen, Germany in 2018 and Docfest Kassel 2019.

In 2012 Bunkley was an award winner at the Moscow Museum of Modern Art for the «Now&After» Festival, and he was again included in «Now&After» at Moscow’s Artplay Design Center February 2018. And he was awarded second prize for the Sustainability Short Film Competition at The Weatherspoon Art Museum in Gainsborough NC, USA in 2019.