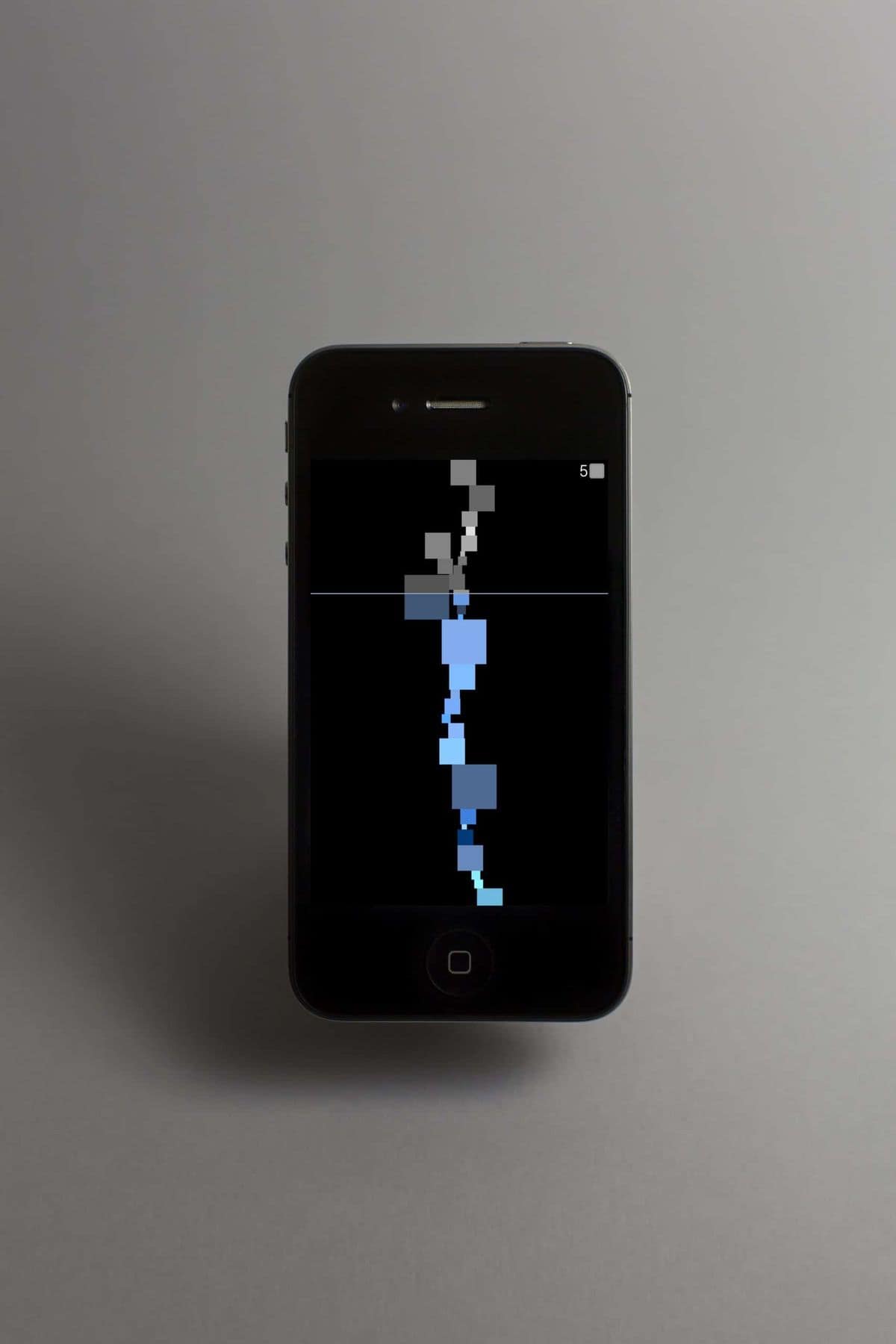 Générations is a cellphone gaming app designed to be played out over many centuries. Unlike a conventional video game, it is impossible to finish a game of Générations in your lifetime. The player decides to whom the game will be passed on to and if one day they want someone to be able to reach the end of the game. This game alludes the notion of digital heritage and the player’s capacity to build their performance with long term strategy. Can we pass on a saved digital file in the same manner we pass on a family photo? Can we have fun playing the game with the objective of allowing a distant heir to see the end of the game? Designed on a smartphone, Générations also raises the question of the obsolescence of a particular digital media. Designed to be used with today’s technology, it asks what happens in the future when the digital medium itself may seem unfamiliar. Générations is currently exhibited at the art museum of Philadelphia.

Inspired by Michel Foucault’s work, Les disciplines du rectangle is a videogame proposition about the nature of rules and norms at the digital age. If society provides models of accomplishment we are supposed to fit inside, then the rectangle is the pure abstraction of this idea. The geometrical shape works as a symbol of the very nature of normativity, blind to individual differences. The rectangle, existing only on the screen, reveals how digital technologies can in some ways become the new location for this normativity and the ambivalent results of their intangible and invisible nature. Besides, the installation offers an occasion to think about the way games can become manipulation tools. The fact that in the end, players act as if they were piloted by the rectangle (an inversion of the traditional relationship between player and avatar) gives an aesthetical highlight to this.

Jeux invertis is an experimental videogame about the states of digital matter. It proposes to the player to navigate through a mesh of dots, producing series of perturbations. It serves both as an aesthetical and playful experience. Jeux invertis shares common points with the demoscene performances, glitch art and kinetic art (Vasarely) on the one hand, with sandbox games, the magic screen and the spirograph on the other . Based on the same code, 10 variations are displayed. Each is different by the tweaking of the parameters.

Brice Roy is a digital artist with a PhD in Philosophy. Co-funder of the collective One Life Remains, he has worked with videogame installations for more than ten years . His approach is influenced by radical design as well as hardcore gaming and philosophy results in a series of objects that pushes the boundaries of the medium. His research addresses a range of topics, including the relationship between the player and the audience, the question of control or the question of obsolescence of supports.