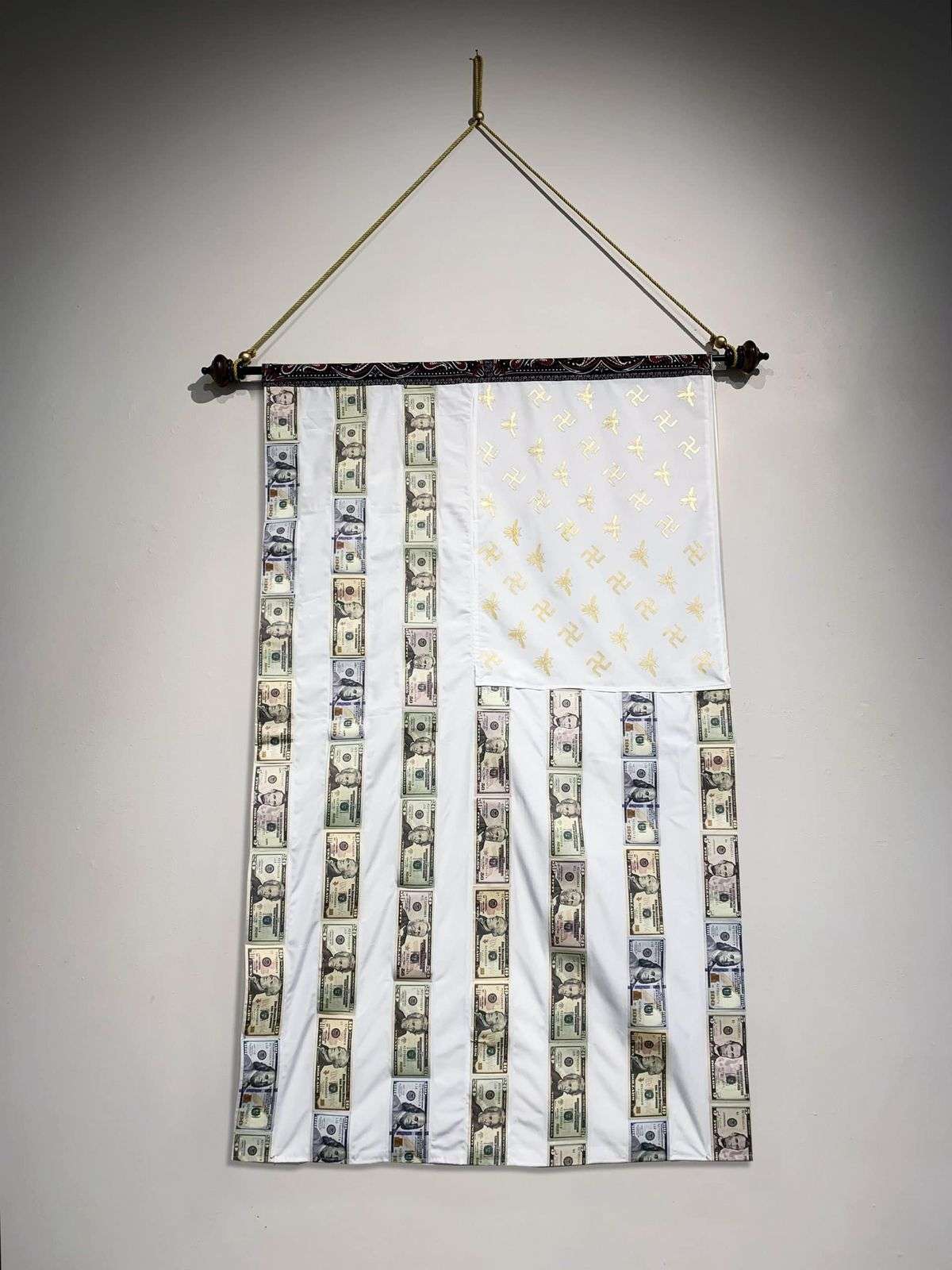 Tribute to the Murder WASP 2020

A flag resembling the US flag has dollar bills for red stripes, swastikas, and wasp instead of stars and a hoist made of red and clack bandana. One of three Tributes created from the social issues from 2020, in this case, the artwork confronts the rise and protection of white supremacy groups and their actions. The timely arrival of the Killer Wasp on US soil creates visual simplicity, alongside the swastica, by symbolically representing the individuals and actions of white supremacists – WASPs (White Anglo Saxon Protestants). 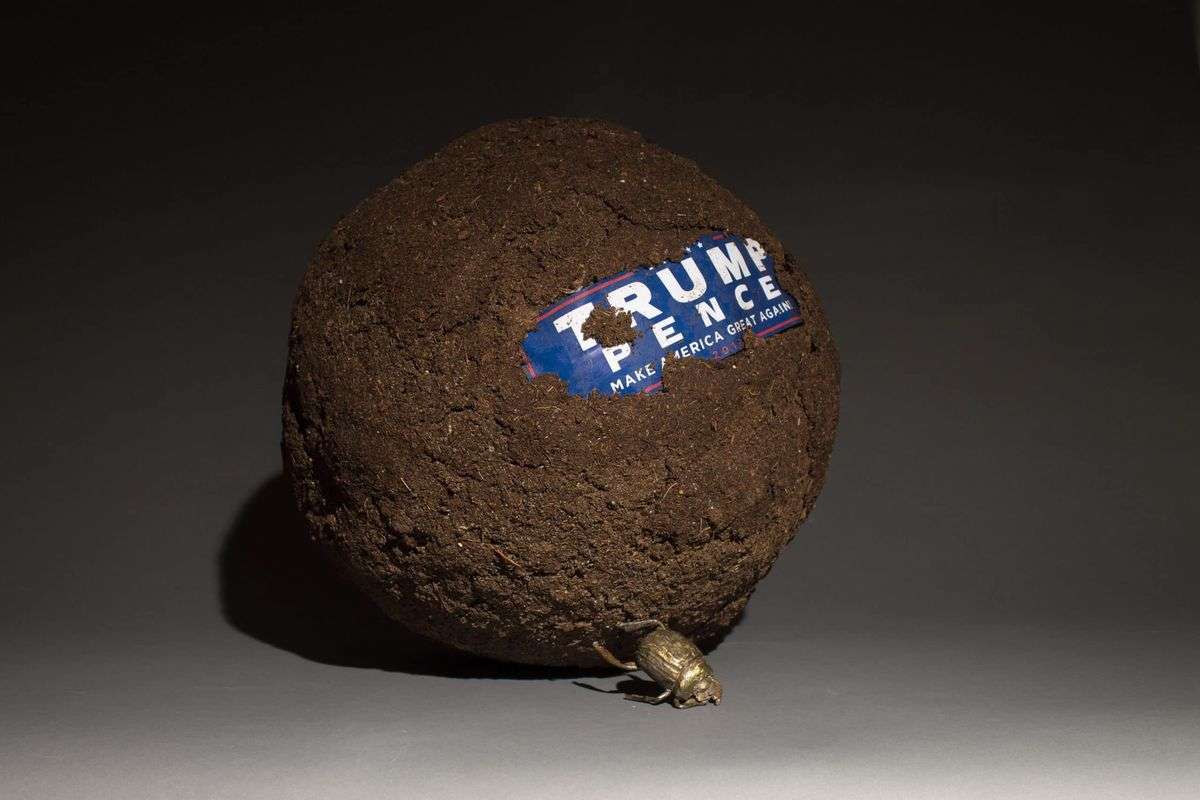 A tongue and chick mix media sculpture depicts a bronze dung beetle pushing a dung ball with a "Trump, Pence" bumper sticker. The artwork has a deeper meaning than what it presents in plain sight. Borrowing from Ancient Egyptian culture, the representation of renewal and growth. Taking that which we find unpleasant and using it for creating a new generation. 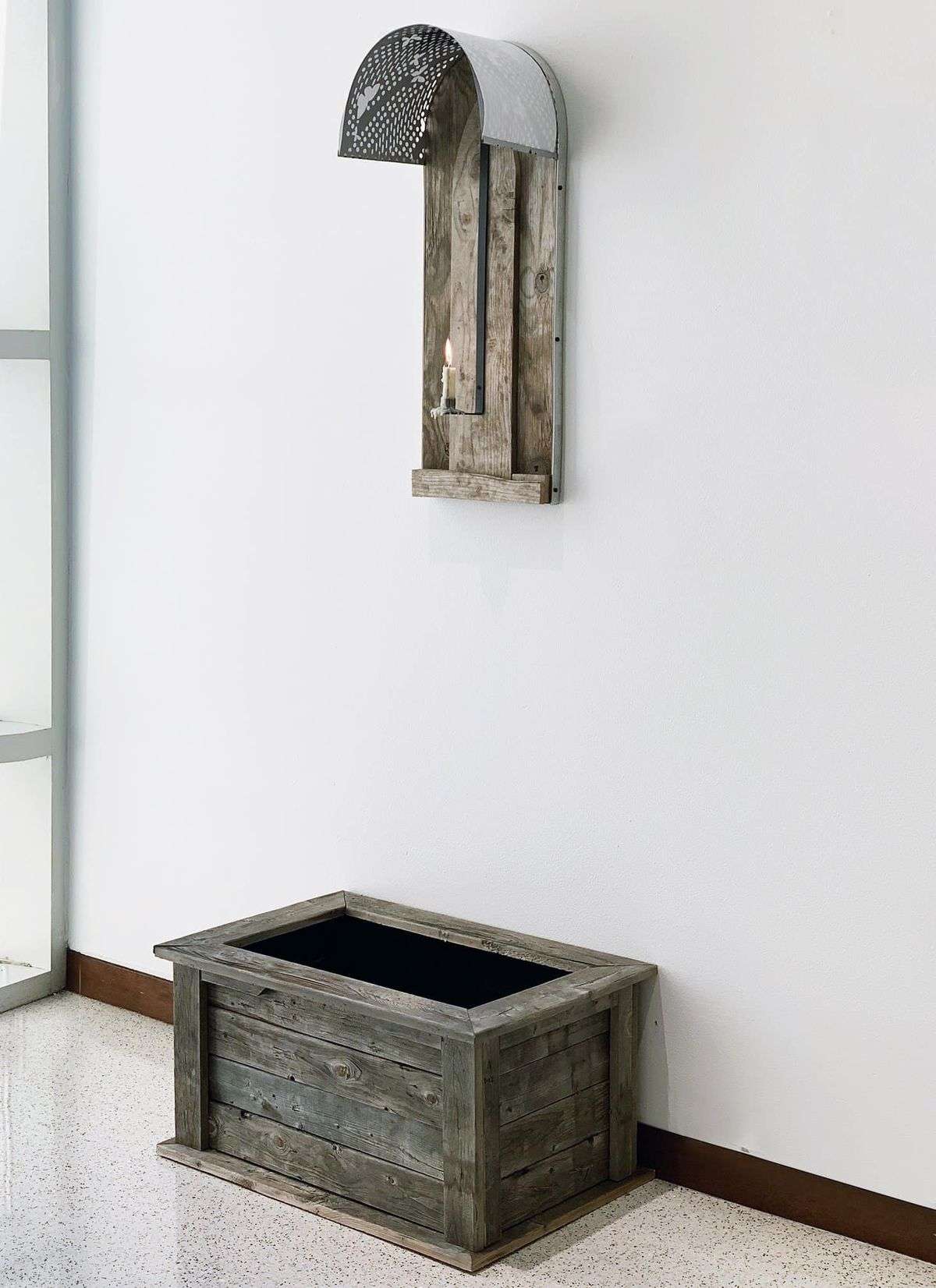 This sculpture memorializes and, in some ways, gives voice to those who are uncounted and forgotten. A series of paper testaments are "printed" with soot from white candles as it passes through a screen with S.O.S’s and butterflies. The wax from the candles is collected in the flocked "reliquary" indefinitely. This installation is a memorial of sorts for those individuals and families from around the world who died after setting out, unannounced, on dangerous voyages -their existence erased from history.

Bernardo is a Colombian-American mixed media sculptor and installation artist interested in geopolitical issues of violence and human suffering. His works reflect his observations on the hypocrisy he perceives exists between the rhetoric of human life and the violent behavior of humanity. With his artworks, Vallarino strives to engage his audience visually but also morally and philosophically. He finds inspiration in history, the media, his personal experiences, and his child-acquired interest in insects and entomology. Aesthetically, his artworks are clean and precise, mirroring his deep respect for the victims of the topics he addresses. Vallarino, a NALAC fellow, has an outstanding record of exhibitions as well as local and international awards. He graduated with a BFA in sculpture from Texas Christian University, an MFA in the same field from Texas Woman’s University, and is the current coordinator of Fort Worth Art Collective and a board member at Artes De La Rosa