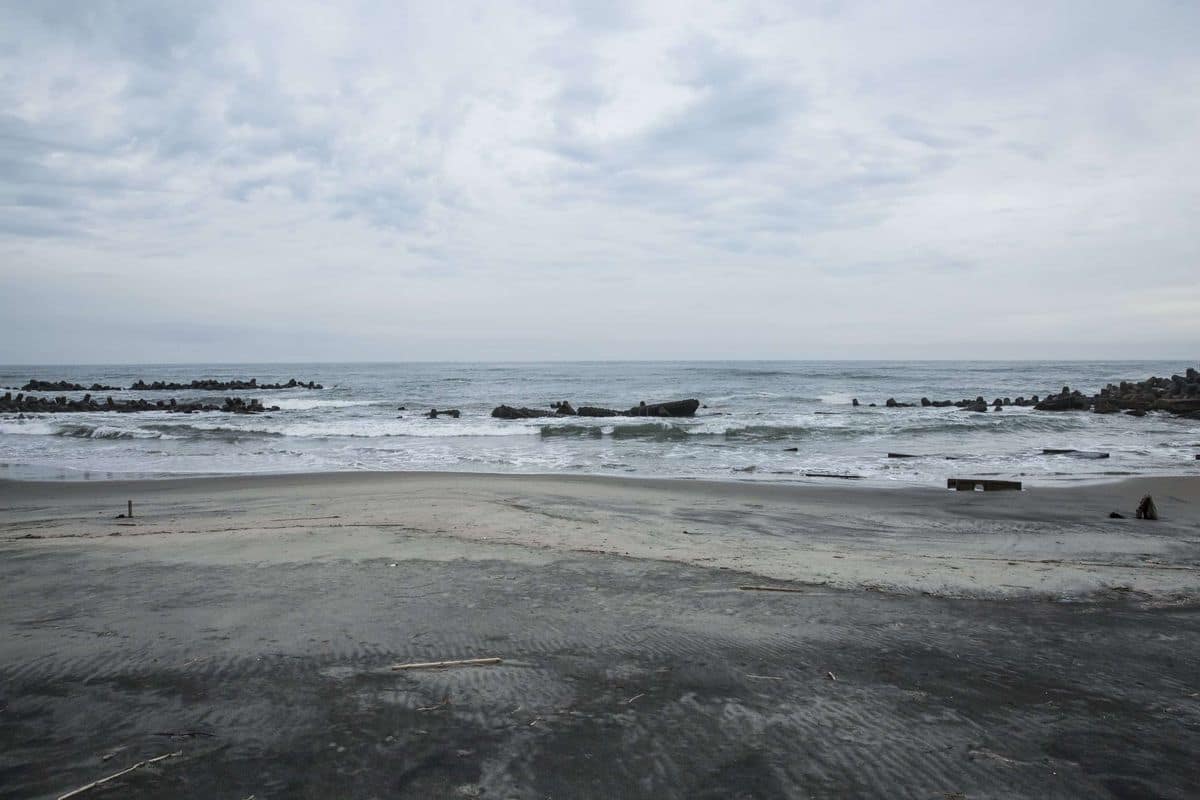 Friday, March 11th, 2011, Fukushima. At this day, Japan was hit by a severe earthquake followed by a Tsunami. In the next days the media were reporting incessantly about destruction, fleeing people, whole landscapes being eradicated and pictures of the exploding nuclear power plant Fukushima Daichi. Though homes can be rebuilt, fields regrow and streets be plastered again, the most severe part of the catastrophe was the damage taken by the power plant and the resulting, nuclear radiation. It widely spread across Japan, but Fukushima was hit the hardest. An evacuation order came in force within a radius of 30km around the plant. The residents had to leave their homes immediately and to leave everything behind as it was. All these leftovers pose as a memento to what once was and may hint to the abundance of the former life’s that, just as the objects themselves, where left behind.
In this context the sea stands almost figurative for the inability of man to subdue nature. 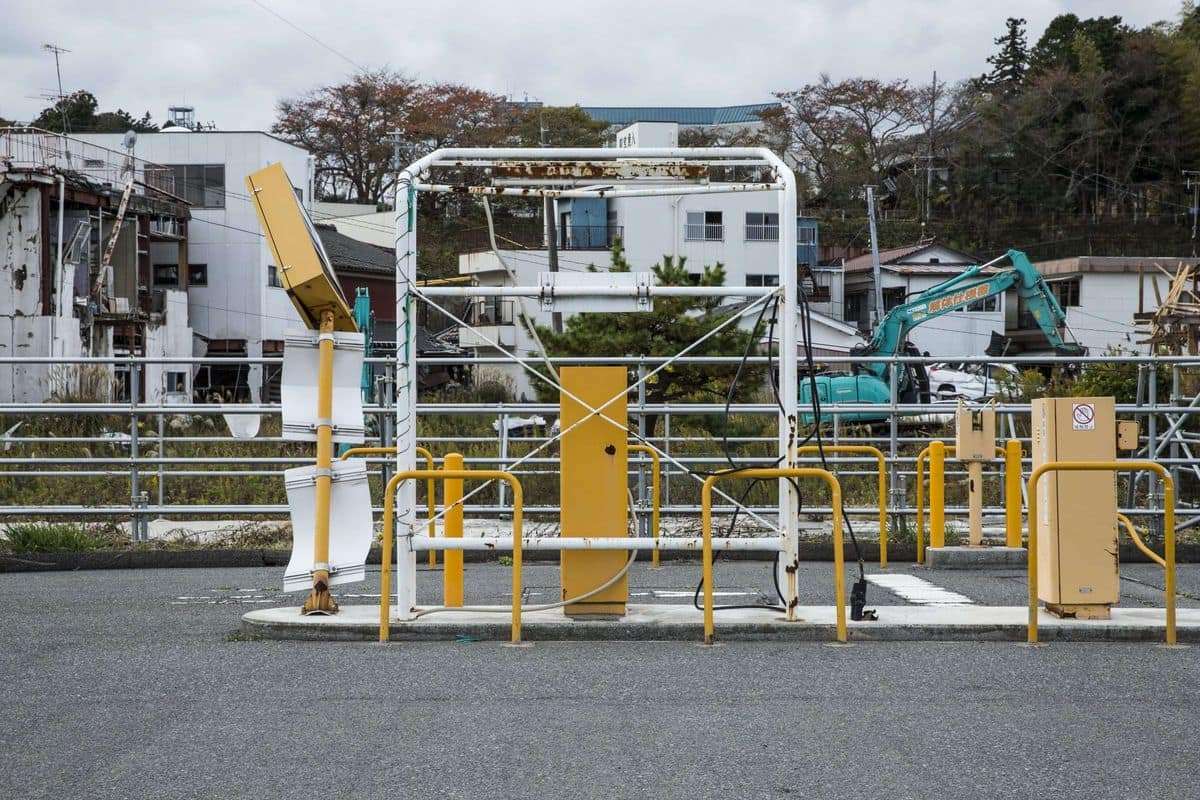 A parking toll gate at the coastal area in Tomioka, a small town near the nuclear power plant.
It stood almost stubbornly against the waves in comparison to otherwise ravaged buildings, or what’s left of them around it.
But even though still standing it became obsolete.
Given that its sole purpose requires people who are now missing and won’t likely return before even it will crumble. 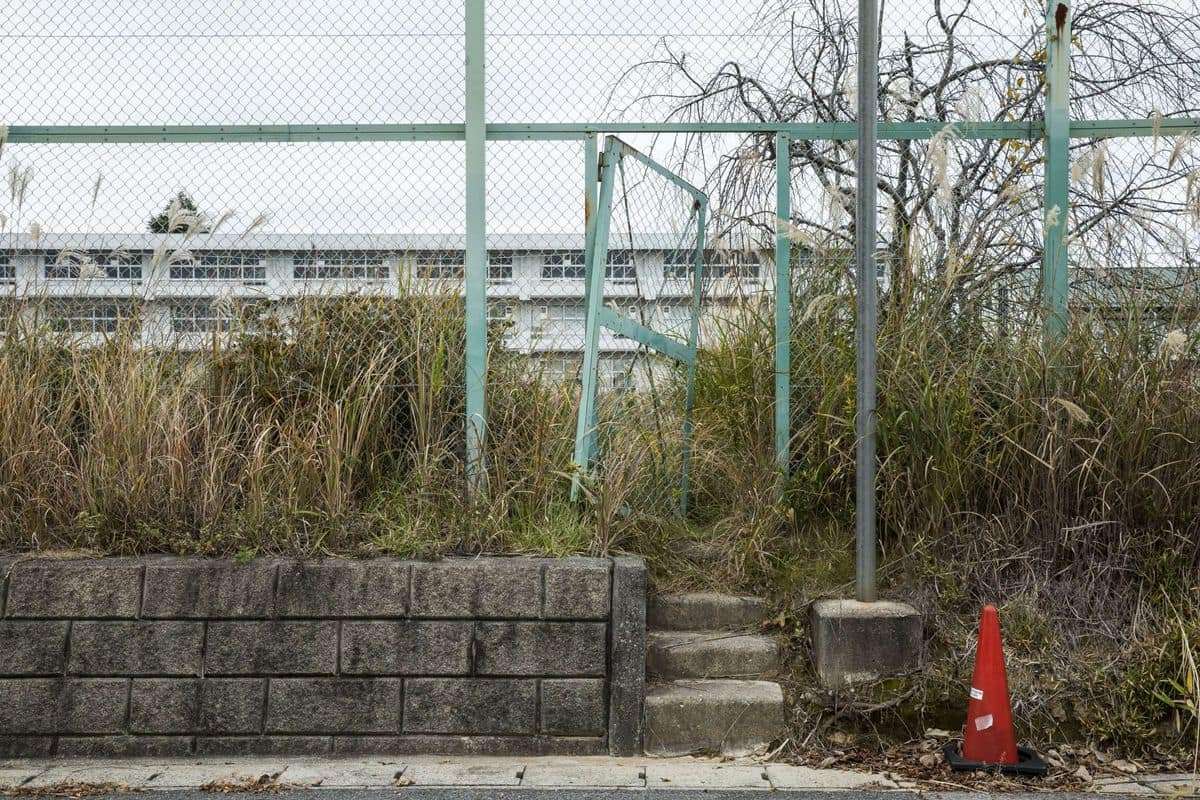 On my journey through the empty radiation zones of Fukushima i found schools in particular emotionally taxing. As they are the places where the groundwork for the future is laid.
This fence belongs to a primal school which was further inland and therefore not directly hit by the water.
Nevertheless, time and nature took the barriers down which were there to protect the youngest from harm.

Benjamin Kis was born in 1986 in Munich where he grew up.
He started as an autodidact but then proceeded to start and finish his studies with a bachelor of Arts in Munich.
He worked in many fields in photography which gives him the possibility to view topics from many angles.
Ultimately his focus concentrated on documentary photography and portraits.
He is often drawn towards stories that are generally not accessible and calls them “behind closed doors”.