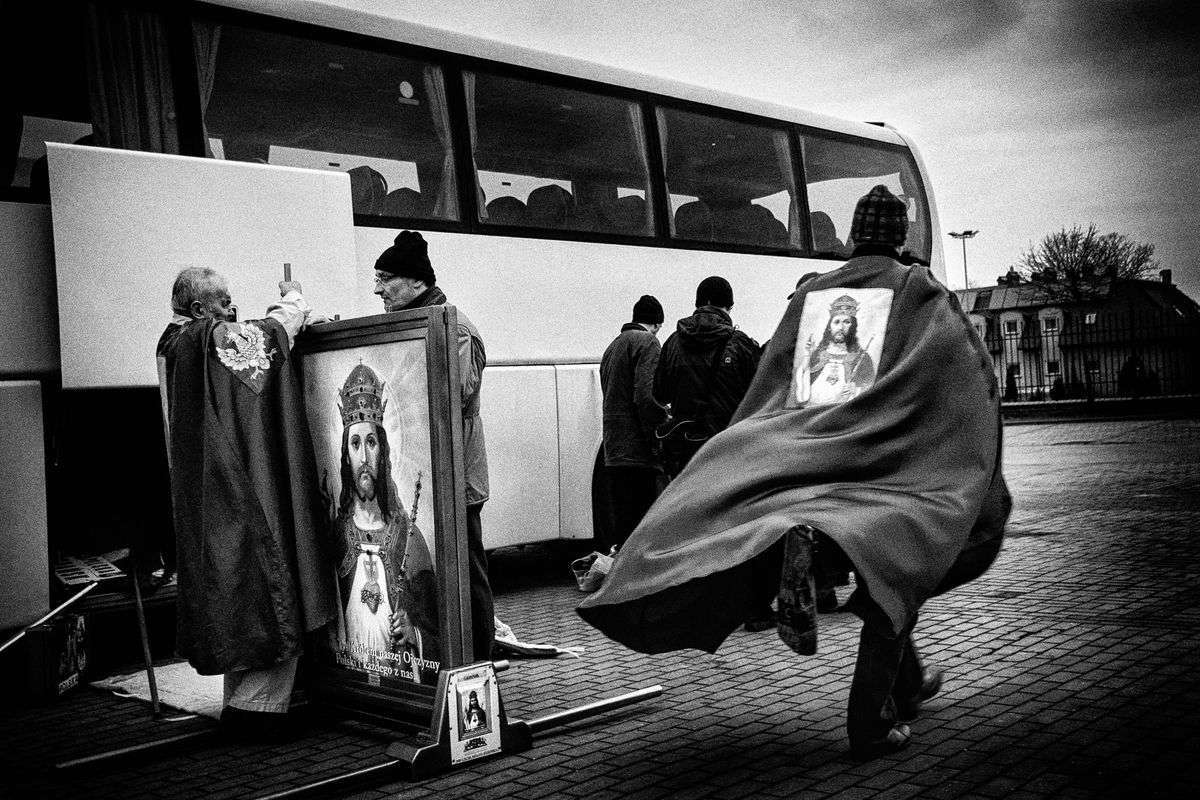 The Jasna Góra Monastery in Częstochowa, Poland, was founded in 1382. It’s the most important place of worship of the Virgin Mary in Poland and one of the most important in the world. For hundreds of years, it has been a pilgrimage destination. Nowadays, nearly 4 million pilgrims come from 74 countries around the world.
Since the start, walking pilgrimages were the most popular ones. This tradition dates back to the Middle Ages. It is also a tradition that people of the same occupation, pilgrimage together.
The Monastery’s great treasure is the miraculous icon of the Virgin Marry, whose origin is shrouded in mystery. It shows the Mother of God with Child Jesus on her left arm. The picture finds itself in a chapel called the Chapel of Our Lady.
The whole Monastery stands on a hill, called the Bright Mount (in Polish, Jasna Góra). The place is generally considered the spiritual capital of Poland. 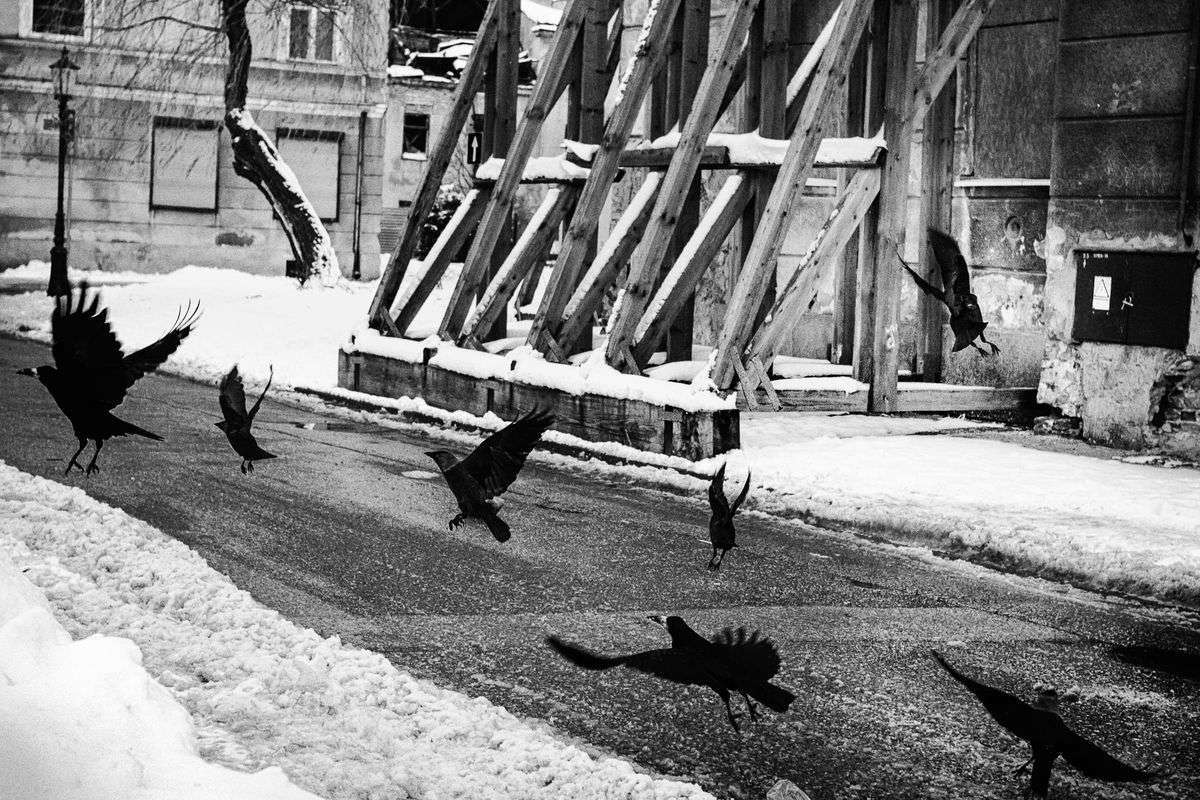 I came across Radom Old Town for the first time in 2011. What I saw reminded me of a post-war landscape: people performed maintenance of buildings, supported crumbling walls with beams,  and provided for themselves with difficulty. I took only several pictures then but the images I saw constantly returned to me. I realized that the world was quickly disappearing. In the autumn of 2012, I returned, strongly convinced that this story should be told.
Many historic buildings from the XVIII and XIX century are being demolished. Their place is taken by new ones, modern, but devoid of memory. Mostly poor, old people live there. They can remember World War II, some of them even the times before that. Children play only with one ball and a few sticks and have capability to change any place into a playground.
One thing connects them all: this is their only home. Many people related to the place since birth are moved somewhere, where there is no connection to the only world they know. 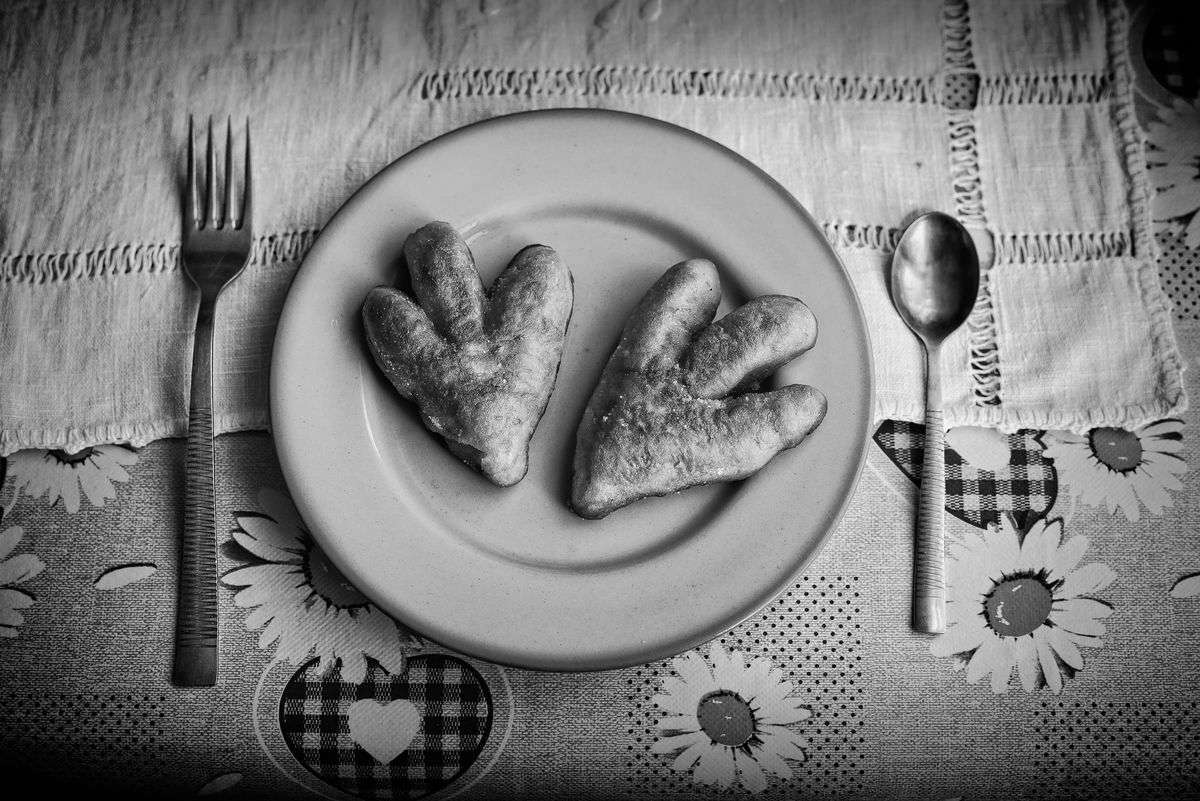 The symbol that evokes feelings of patriotism and national pride in the Polish people is the eagle. Being on the Polish emblem, it is a national symbol. But feelings of warmth and homeliness are associated with yet another bird, the stork. It reminds us of spring and the coming of new life.
The Slavic people believed that storks bare the news of bad crops or abundance, dry or rainy summers. A pair of storks seen flying together could be a forecast of an upcoming wedding or birth. Storks appear in Polish culture, commerce, poetry, and painting. They were also common in folklore and early Slavic beliefs. Nature lovers fight for its preservation while companies put it in their logos, which they hope will make them look trustworthy and stress the Polish origin of the brand. So this “bird and not a bird” is then a surprisingly universal symbol.