The series Virgenes de la Puerta focuses on the transgender women of Lima, Peru who continue to be cast aside by the political and religious administrations for well over 500 years. They are consistently denied employment, assistance from government programs, both state and government-issued forms of identification, and are granted limited access to basic medical resources. They live burdened under the hostile atmosphere created by the agenda of the Church and the politicians who rule the patriarchy with antiquated concepts of masculinity and machismo. We honor the diversity of the Peruvian culture by re-incorporating these women into the cultural landscape and history of Peru. The women in the series represent varying stages of gender-transition. Some have been photographed nude in order to shatter the stigma and fear of what trans bodies look like by providing an alternative to the ways in which trans women are frequently sexualized and fetishized. In direct contrast to their oppressor’s intentions, the work celebrates transgender women and presents them as relevant iconic figures within the context of their native land. Working collaboratively with local artisans, we designed and produced the items and props the women were photographed with, including the silver and gold-plated bronze crowns; the 25-foot crocheted veil; and the gown comprised of hundreds of flowers embroidered by the women of Ayacucho. Influenced by 19th-Century Colonial painting, this series of portraits and tableaux incorporate cultural and religious iconography in an effort to pay homage to the resilience and beauty of these women to strengthen, empower, and embed a sense of pride within the current and future generations of Peru’s LGBTQ community. 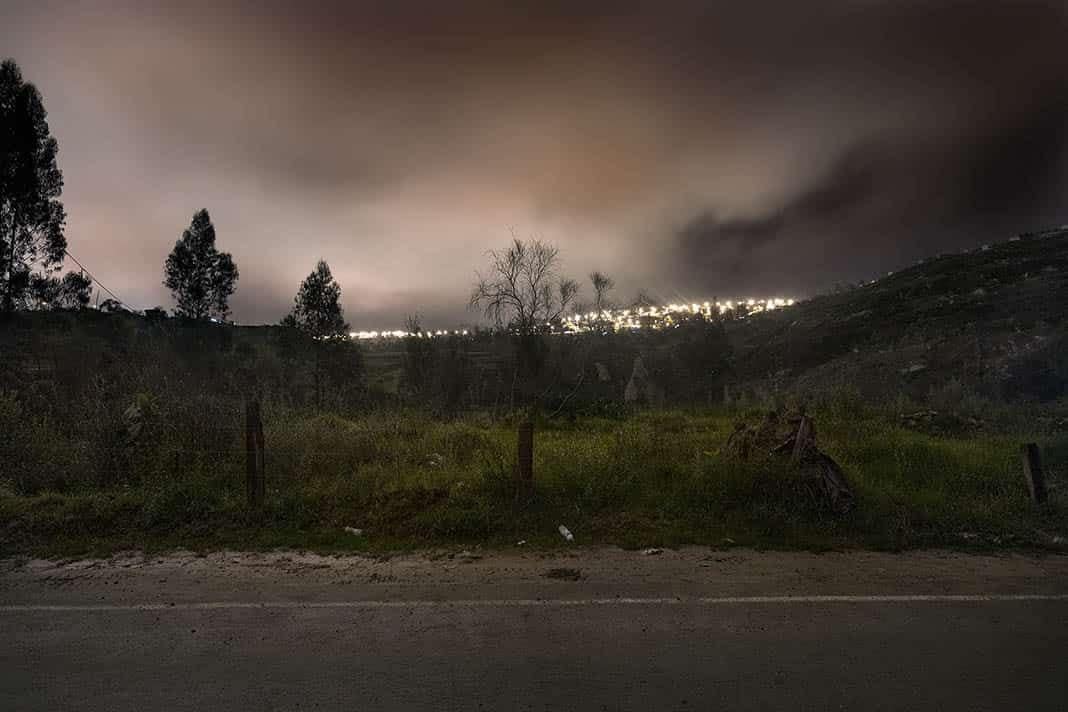 Full Image Caption: Joel Arquímedes Molero Sánchez, 19 (Gay, Murdered, 2013) Joel was tortured by having his genitals, fingers, and toes cut from his body. He was then beheaded and burned on a straw mattress beside a landfill. His body was identified by the bracelet he wore on his right hand. Rodriguez de Mendoza, Chachapoyas, Amazonas, Peru Statement: The images of Padre Patria (Fatherland) reveal the Peruvian landscape as spaces of evidence within the extreme, and rather common, circumstances of violent hate-crimes toward the LGBTQ community, which include rape and murder, as well as domestic violence. By documenting the sites where these crimes have occurred, our images function as a representation of the victim and a violent act, forcing a Peruvian audience to confront the dark underbelly of its culture. For the world, the series unveils Peru’s landscape, which is often celebrated for its diverse climates and rich cultural history, by exposing the scars of a violence born from patriarchal methodology and an intolerance that permeates its rural neighborhoods, farmlands, public parks, and urban districts. The series plainly underscores the dangerous e􀃙ects of a culture that has created an oppressive and hostile environment that lends little worth to the lives of LGBTQ-Identifying people. Through research and documentation, Padre Patria (Fatherland) remembers those impacted by this senseless brutality and violence. The title of each image indicates the name of the victim, and location and nature of the assault.