A series of seven types of cast avocados are exhibited in a traditional Mexican market stall. At first glance the avocados look real; but touch the cool surface and feel how the smooth polished surface of the meat contrasts with the knobbly feel of the skin, as the creamy texture of a real avocado contrasts with the hard and heavy cement in hand.
Inspired by the concept of the mortuary mask, «Agua Pasa Por Mi Casa» explores the medium of casting as a way of preserving the transient shape of everyday objects. Each of the avocados is cast from a range of originals, singled out and bought at street markets. The process of casting must take place at the exact right moment, when the avocado is at its ripest but not yet decaying.
The action of shopping is replicated through the exhibition of the works in the market stall, inviting guests to perform the same picking, examining and weighing, and thereby encouraging them to physically engage with the works rather than just view. 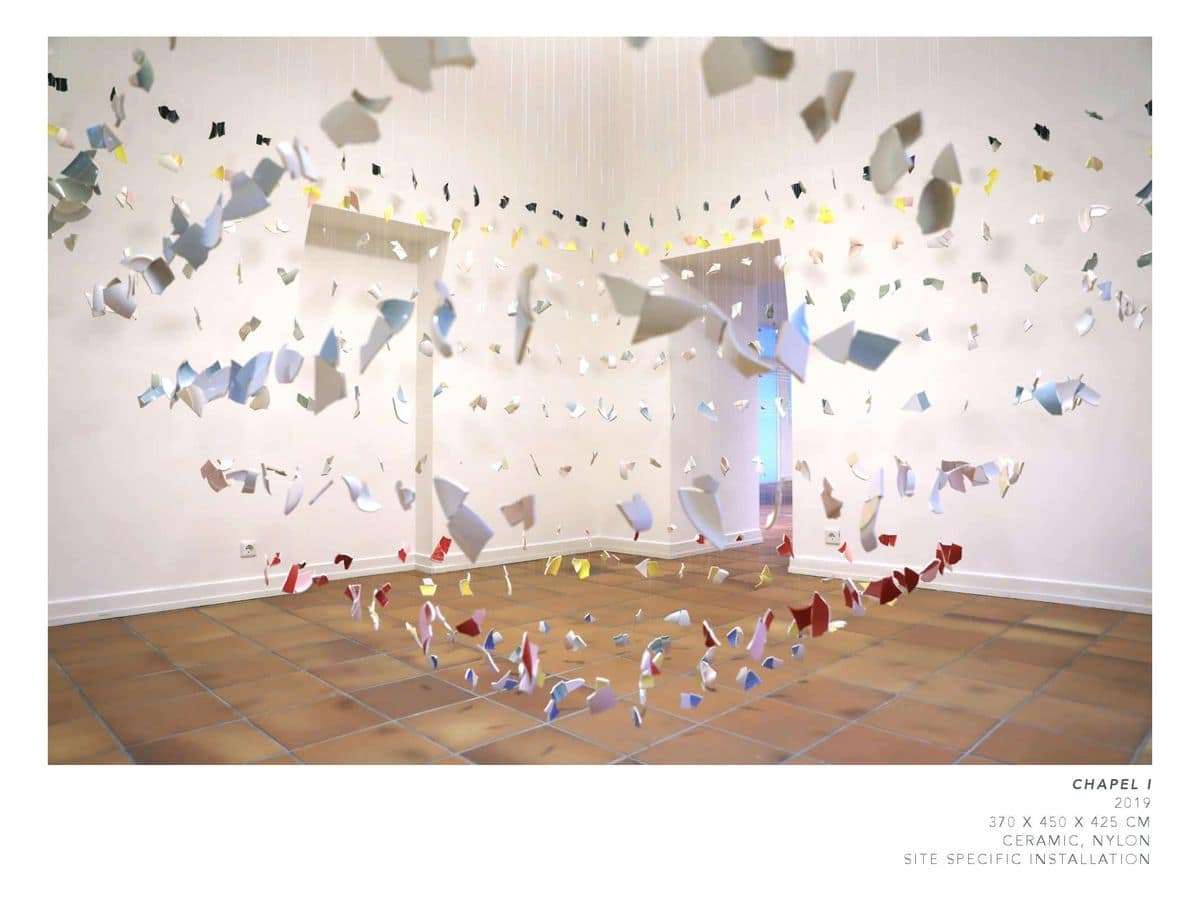 The acoustics of the chapel-shaped ceiling and walls of the GFJK in Baden-Baden are being mirrored into the space by pendent ceramics, that once broken, were combined into a new shape and reused. By reflecting the form of the ceiling, the architecture becomes one with the installation. Walking around the pendant structure, movement is created among the suspended tiles, transforming the room into an instrument itself. 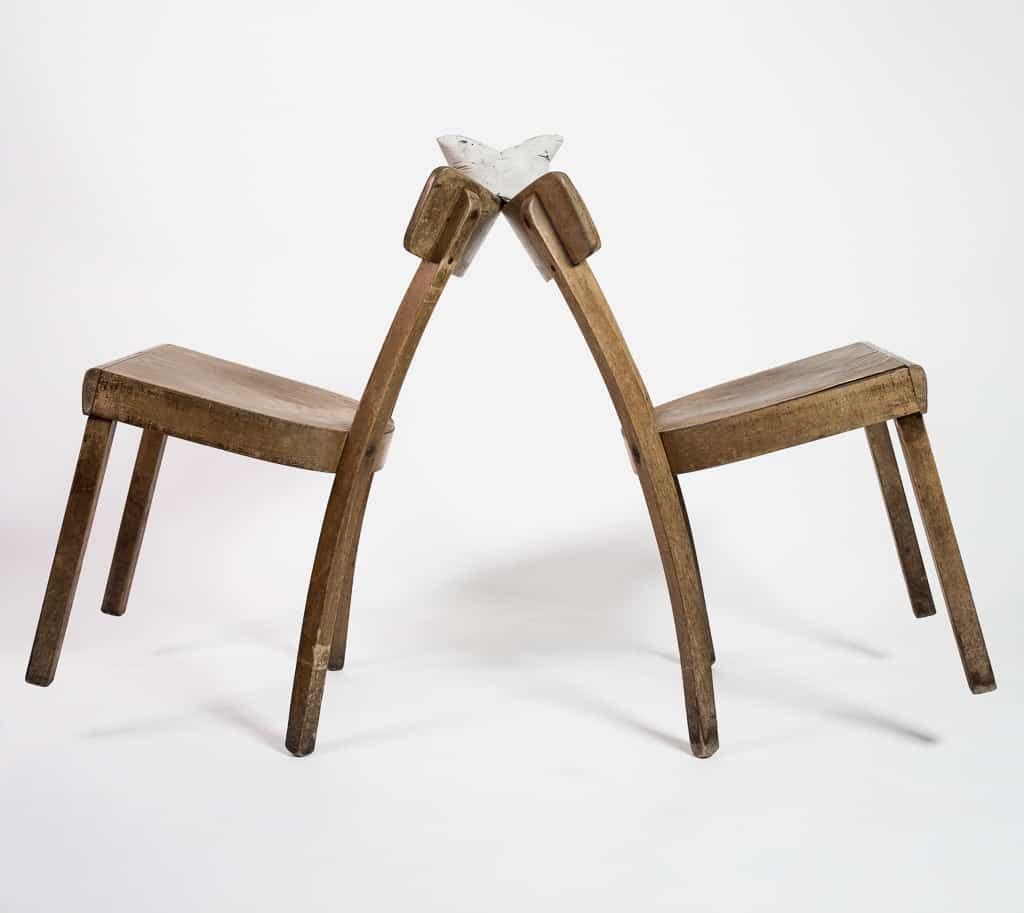 In reference to the common children’s game, this installation playfully discusses the concept of balance as a decisive momentum. In many possible ways, the chairs could bring the game of balance to an end – only in one, they maintain the state of floating. Juxtaposing a symbol of rest, sleep and coziness with features of hard and cold concrete. The pillow does not fulfill its usual purpose. Instead, it is strongly holding together two chairs in perfect balance.
The game’s origin is speculative: Some claim that it lies in migration periods, in which Jews from Europe were migrating in big waves to Palestine – always having too little seats on the ships.