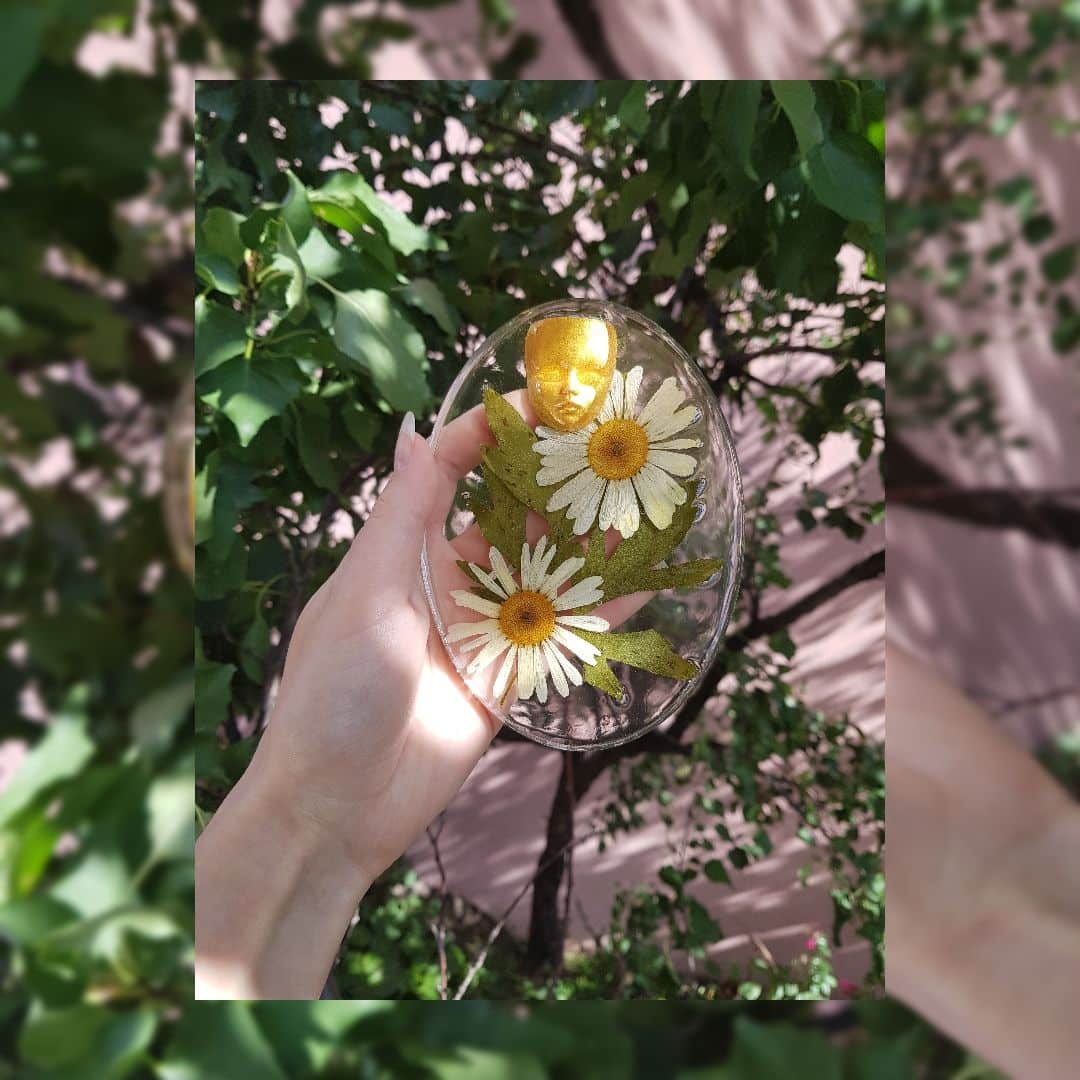 The word Flora derives from Latin and is the name of the goddess of fertility, plants, and flowers. Flora was used to refer to the flowers of an artificial garden in the seventeenth century. This type of artificiality is nothing compared to the artificiality of Plastika from Plastic derived from the Greek Plasticos, a material which virtually is eternal and shapes this concept materially and ideologically. Showing the contrast between organic and artificial, the meaning of what it is and the levels in between, the original and fake, the real and unreal… all that while showcasing our struggle trapped in these polar opposites with the personal and interpersonal, the natural and the norms and constructs of society. The works are made out of recycled materials like plastic, plastic parts, gathered and pressed real leaves and flowers, reused textile, paint, and epoxy resin.

New Memories is a public interactive audio-visual installation and performance created for the full experience. The work consists of one recycled and reused old Renault car, drawn on with four different line drawings for four different scenes on the four sides of the car windows. Inside the vehicle, a red light is inserted along with a narrative audio file explaining the meaning of the window scenes.
The idea behind New Memories is a revision and re-examination of the present by creating different alternatives for the past and the future. More specifically, by offering an alternative reality in the form of a story to raise the question of what we are doing with the right now and the real future. After getting out of the car, the artist takes a polaroid photograph of the “tourists”, who, following the development of the photo together, they receive it as a gift and create new memories.

The New Normal is a personal documentary project, accumulative, poetical, and a longful one, in a time of physical distancing and social solidarity, police curfews, and restrictions. The names and dates are on the stills themselves and all are digital photographs and recordings, 2020.
They keep getting made as a way of making sense of and recording the passing of time.

Ana Jovanovska is a contemporary artist, born in 1991, with an M.A. in Graphic Arts since 2016. Upon receiving a scholarship she spent time studying abroad attending École supérieure d’arts & médias de Caen/Cherbourg in France (2013-2014). Ana had 12 independent and more than 150 group exhibitions in Macedonia and abroad in countries such as Serbia, Montenegro, Greece, Bulgaria, Bosnia and Herzegovina, Slovenia, Croatia, Romania, Czech Republic, Poland, Russia, Italy, France, Germany, Spain, Portugal, Mexico, Argentina, Colombia, Peru, India, Israel, Nigeria, USA, UK and so on. Her practice is rooted in deep observation and reaction to the current times and spaces, affected by the moralizing of traditions and a sense of urgency in the discourse of contemporaneity. She is interested in research based in creative rethinking, re-imagining and re-telling a narrative. She had 11 solo and more than 150 group exhibitions around the world. Ana works as an artist and a graphic designer.