I am inspired by nature and my artworks made in natural material wax.
It is about the entities, which relate to the general notion of the soil of the earth and everything that follows it. It is not a direct approach to the motif, but a displaced, visibly shifted articulation of external perception 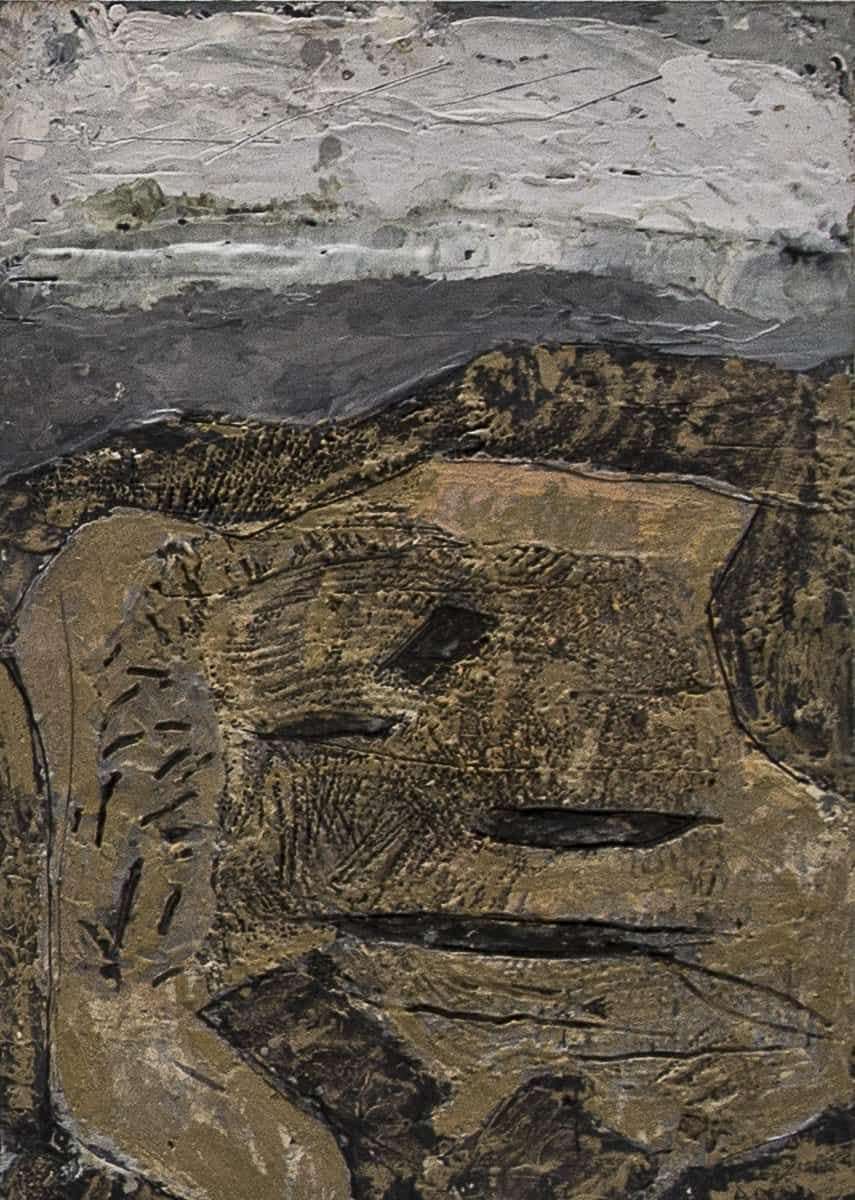 Painting Dig 5 is also inspired by nature and is a part of seria of "Digs". My paintings starts from realistic premises, the inspirational cause, during the latent creative process, is lost. After changing the views, these perceptions disappear and evolve in favor of the visual transformation of the painted play. The original incentive is prevalent and transformed into a vision, a poetic independent reality. Focusing on primary details, its notable determinations are ignored. Bonding with the pattern has dwindled, and thus the clear description point, which could lead to nature and possible objectivity of reality. Only somewhere, can you can glimps the aim. Everything takes place on the level of associative reflections, turned into a set of interactions of internal factors of work. The perceived world is vitalized and transformed into a coherent saying.

The definitions of the natural environment are, at the final point, difficult to identify. Left is a sum of hints, more allusions than illusions, in fact, the substance of memory was retained on the impression of a memorable motive, turned into a creative state of mind.
In my work i leave the usual, three-dimensional model and the image space translates into two dimensions. It introduces it into the field of active connotation, which takes place on the sensitive line of the seen and felt, on the interchange of the external and inner self.
With a safe performance, there are panoramas of muted colored compositions, which leave the impression of seemingly vague, self-defined, completely convincing sections.

Born in 1988 in Belgrade, Serbia.
She graduated in 2011 at the Faculty of Applied Arts, in the class of professor Siniša Žikić, department of wall painting.
She is a Member of ULUS and ULUPUDS.

Since 2013 she has been an independent artist.
Since 2014, she has been working as a fine art teacher in the Stefan Nemanja high school and in the secondary school "Zahari Stefanovic Orfelin"
Since 2016, she the founder of the Center for Education and Art Development – ARTISTIKUM

2017. – winner of the painting award – Golden palette of ULUS

So far, she has had 10 solo exhibitions and participated in more than 100 collective exhibitions.