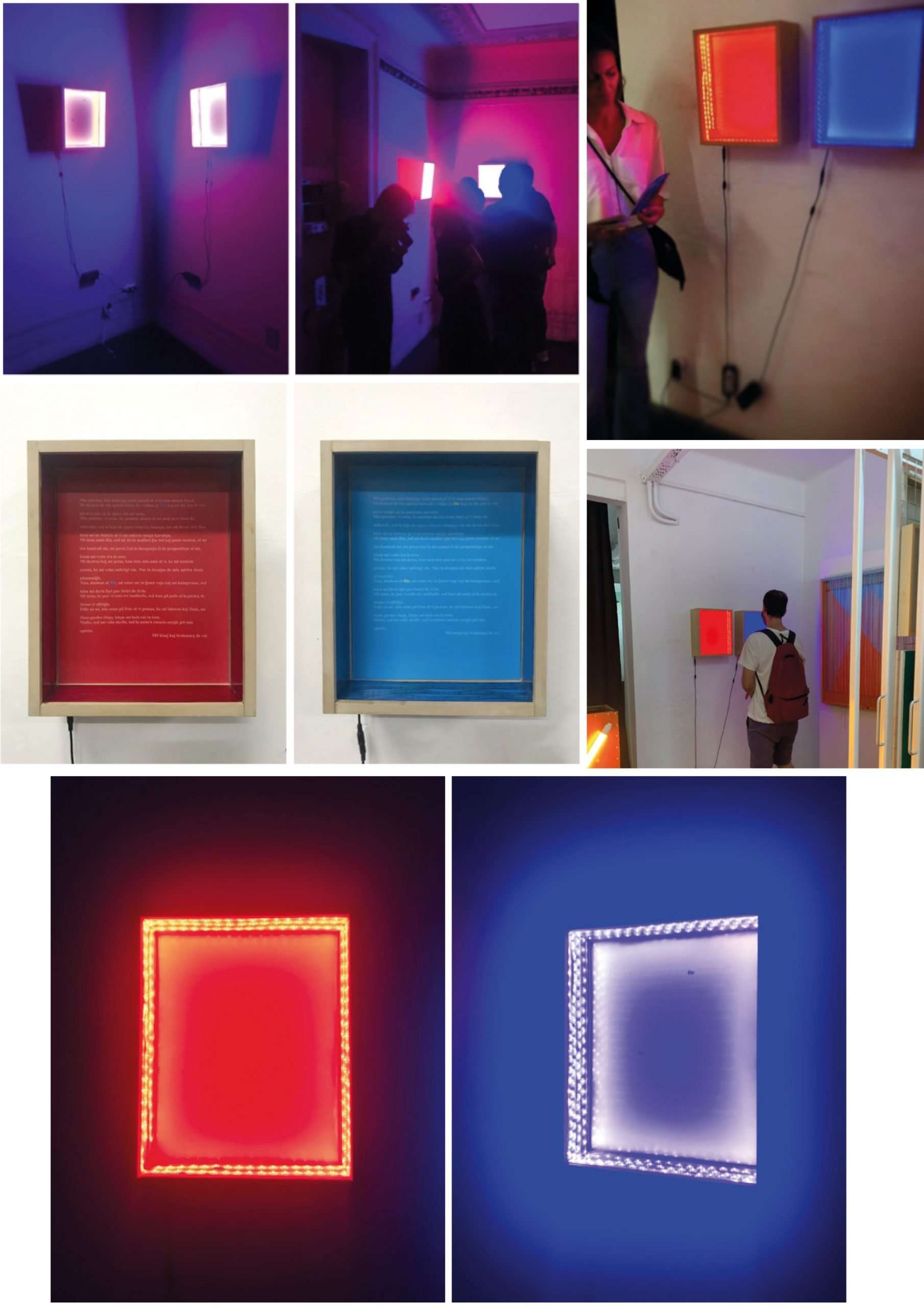 “Chromotherapy” consists of two boxes that, inside and equally in both, contain the printed text of a psychographed letter by a brazilian illiterate woman from the 30's. At that time, women were not allowed to have any access to studies. When the boxes light are turned on the letter text content fades away, disappearing. The erasing and spectral effect happens by addition and contrast. One box emanates blue light and the other emanates red light, creating a third violet light in the space. The boxes niche shape, refers to votive deposits, altars or private oratories, where images of saints are displayed for veneration. So commonly disseminated as protection for typical Brazilian commercial establishments, where the popular and local culture reside, evoking the memory of syncretism, resistance and connection, proven by the relationship white-black-indian that formed the complexity of a culture. 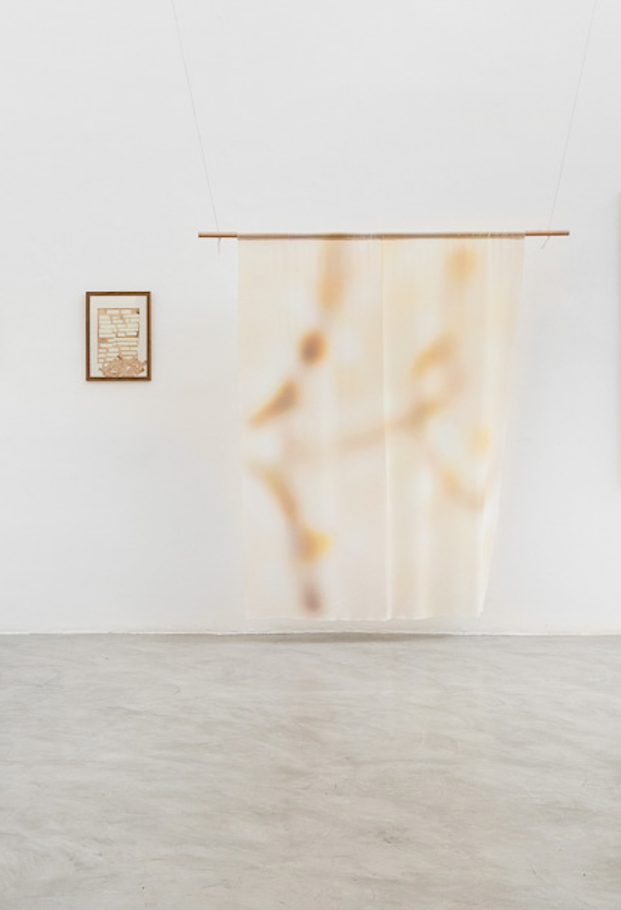 Sublimation consists of manipulating the content of a psychographed letter. Contradictory to the act of writing, the psychography was done by an illiterate woman from the 1930s. At that time and place, women could not have any access to studies. In the letter's content, words loaded with religious significance (faith, God and Jesus) were kept.In the approach of these letters and remaining parts, the non-text and the phantasmatic are revealed. The body of text blurs, appearing new sensory and visual contents, not captured by language. At the exhibition installation, the viewer at a distance reads the word, but as he gets closer he sees the blurred shape transform into misshapen and spectral spots. The impression of the spots in translucent and light fabric is made by the process of endothermic sublimation that transmutes a gaseous to a solid state. 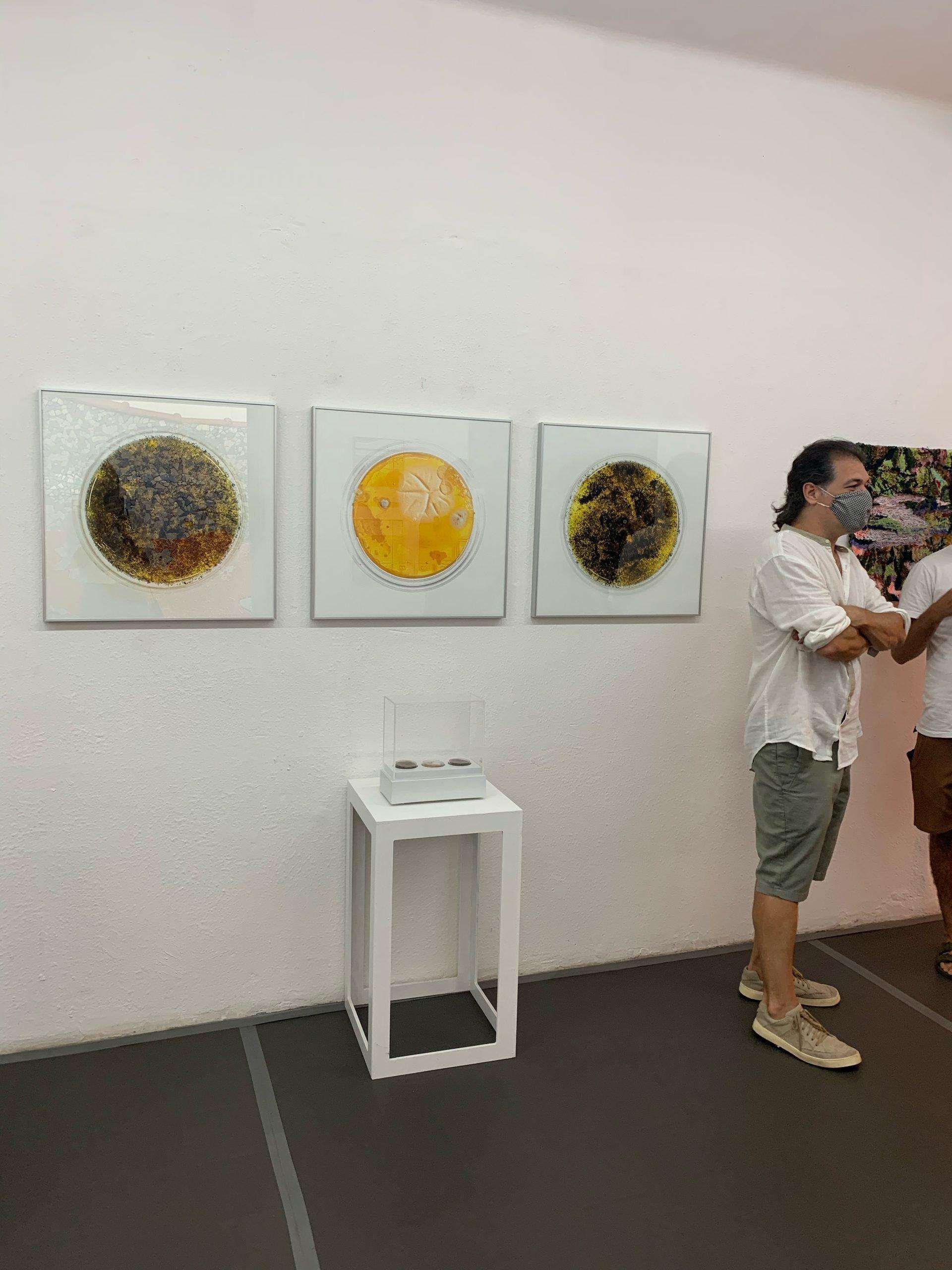 Spectrum is a triptych of high definition photographs. The photographs are images of petri dishes with respective fungal samples of 3 leaves of a psychographed letter, collected and grown in a microbiology laboratory, during the period of social isolation of the covid-19 pandemic in 2020. The psychographed letter is a contradictory to the act of writing once it was written by an illiterate woman from the 1930s. At that time and place, women could not have any access to studies.High resolution images jump sharply to the previously invisible of the letter. From the organic and biological life that inhabits the inanimate letter-object. In addition to the photographs, the 3 petri dishes with the live cultivation of the fungi are arranged.