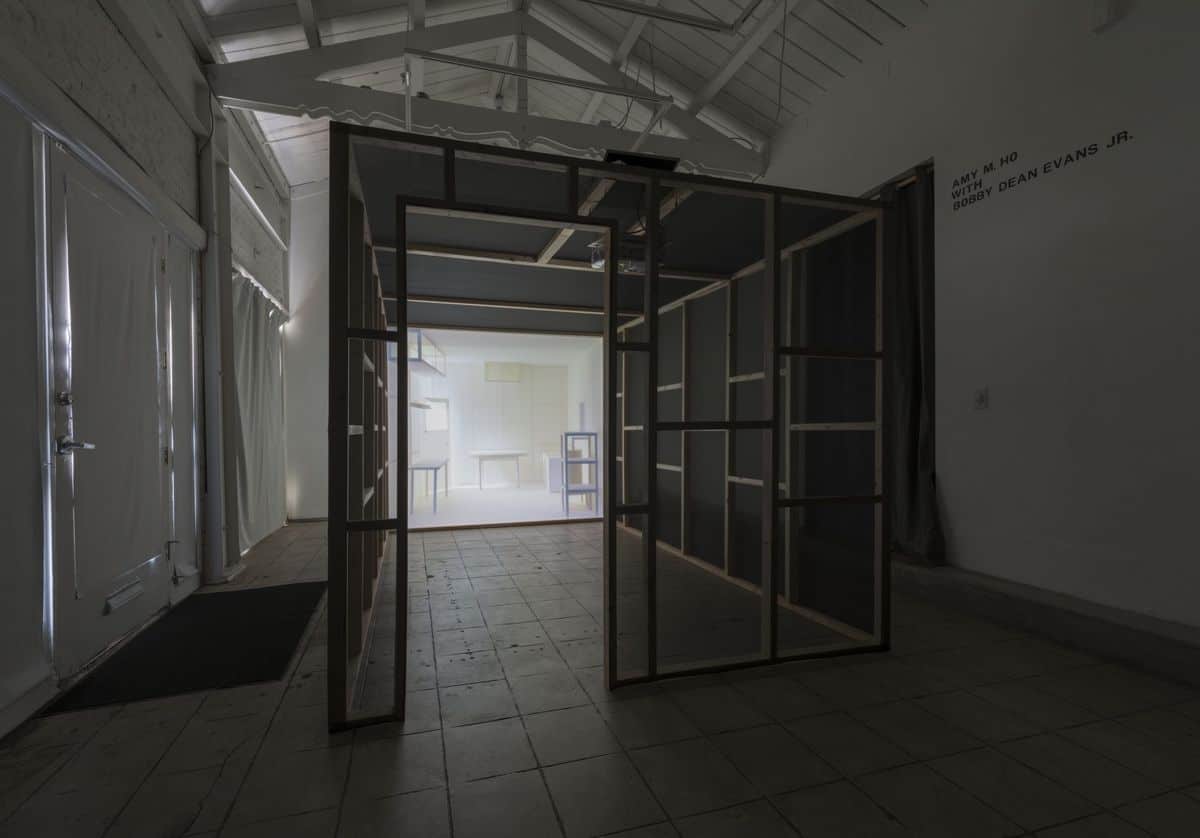 Spaces From Yesterday: The Garage 2016

Spaces From Yesterday is an exhibition series developed collaboratively with incarcerated artists from San Quentin State Prison. In this project, I created large-scale installations based on my collaborators’ memories of specific places. For the first installation in the series, I recreated a garage workspace from the childhood home of Bobby Dean Evans, Jr. The garage was a place where he could retreat from the world and work on his creative endeavors. He would work on his car and motorcycle there. His memories of the garage are filled with the sense of hope and infinite possibility that embodied that time in his life. Bobby’s mother still lives in this house but he has not been there for over twenty years. In recreating this space, I hope to honor Bobby's story and experiences and to bring to life a memory filled with promise. This installation was originally exhibited with Bobby’s mixed media painting of the garage space. 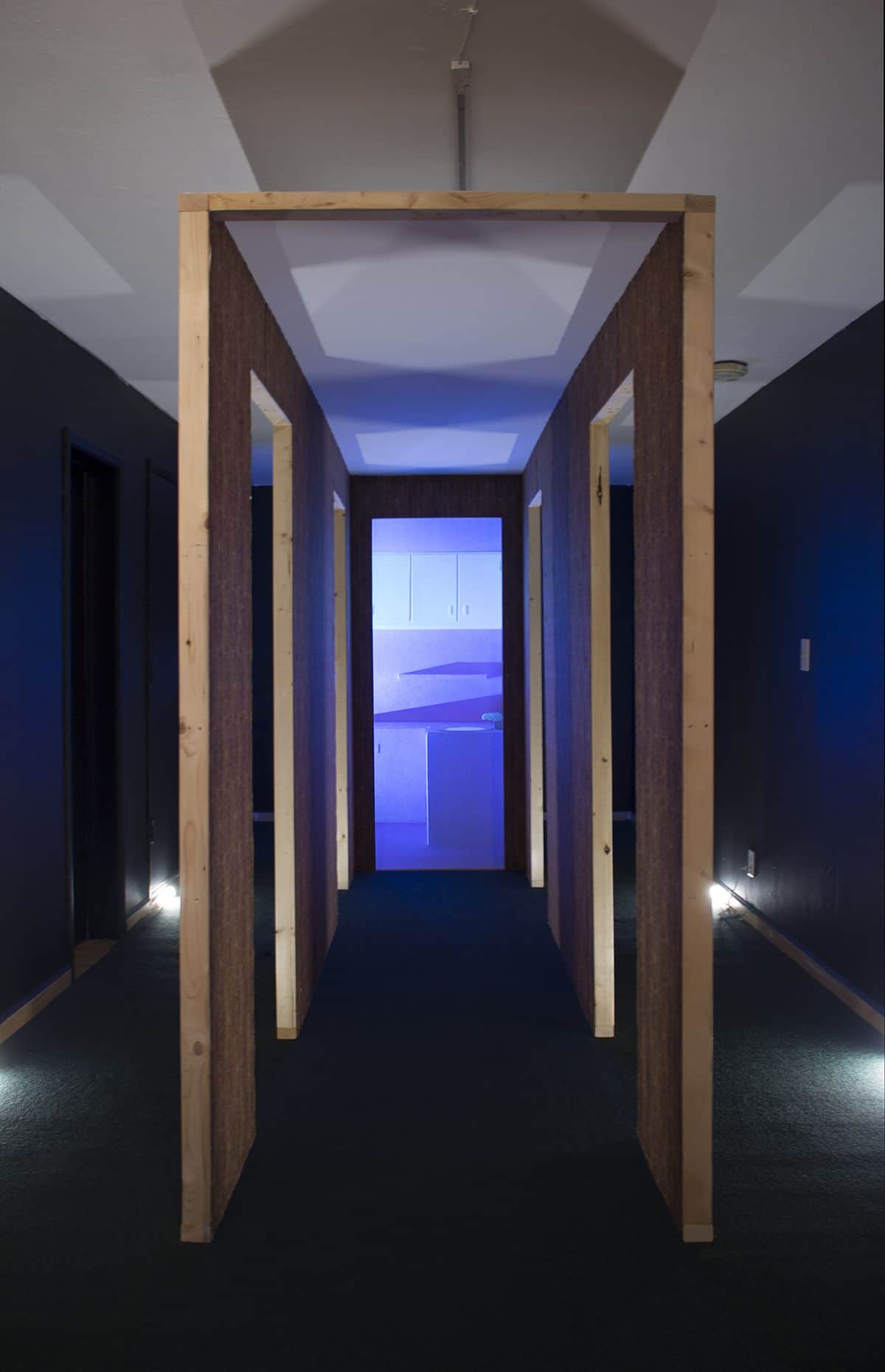 Spaces From Yesterday: The Hallway 2016

The Hallway is the second exhibition in the Spaces From Yesterday series. Dennis Crookes and I began planning this project at San Quentin and continued the project outside after Dennis was released from prison. The Hallway is a recreation of the hallway from Dennis’ childhood home. Dennis and his sisters used to meet up in the hallway to play chess, cards and checkers after their mother was asleep. The hallway was illuminated by a lone night-light emanating from the bathroom at the end of the hall. Dennis’s parents still live in this home and he was able to visit over twenty years after he last saw it when he was released from San Quentin. This installation was originally exhibited with Dennis’s painting of the hallway. Dennis currently lives in Los Angeles, California. 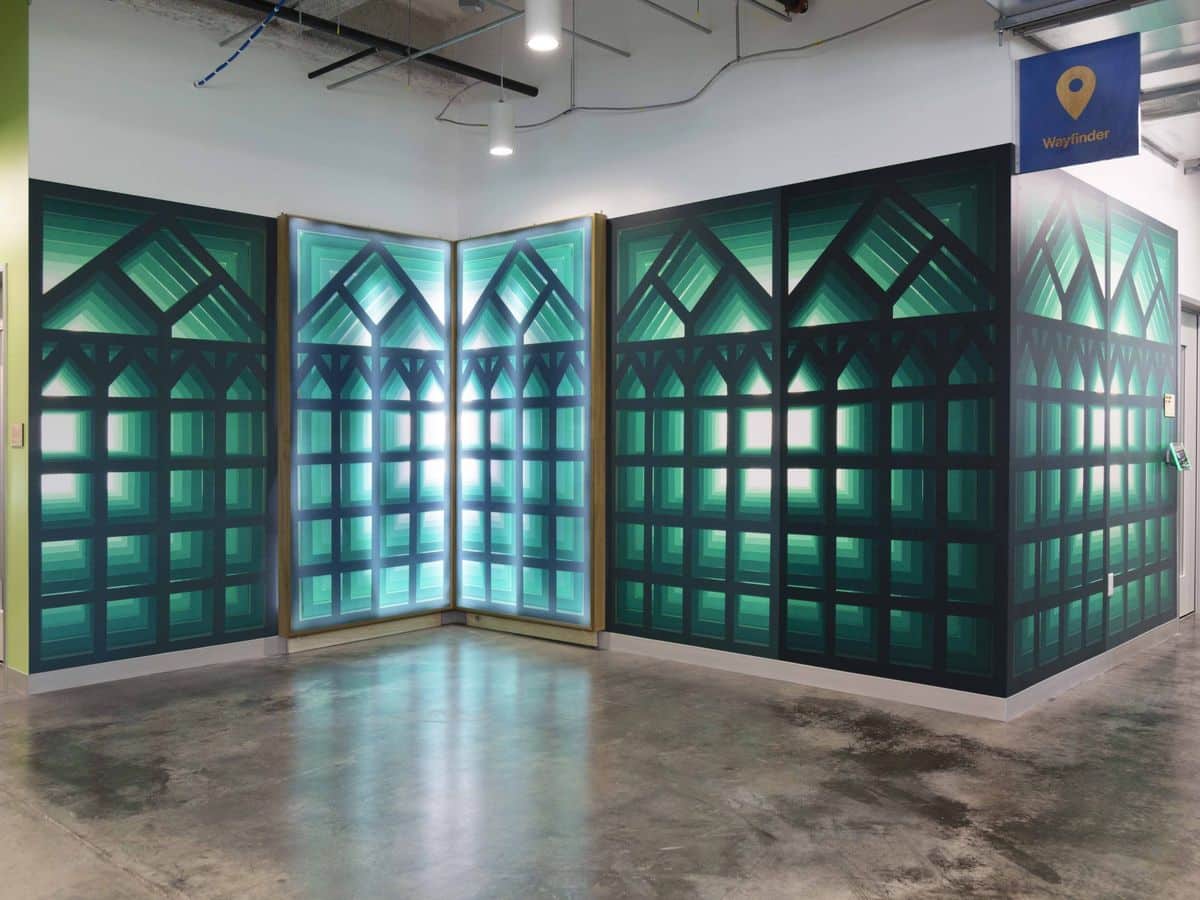 San Jose and 24th is permanently installed at the Facebook, Inc. offices in Sunnyvale, California. This work is part of a recent series of works that draw from local architecture in the Mission District in San Francisco, California. The Mission, known as the Latino district in San Francisco, has undergone many transformations throughout its history. Most recently, it has experienced an influx of wealthy tech workers that have helped to drive housing prices up. By some measures, San Francisco is now the most expensive city in the world. The increase in housing prices has pushed out working class residents and led to a housing crisis and ballooning of the Bay Area homeless population. As the neighborhood changes and buildings get renovated or torn down and replaced by huge condominiums, this work aims to preserve my memories of that area. This work feels very personal as I recently moved away from San Francisco.

Amy M. Ho builds video and spatial installations that bring attention to our existence as both physical and psychological beings. Amy completed her undergraduate degree in Art Practice at University of California, Berkeley and her MFA at Mills College in Oakland, CA. She was selected as a KQED Woman to Watch in 2017, received a Zellerbach Family Foundation Community Arts Grant in 2016 and a San Francisco Arts Commission Individual Artists Grant in 2013. Amy was included in Yerba Buena Center for the Arts' Bay Area Now 7 in 2014 and was a 2013 fellowship artist at the Kala Art Institute in Berkeley, CA. She has previously exhibited at the San Jose Institute for Contemporary Art, the Contemporary Jewish Museum in San Francisco, CA, the Walter and McBean Galleries at the San Francisco Art Institute, the Elmhurst Art Museum in Elmhurst, IL, and at the San Diego State University Downtown Art Gallery. Amy is an acting trustee at OUTPOST in Norwich, UK.