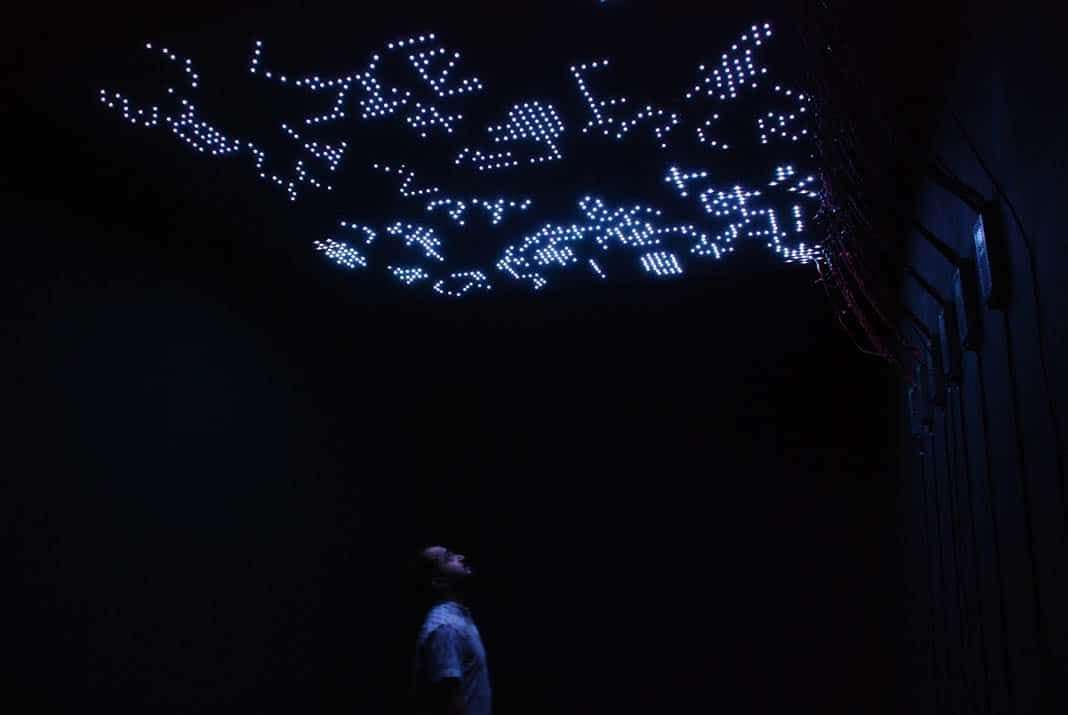 WHAT THE FROG”S EYES CANNOT TELL THE BRAIN. 2017

I collected Error logs and crash-scripts from softwares that run global digital business, and used them as a fundamental resource for illumination here. This pulsating room – flickering constellations of recurring crises – can reminds us of the perpetual anxiety that drives the seamless technosphere today. Much like Frogs who are excellent bug perceivers, but ones who starve to death being surrounded by food if food doesn’t move, data from the entire world can arrange itself in cosmic patterns here, yet remaining uneasily incomprehensible from one crash to another. How is productivity, idleness, and attention measured and quantified across the dispensable resource of contemporary digital capital? I, with Arnika, insert low-resolution provocations as ‘noise’ amidst a vortex of signals generated for a company’s CCTV monitoring system. The resulting composition is a choreography of quiet thoughts exteriorised and staged for the surveillance archive, and left for the system to decode and reassemble.

The film foregrounds the unprecedented volume of labour-intensive digital service industries. It features an Induction Day expert, one who inducts and trains hundreds of workers every month. He profiles their personalities, engages them with attention techniques and verifies their background for the company. His whirling, twisting, gambolling body is seen alongside the architecture of dreams he inhabits, one that spirals and gyrates as he swivels and turns. The building and body sometimes seem engaged in a pas de deux, at other times appear as witnesses of each other, till exhaustion interrupts and brings them to a grinding halt.