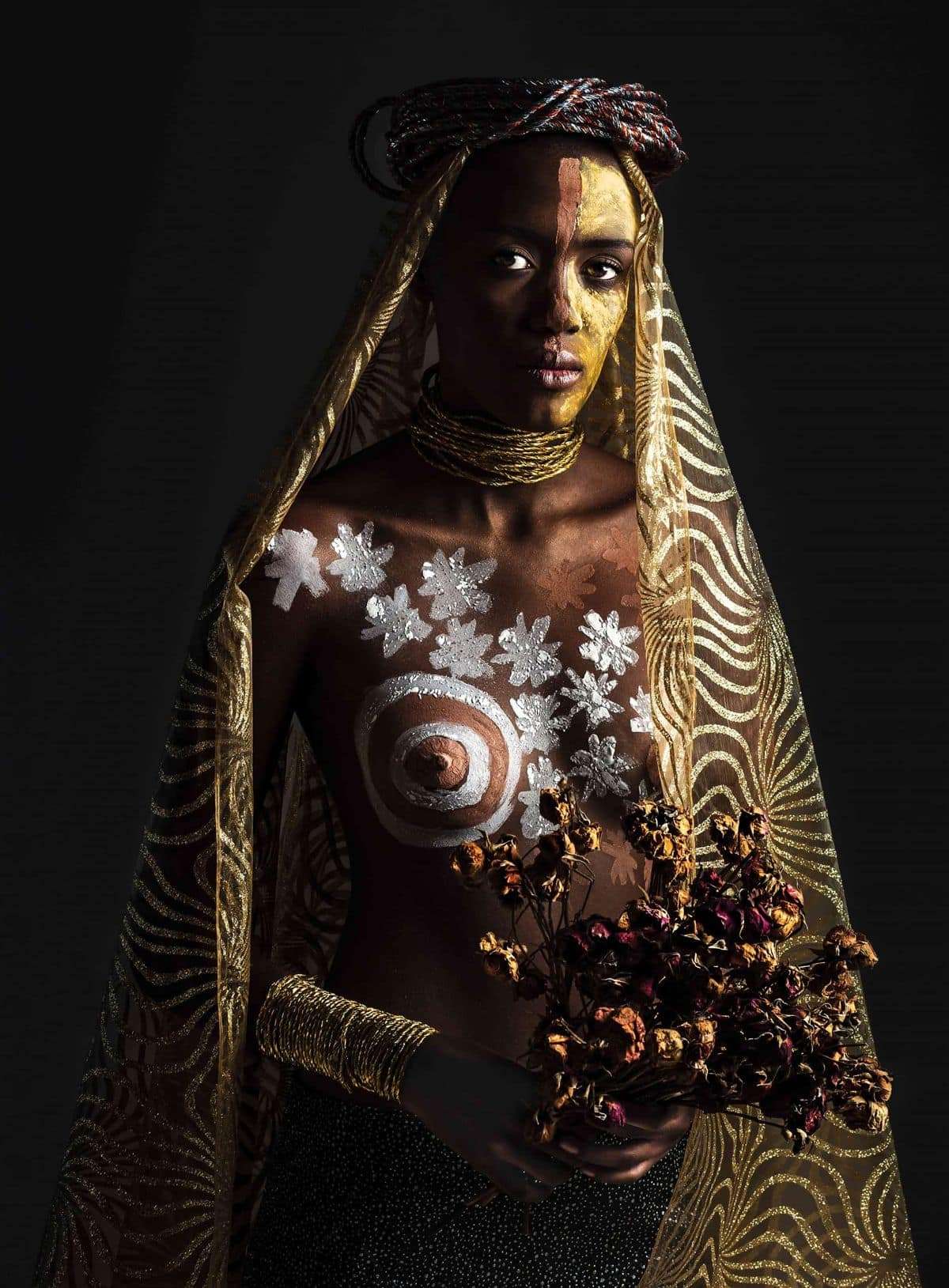 Eghosa: Name in Yoruba that means: Time of God
Eghosa speaks of a time of fullness.
The adornments of one who is touched by the divine, ancestral.
Bring in your hands the representation of their traditions.

Dumisai: Name in Yoruba that means A herald.
African societies in general, and particularly Sub-Saharan Africa in particular, are essentially spoken word societies.
Even when writing exists, and despite centuries of colonization, orality remains an integral part of the community and the individual, constitutive of one’s individual and collective identity.
It is a key element in the transmission and preservation of the tradition and wisdom of peoples, bequeathed by ancestors from generation to generation, by word of mouth over the centuries.
Black African tradition is based on the word;
It is essentially oral.
Orality is completed by rites and symbols, but these without the word, without tradition, become unintelligible and ineffective.
Dumisai is Orality. 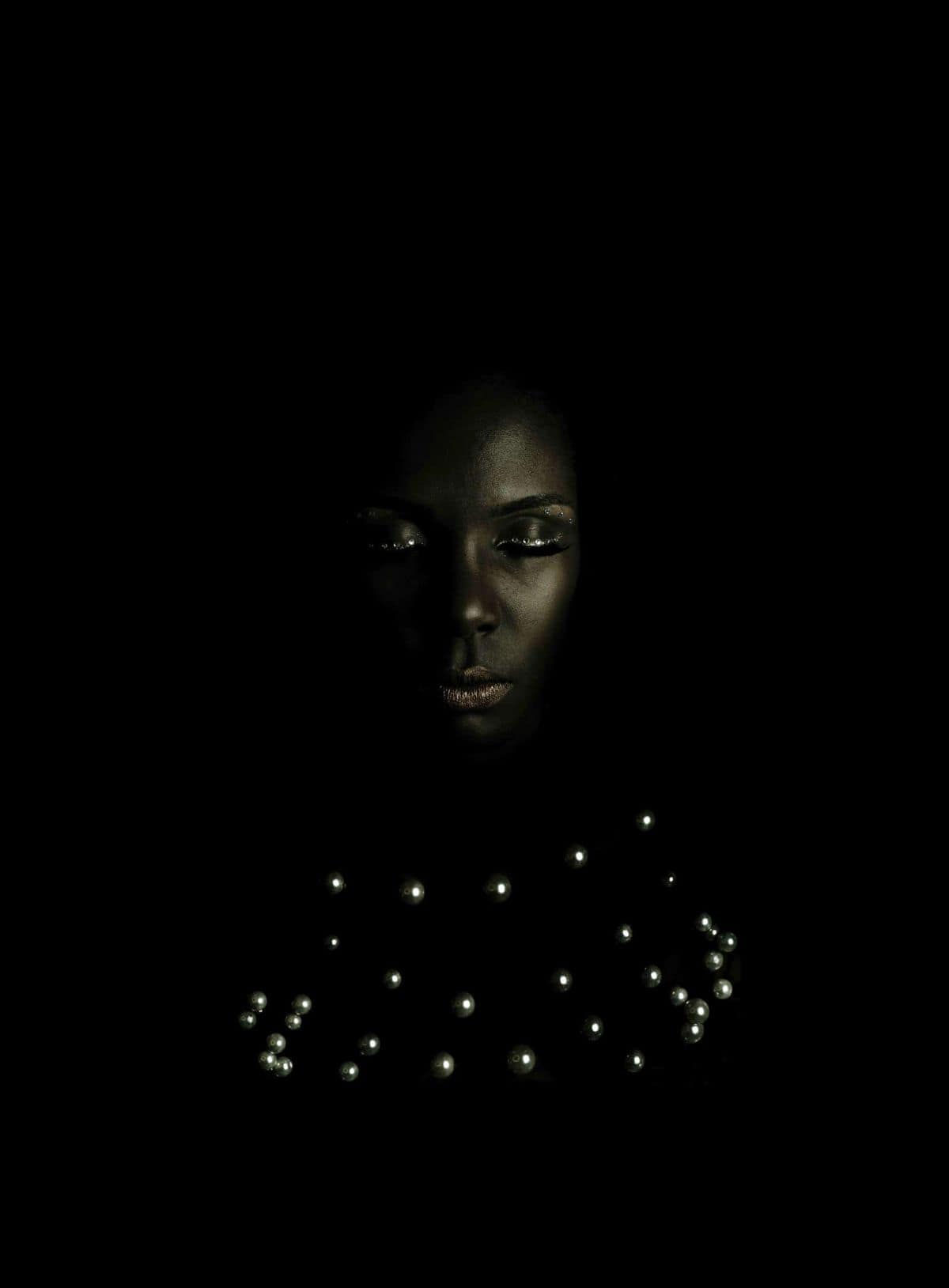 Durra means in Yoruba: Great Pearl
Where do we look for our answers?
And when we find them, wouldn’t it be as obvious as finding them inside us?
Durra speaks of these pearls that we carry in our history.
Principles, values, beliefs…

I was born in Minas Gerais-Brazil and started my career as a wedding photographer in 2010, soon after graduating as Graphic Designer.
Photographed marriages in countries like Switzerland and England.
In 2016, I ended my career as a social photographer and decided to devote myself entirely to conceptual and artistic photography.
Developing photographic projects related to the Ethnic, it’s influence in the miscegenation and Brazilian culture, foment my search for identity, to know about my history and to become as empathic as possible.