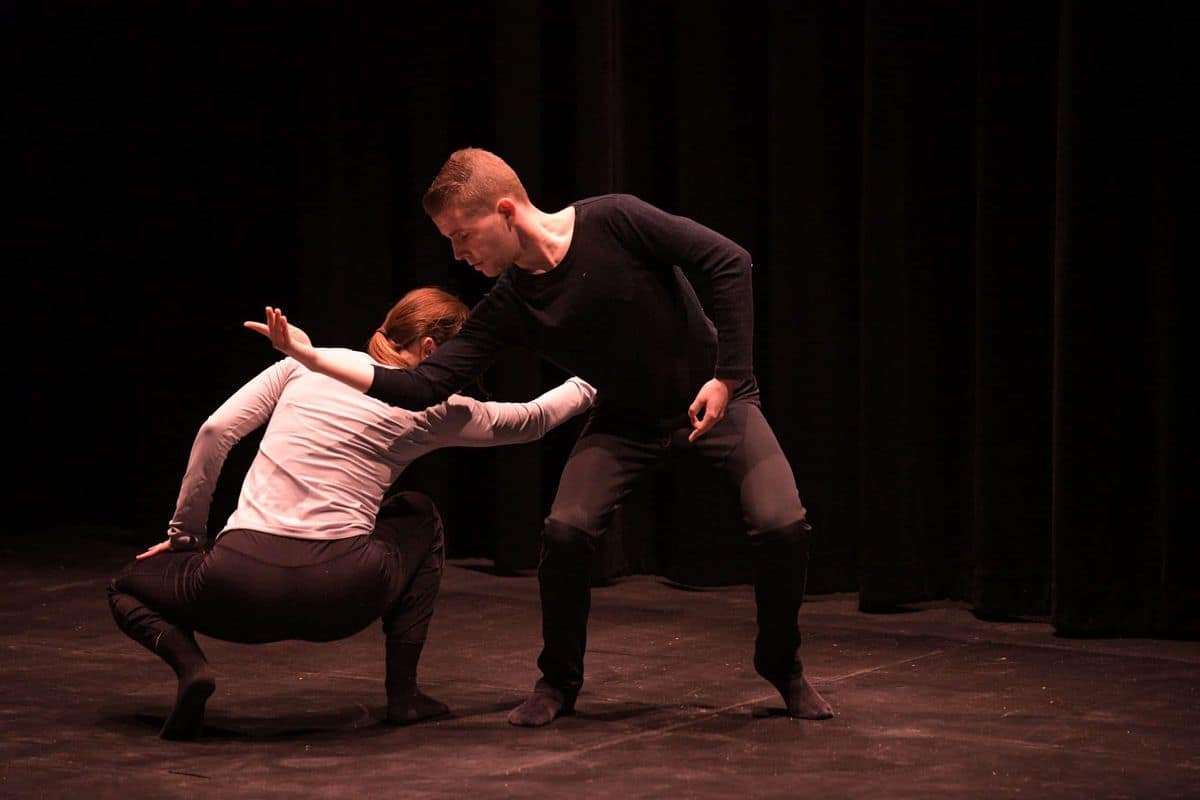 Life Cycle of a Malignant Debate 2019

Work in Process:
Life Cycle of a Malignant Debate

WE THREE
A contemporary dance trio of witches.

You’re Never Fully Dressed… without a smile. A contemporary dance solo exploring the phenomenon of people (mostly women) smiling at the people (mostly men) who sexually harass them. Smiling as a defence mechanism. This paradoxical behaviour illustrated with the most visceral art form, dance.

This 17-minute work was created for and presented at the first edition of the Uproar Arts Festival in August 2019.

Allison Elizabeth Burns is a dance artist, producer and educator based in her hometown of Ottawa. She spent a decade working and studying in Montreal, where she graduated from Concordia University with a degree in Contemporary Dance with distinction in 2010. Allison has choreographed and performed in plays, multidisciplinary projects and dance works. Her most recent work, You’re Never Fully Dressed, was presented at the inaugural Uproar Arts Festival in August 2019. She presented one new choreography in 2018 We Three (Alberta Dance Festival), and two new multidisciplinary creations in 2017, Do You Want to Live Forever? (Ottawa Fringe Festival) and The Key to Time Travel (Dark Horse Dance Projects). Her work has also been presented at Princess Productions’ dance: made in canada festival (2019), random acts of dance’s Your Dance Fest (2019) and in the Toronto, Montreal, and Ottawa Fringe Festivals (2010-2019).