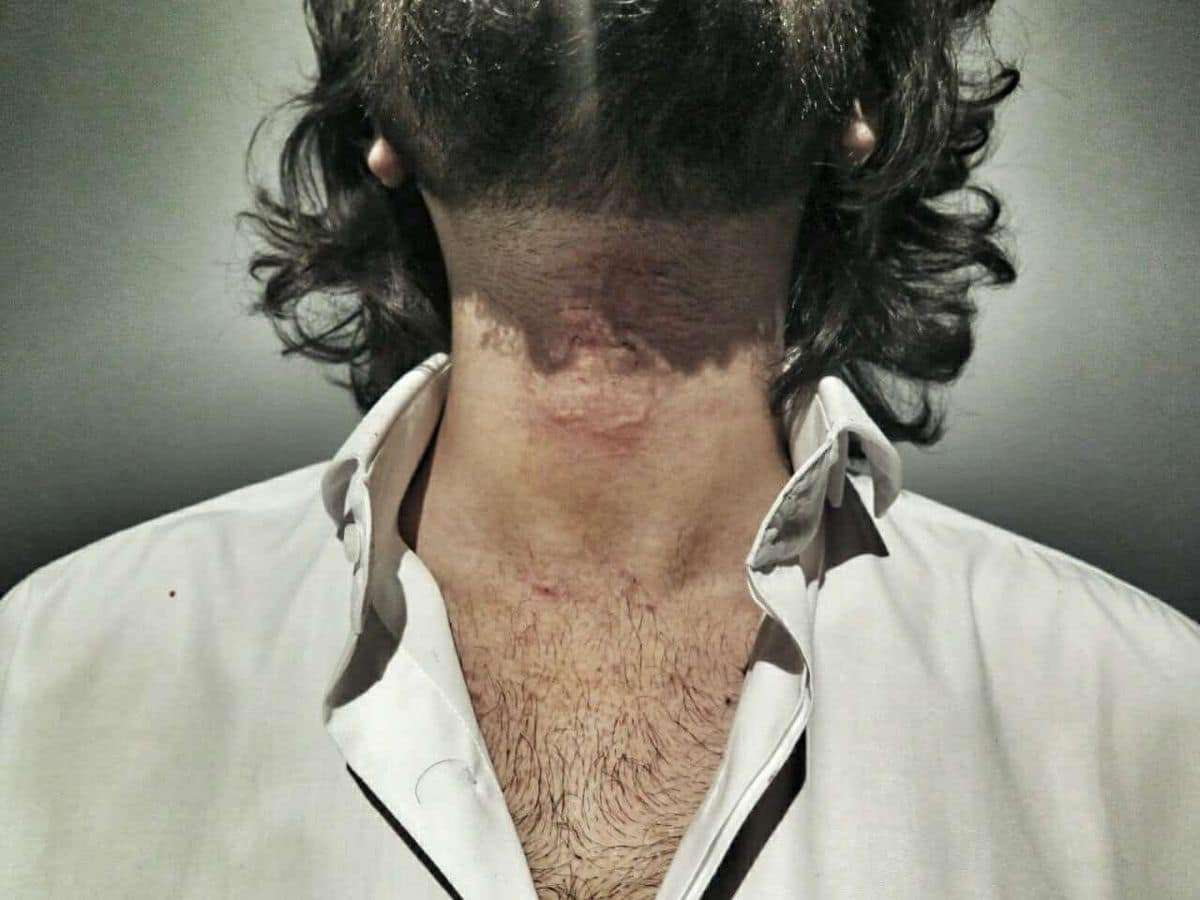 Anti-war idea
This performance describes the war with artistic expression.

You were Zhkvnd” is a poetic viewpoint on melancholic Eastern women. It’s a bitter poem that describes a woman who shoulders her social responsibilities while a sword is hanging above her head like ZHKVND. “Zhkvnd” is the name and representative of each and every melancholic woman in the East, filled with mystery and ambiguity They are women, who are led to a contradiction among unpleasant views of both tradition and modernity.That kind of view which defines a woman’s freedom,and yet it delimits her by its utilitarian and carnal concerns. A woman in the East is not just a woman. In spite of having a feminine demeanour, the society instructs her to have masculine and harsh qualities. A woman in the East keeps silence and gets wounded bit by bit.the container contains bleaching materials

How much is a Flower brunch?
Iran Artists
2016

The sound is not only thing that remains
Museum of contemporary art,Tehran
2016

War was another name of you
mamutartproject, istanbul
2017
ADRA Museum and Exhibition Complex
Azerbaijan,Baku
2017

Human Being Grows In The Soil, Like Plant
Installationart
Tabriz/kabood art gallery/2019

He dances for you
Tehran/fereshtee art gallery/2019