The project propose a sintesis regarding the contemporary society, the post-industrialized society, a look at the blending of natural with artificial. They are two things that cannot go and work together by their nature but the modern, industrialized, civilization has pushed the limits so the natural can no longer exists but as a substitute of the technology. These ideas have been already postulated by Heideger, Alvin Toeffler and Marshall McLuhan. They have put the problem down and sent a warning regarding the consequences of this natural -industrial ,,algorithm”. 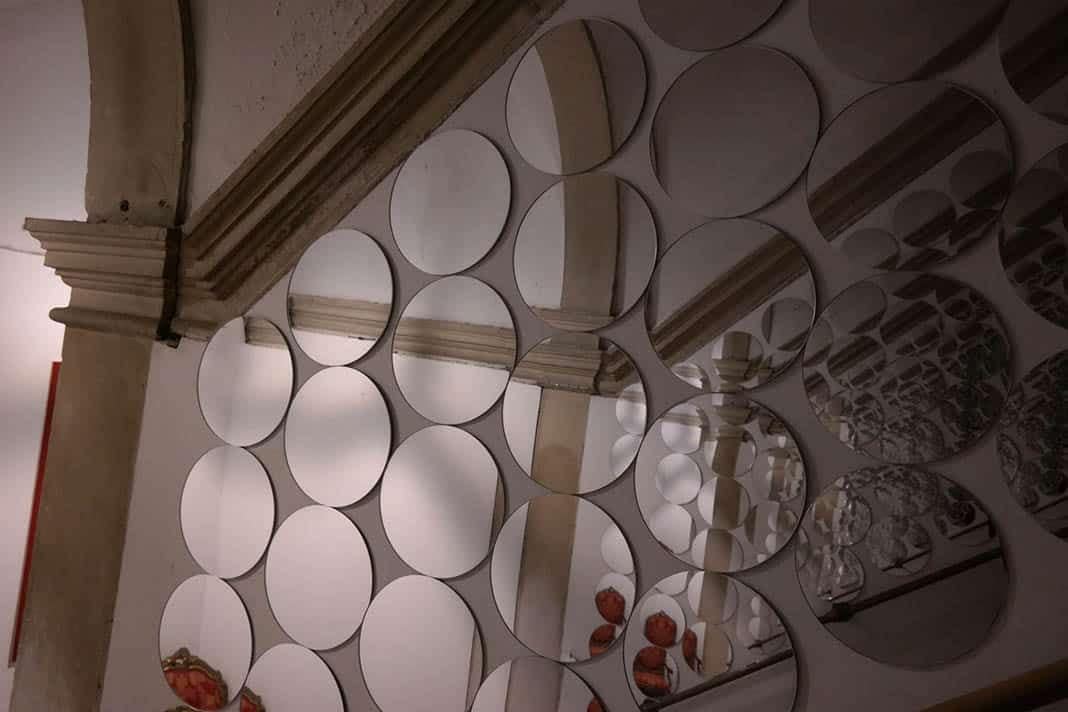 Without making a political stand, I want to offer a world with no borders, no customs, to others as well. Thru an artistically gesture wrapped in a live performance, I want to open the windows of the minds, of mentally and spiritually freedom. What happens when you look in a mirror: you cross a border were you see yourself as you know yourself, and get beyond, and when someone, a known or unknown friend draws you a spiritual path of art and knowledge, the journey is more beautiful. Borders are not just something physical, drawn by a legal authority, the border is also when you can not overcome your condition.

Over the years Alina Aldea took part in national and international group exhibitions, among the last were: in 2018 at 12th Arte Laguna Prize in Venice, Italy, and in 2017 at the XIth Florence Biennale in Italy where Alina received 5th Prize, Drawing, Calligraphy and Print section. Also she had several personal exhibitions, the last one being in Bucharest, „OUT OF THE BLACK”, at Kube Musette Gallery in 2017. Other notable exhibitions are: 2016 - Out of Borders - Venice International Experimental Art Festival, Italy; 2005 - The Japan-Romania Cultural Exhibition at the Tokyo, Metropolitan Art Space Exhibition Gallery, Japan; 2003 - Lulea Summer Biennial, Sweden; 2003 - Dante’s International Biennial XIVth Edition from Ravenna, Italy.