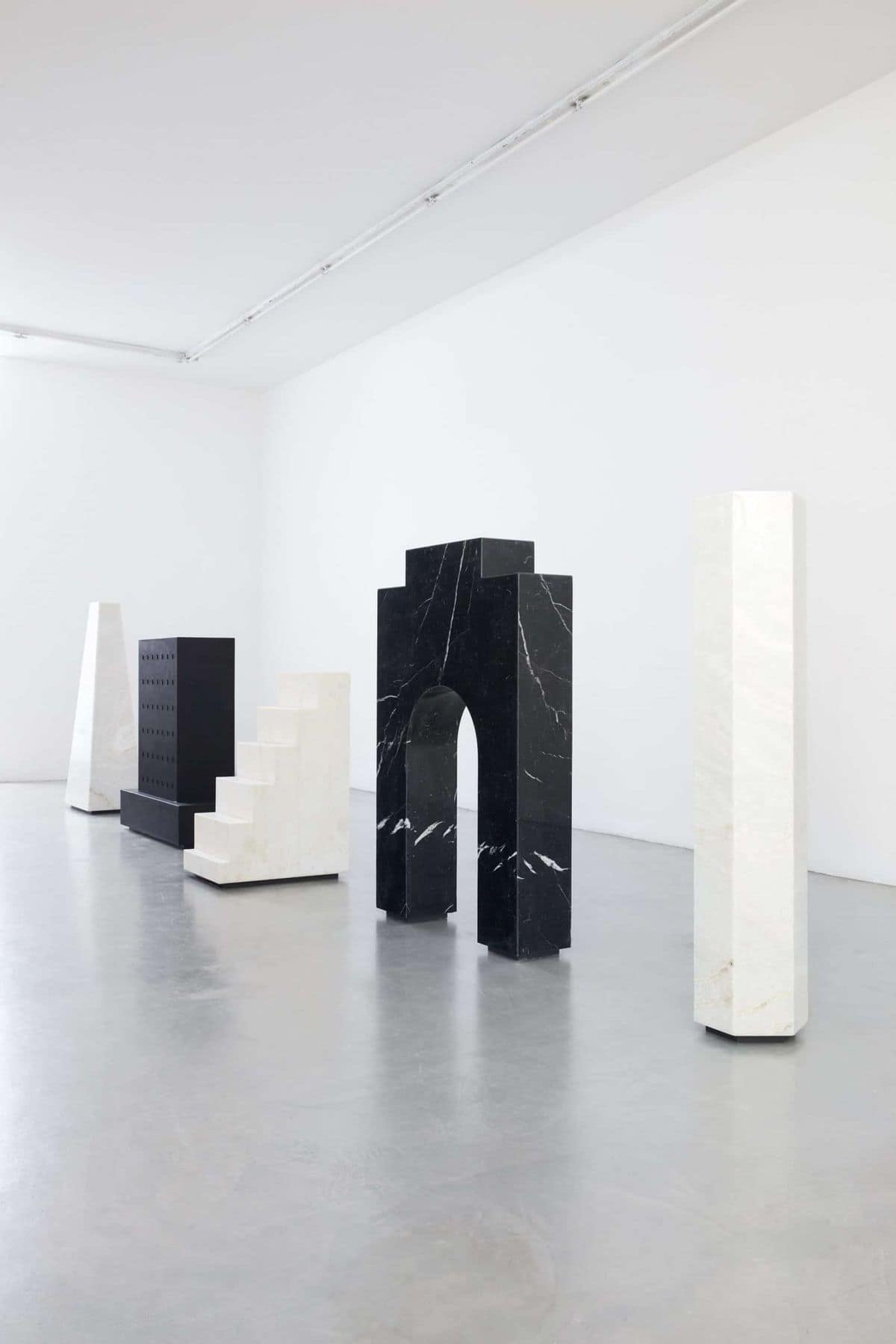 Humans, feelings and architecture. I started to dive into this theme with Majestic Solitude, the space was defined by two different but related places, conceived almost as a church where the silence was the predominant element. A series of stone sculptures : Obelisk, Kaaba, Staircase, Temple and Column; an archetypical representation of the elements of worship, displayed on the same line as columns of an aisle. In those architectures and elements I’ve found great human characteristics, which is why I decided to make the sculptures human-sized, so that they might become something in which we can mirror ourselves. Man was the subject of the show in which they were displayed, my intention was to exhibit the beauty and the elegance of the two human conditions which are apparently antithetical but which nonetheless live together in him: man’s fallibility in restraining the dark and the wonder generated by the acceptance of it. 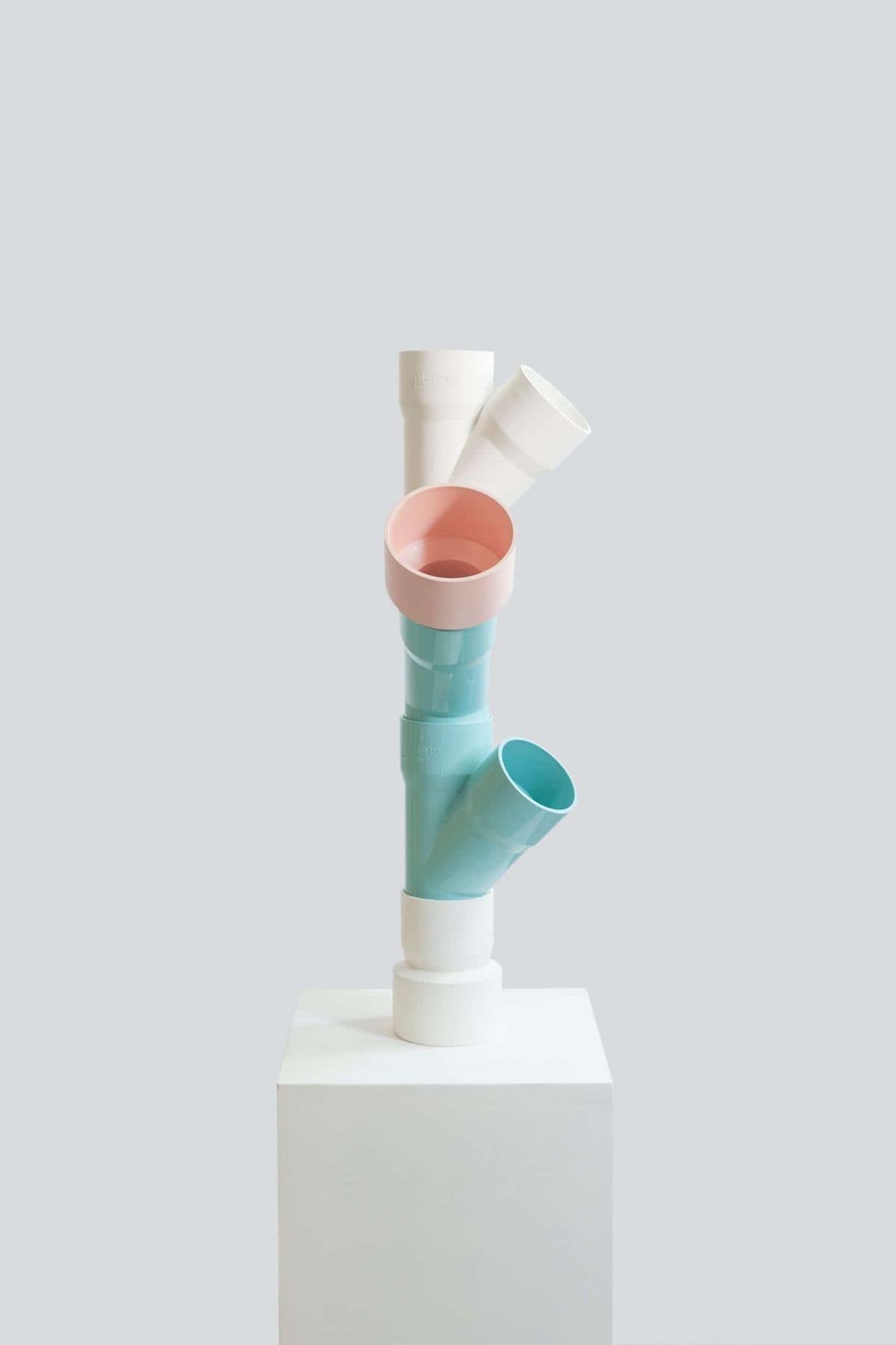 Indoor Flora is a series of sculptures composed by a repeated module, a vertical progression of hydraulic pipes fitted on the top of another. My interest was not pointed to represent a plant but rather to evoke its natural behavior of growing, like a tree branch: a repetition of the same shape on the same line. Transforming an ordinary object into something else but at the same maintaining its first nature recognizable. 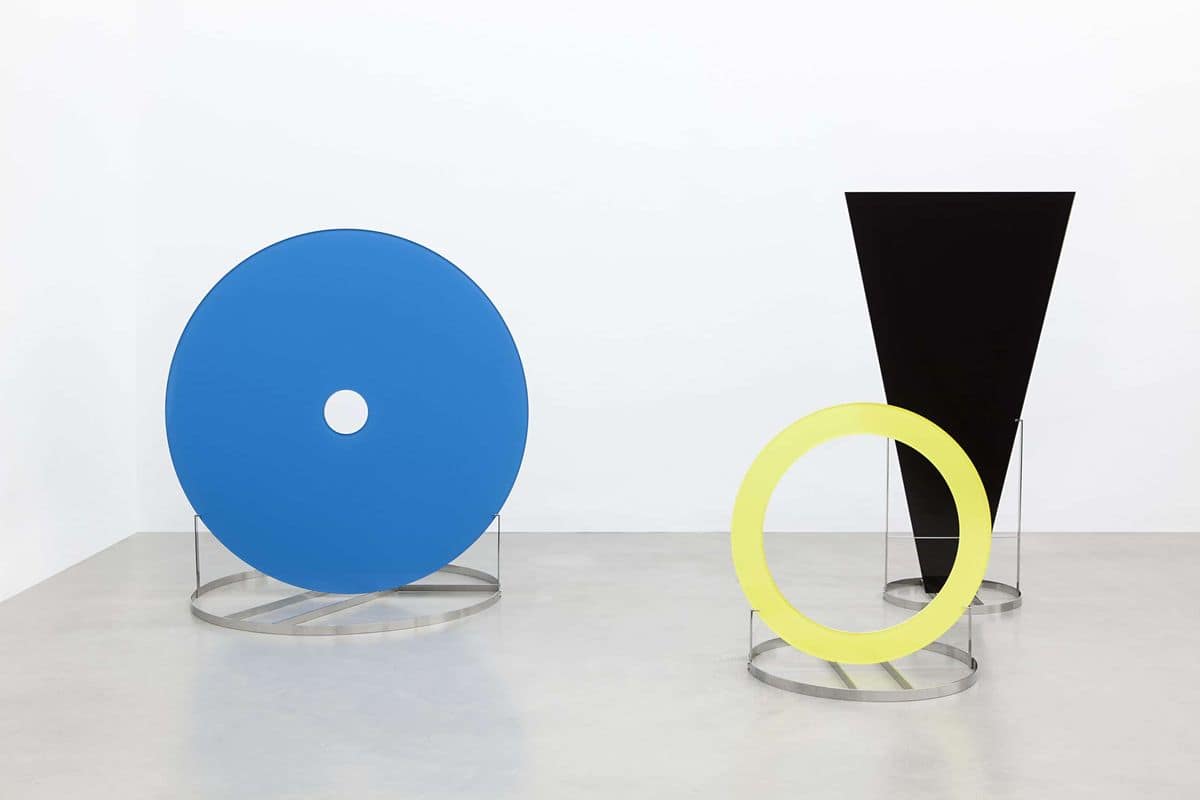 “Operating manual for spaceship earth” by Buckminster Fuller, such a great book! He exclaims: “We are all astronauts” since we live in a planet moving in the universe, turning the earth into a spaceship! A spaceship!?? Like the one my mom impressed in my mind washing my brain with all the Star Trek episodes? She kept saying that the real beauty of the saga was the spirit with which those adventures were taken: great curiosity and a peaceful approach. So I guess to me this is all what it’s about, curious astronauts that explore. And by expanding that already enlarge Fuller’s vision, then also the other spaceship planets might be curious to explore the universe and us. This is what has inspired my family of alien human-sized sculptures that occasionally land somewhere. (Aesthetically inspired by the early paintings of Hsiao Chin, that I’ve interpreted as notes of a logbook from his journey into the universe as an astronaut, as if he drew shapes and atmospheres seen in other planets.)

Alice Ronchi (born in 1989) lives and works in Milan. She received her MFA from the University of Amsterdam Sandberg Instituut in 2015 and her BFA in 2012 from NABA University in Milan. In 2013 she starts her collaboration with the gallery Francesca Minini in Milan. She often collaborates with institutions, schools and museums to design workshops for children. Her work has been exhibited in galleries and museums internationally including : Palazzo Reale (Milan IT), MamBo (Bologna IT), Fons Welters Gallery (Amsterdam NL), Macro Testaccio (Rome IT), Stadgalerie (Kiel DE), Galleria civica di Trento (Trento IT) among the others. In her works, everyday objects meet the world of invention and fantasy. The search for wonder is a constant theme in her work, populated by familiar yet enigmatic figures, the product of an abstract reworking. Somewhere in between playful and minimal, her work is a synthesis between the simplicity of expression and complexity of forms and meanings.