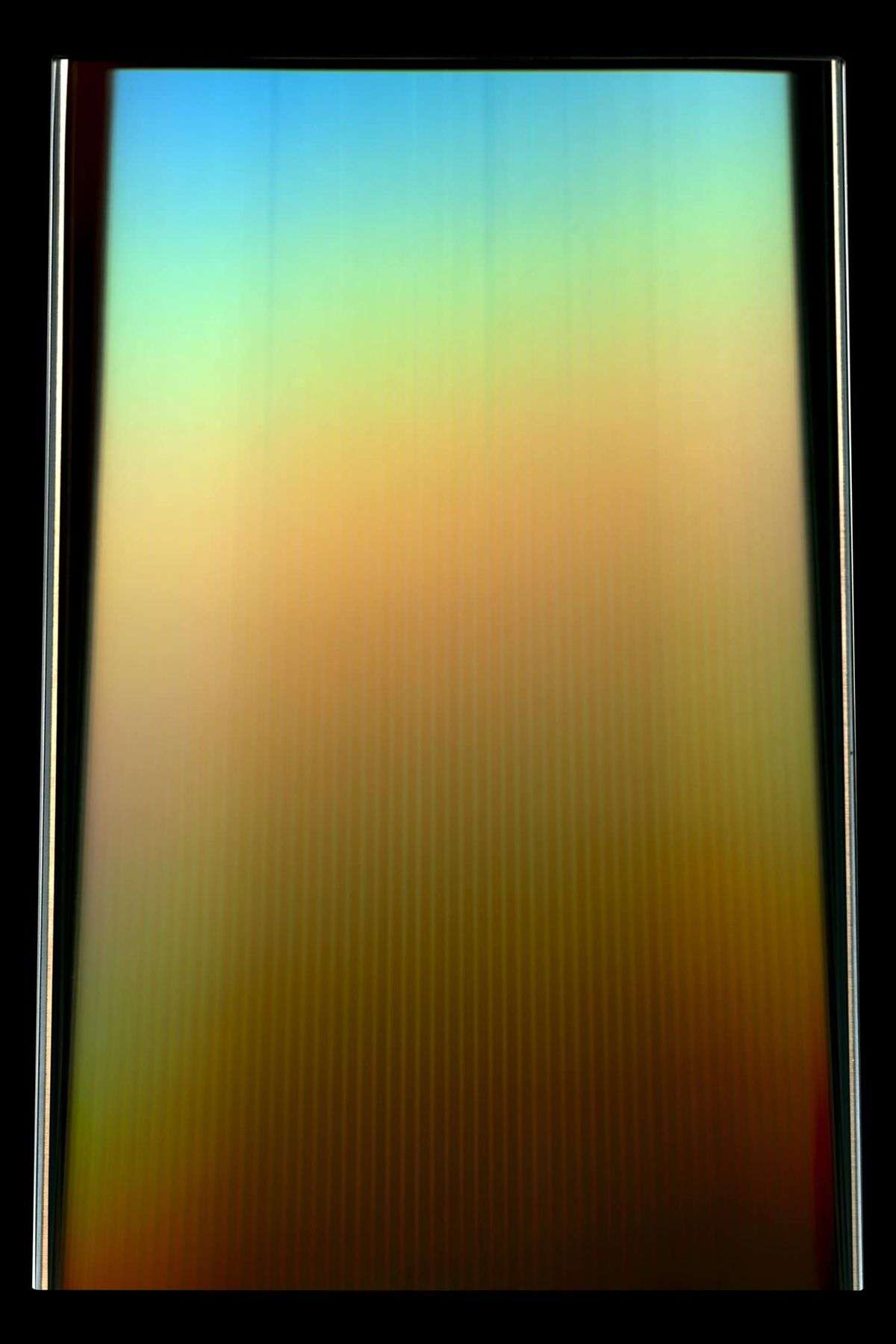 Setup with scanner and mirror 2020

Setup with scanner and mirror, 2020

Installation of 25 lightjet prints behind acrylic glass on an aluminium shelf, each 20cm x 30cm

"Setup with scanner and mirror, 2020" consists of a total of 25 images that were created by scanning a mirror in a flatbed scanner. In 1° steps, the angle of the mirror was adjusted from -12° to 12°. The light, which the scanner uses for the illumination of reflective originals, is refracted by the glass of the mirror and reflected to the scanner in individual, coloured components.
Both elements are normally intended to be neutral and „invisible“ in a sense that they shouldn’t reveal itself in processes.
The software translates the information into a visual outcome, which looks on the first sight as the natural spectrum of light, but reveals little errors and limits of this digital translation and therefor reveals a doubt of the photographic capabilities to show us reality. 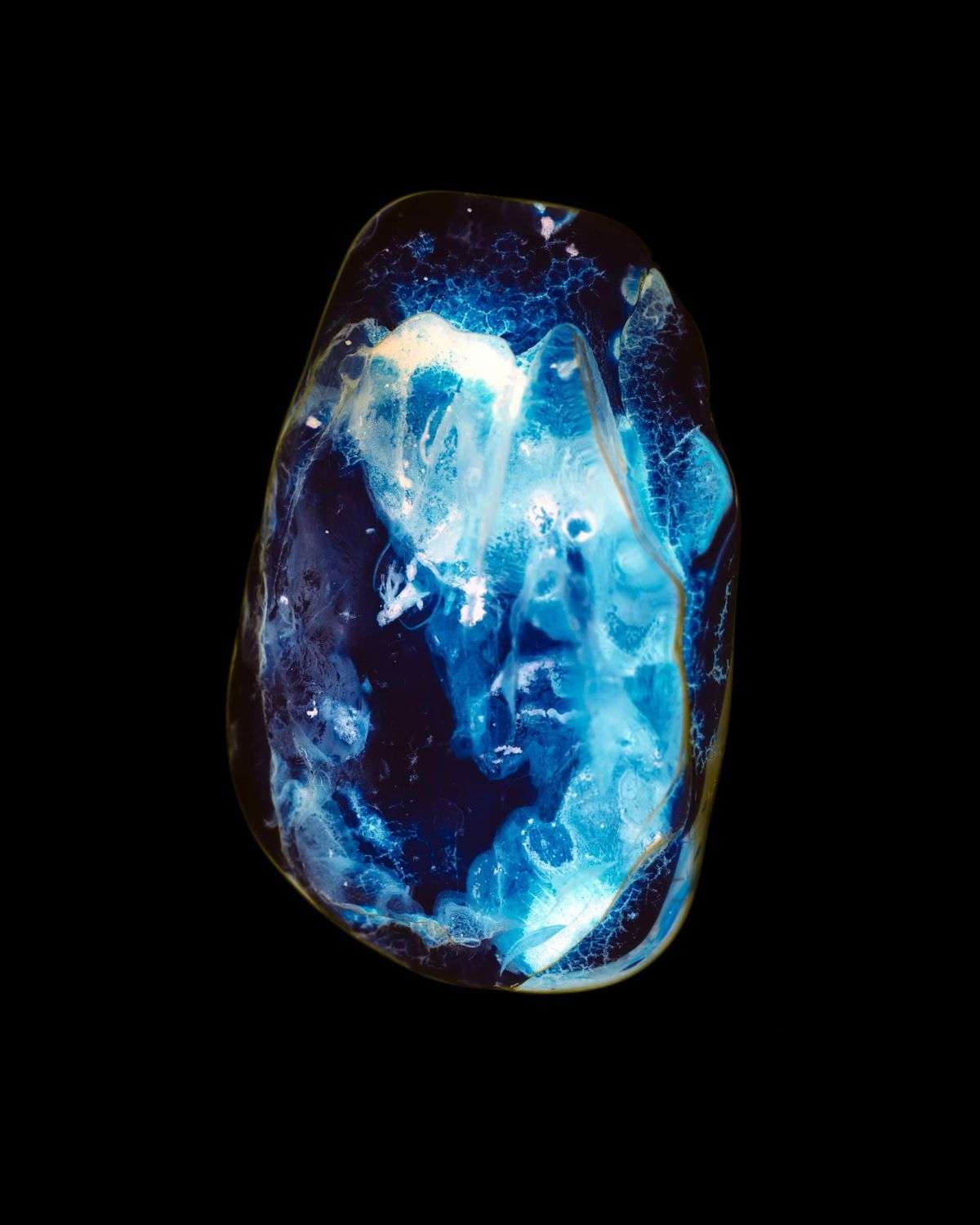 Baltic amber was projected onto light-sensitive photographic paper using the analogical foto lab and it’s physico-chemical process. The inversion of the colours, which normally turns the negative into a positive, turns the natural object into an abstracted image. Baltic Amber consists of orange coloured and hardened resin, often containing insects and plant remains from a long time ago. While the ability to store information in a translucent medium is reminiscent of the photographic negative, this work draws a connection from a natural phenomenon to a human made process, which normally is intended to capture a moment of time, creating images which show reality. The outcome in this case is an abstracted and artificial version of it. 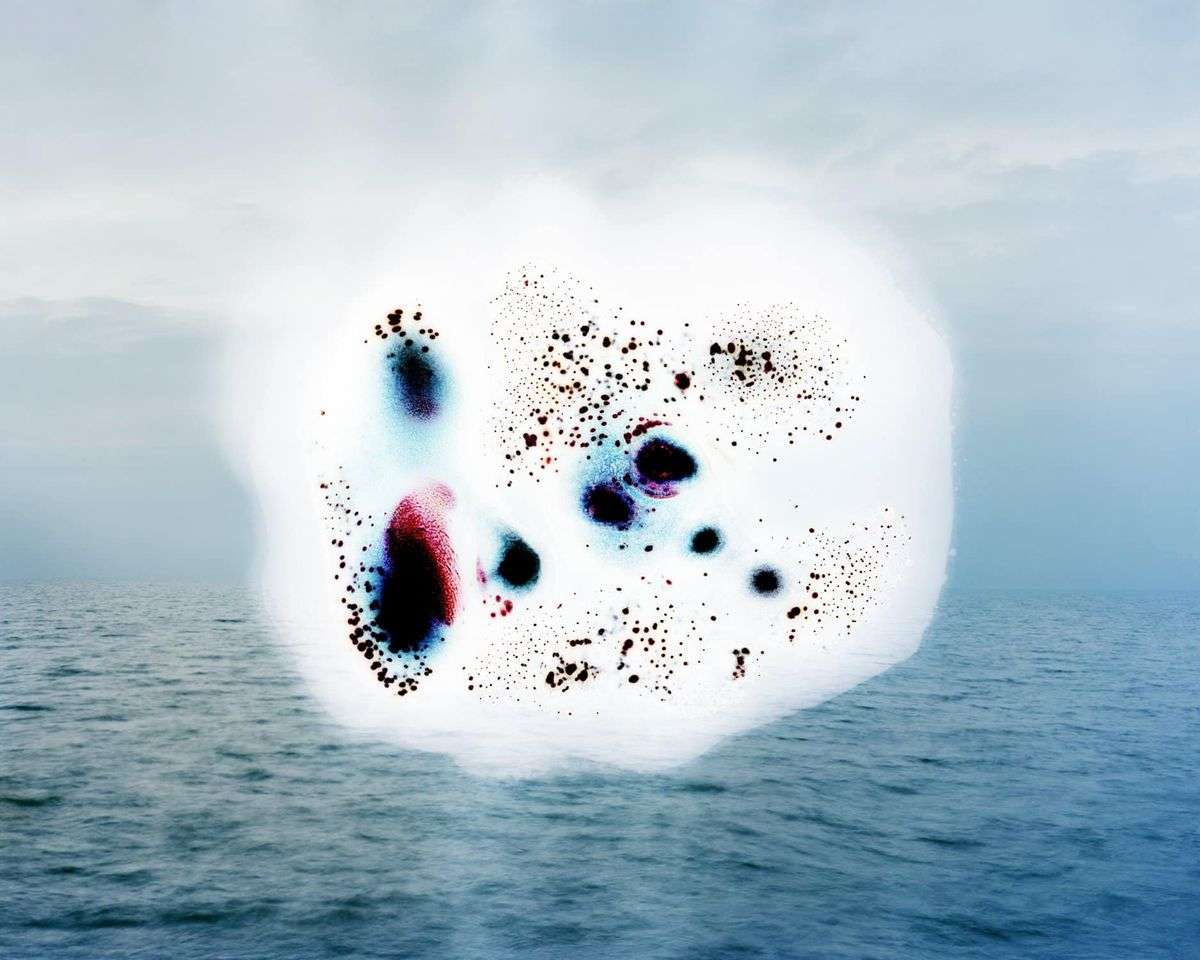 "Baltic Seascape" shows the enlargement of a burnt negative. The original photograph shows seascape of the Baltic Sea, which in some sections is polluted by bombs and ammunition remnants from the Second World War. The negative was damaged by a flame and in its enlargement creates an irritating effect, which invites to think about what is not visible from outside and what can't be depicted on a photograph.

Alexander Kadow was born in Winsen/Luhe in 1985.
He has been working as photographer and artist since 2011 and currently lives and works in Berlin.
His works focus on the medium of photography and its relation to reality. Both analogue and digital photographic techniques
are used to explore the purity and aesthetics of the medium.
After studying photography at Lette Verein Berlin from 2007 to 2010, he studied Fine Arts at Hochschule für bildende
Künste in Hamburg (HfbK) in the class of Adam Broomberg and Oliver Chanarin from 2015-2021 graduating
with an MFA in summer 2021.
In 2017-2019 he attended the master class of Ute Mahler and Ingo Taubhorn at the Ostkreuzschule für Fotografie
Berlin.
Scholarships
Future Photography Talent 2019 selected by Phototriennale Hamburg
https://futures-photography.com/artists/alexander-kadow
Upcoming exhibitions
06/2021 “Rotterdam Photo”, Rotterdam
07/2021 “Position. 2.0/21 Fabrik der Künste, Hamburg
10/2021 “Baltic Amber”, Solo Exhibition,