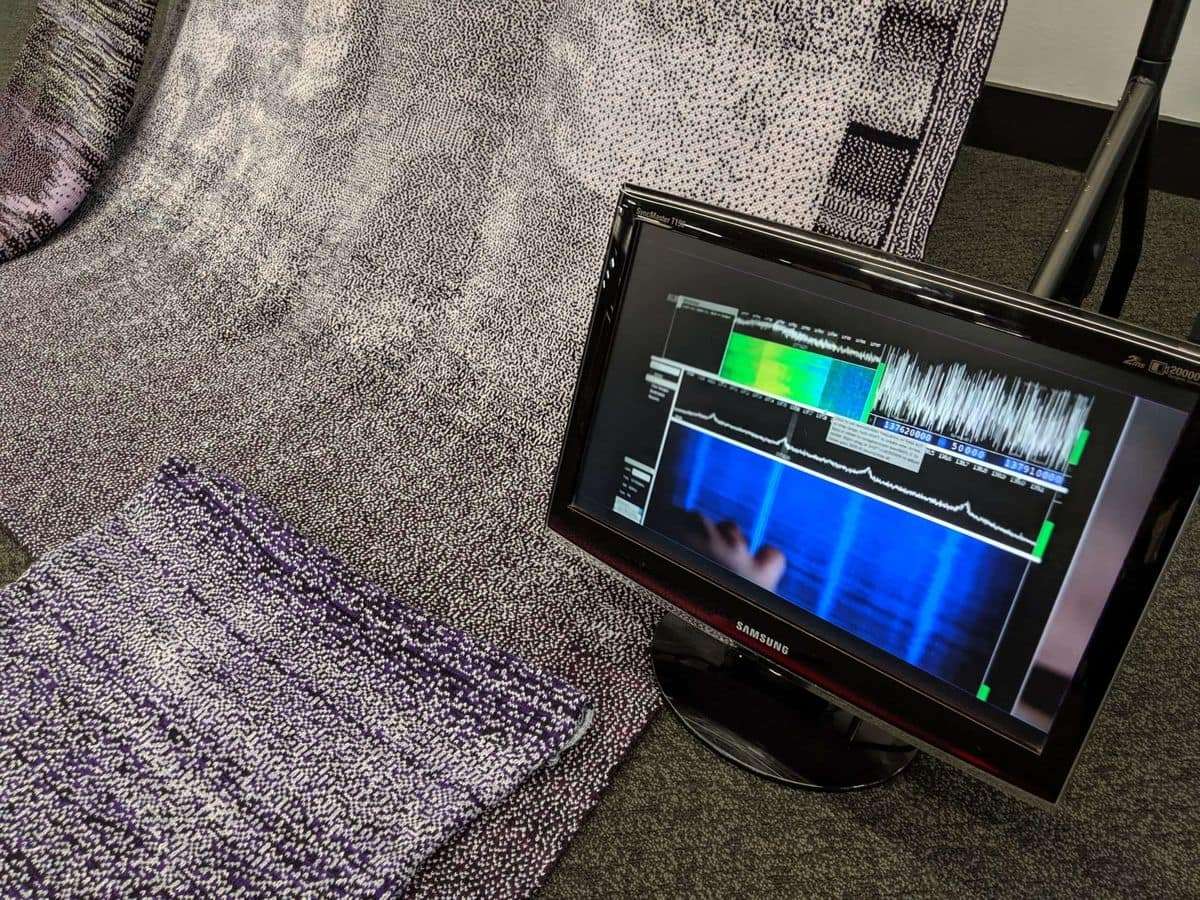 Listening Space is an artistic collaboration with textile designer and technologist, Audrey Briot which explores transmissions ecologies as a means of perceiving the surrounding environment beyond our human abilities. Conceptually the project seeks to define transmission ecologies as raw material for artistic expression, to understand and re-imagine in poetic means, representations of audio and images broadcasted from space, while regarding knitted textiles as a physical medium for memory storage and archiving. Through hands-on experimentation, we sought to intercept the NOAA weather satellites’ audiovisual transmissions using Software-Defined-Radio and hand-crafted antennas. The intercepted signals were then knitted into textiles that we named Satellite Ikats, as a means of physical archiving of the detection and decoding process. Textiles occupy a central place: we seek to enhance the human capability to sense and to embody the dialogues intercepted between earth and its satellites. 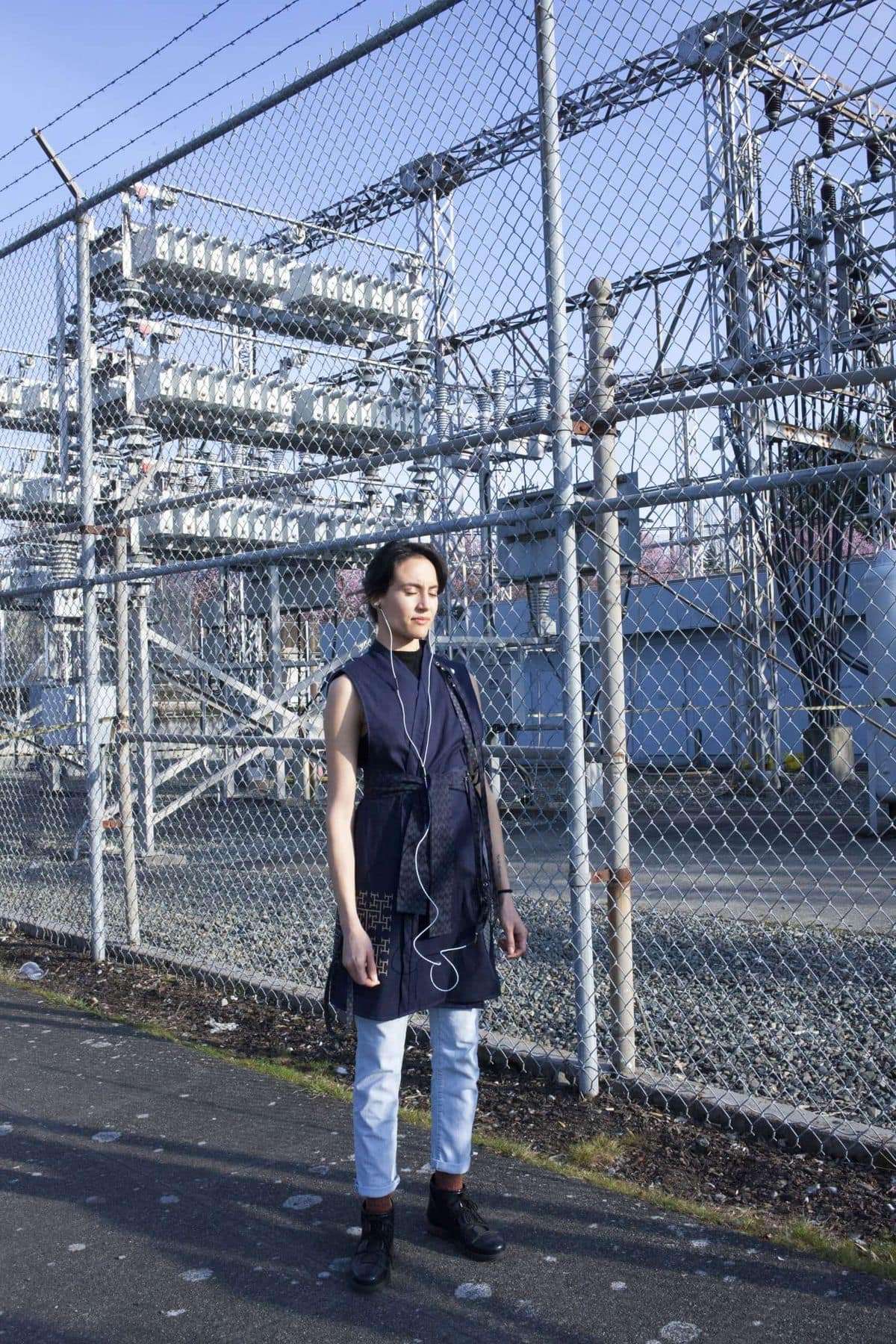 Following the quest to embody the invisible transmissions that surround us, in this wearable I explore the use of an IC mixer circuit to down convert the emissions from the NOAA weather satellite and make them audible. By continuing my research into textile antennas and fractal geometry as a means to detect radio-frequency (RF) transmissions, I aim to speculate about the body as an agent of power in a post-capitalist world, and to re-interpret transmission technologies through handmade crafting techniques. 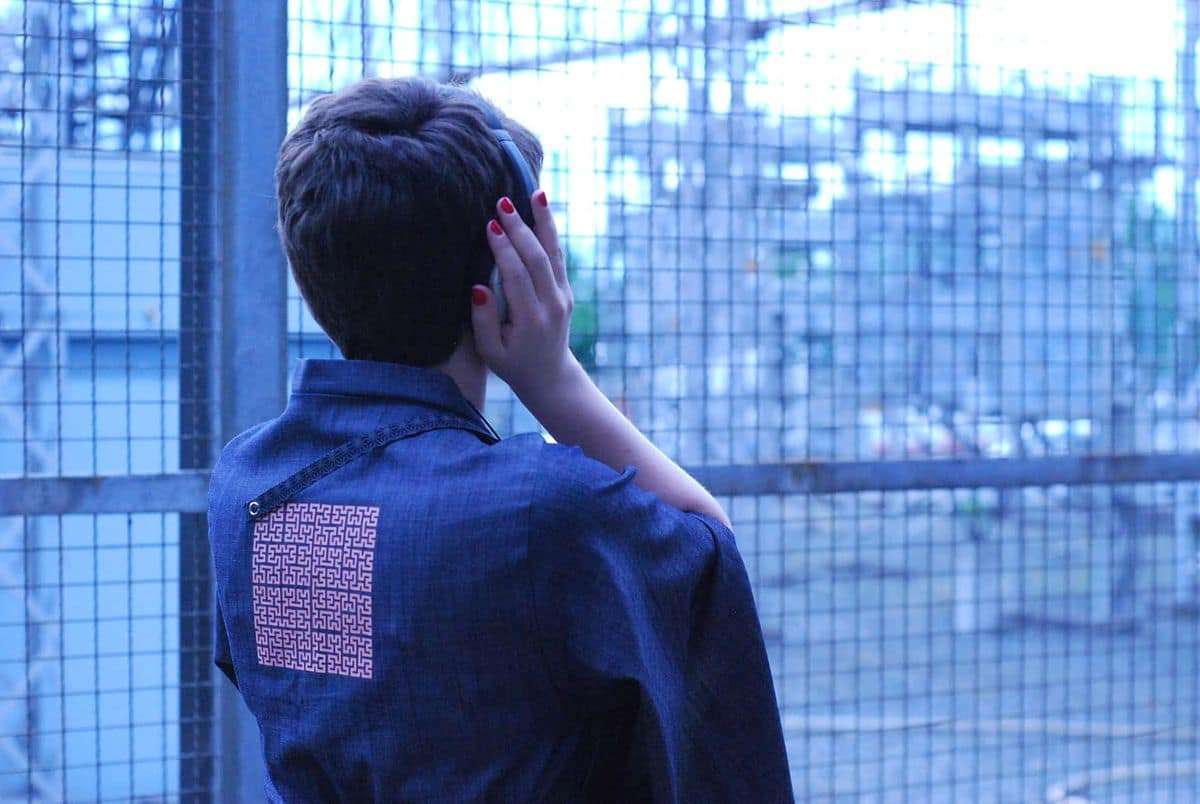 The miniaturization of electronic devices has led to the development of what is known as fractal antennas – miniaturized antennas that use an iterative function system to create a fractal element at a reduced size. The term “fractal” was first used by mathematician Benoit Mandelbrot in 1975. Mandelbrot based it on the Latin frāctus meaning “broken” or “fractured”, and used it to extend the concept of theoretical fractional dimensions to geometric patterns in nature. The intention behind this art and science research project is to experiment with different conductive materials and techniques, from laser cutting to embroidery to create fractal antennas that can be used as a hacking mechanism to sniff into hidden electromagnetic fields.

Afroditi Psarra is a multidisciplinary artist and an assistant professor of Digital Arts and Experimental Media at the University of Washington. Her research focuses on the art and science interaction with a critical discourse in the creation of artifacts. She is interested in the use of the body as an interface of control, and the revitalization of tradition as a methodology of hacking existing norms about technical objects. She uses cyber crafts and other gendered practices as speculative strings, and open-source technologies as educational models of diffusing knowledge. She holds a PhD in Cyberpunk and New Media Art focusing on the merging of science fiction ideas with performative and digital practices. Her work has been presented at international venues such as Ars Electronica, Transmediale and CTM, ISEA, Eyeo, Amber, Piksel and WRO Biennale between others, and at museums such as Bozar in Brussels and the Museum of Contemporary Art in Athens.